In Amman, an artist recycles plastic to raise awareness about the environment

Raising awareness about plastic waste: that's the mission of Amman-based artist Maria Nissan, who brings original works of art from recycling to life.… 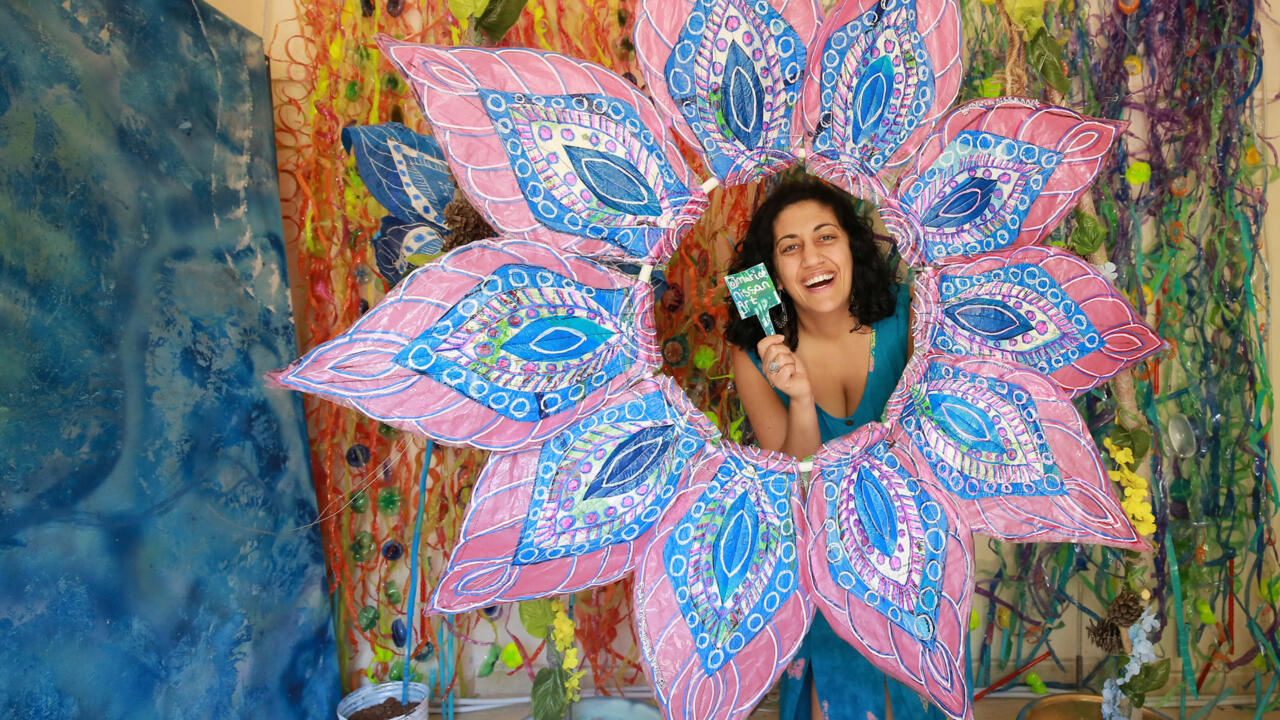 One of the best known is on the facade of a building in the Jordanian capital.

The Iraqi-American says she fell in love with Amman when she first visited the city three years ago.

But at the same time, she felt "anger" and "frustration" to see piles of rubbish in the streets and natural sites.

"Despite the beauty of the city, when you walk in the streets, you can see all kinds of waste," laments the 35-year-old woman.

"I can't ignore the many plastic bags (...), the glass bottles, the cans of soft drinks, the packaging," explains Maria, who likes to wear a dress made from the blue bags of 'Ikea.

Trained in drawing and painting in the United States and Italy, she decided to collect waste to give it a second life and make it into works of art, such as collages representing women's faces or flowers.

His house is filled with all sorts of plastic-based objects, ranging from toothbrushes to spoons, lighters and pens.

Maria Nissan, an American of Iraqi origin, creates a work of art from plastic bottles, May 17, 2022 in Amman Khalil MAZRAAWI AFP

"Art created from plastic is a concrete way (...) to raise awareness about environmental issues that affect Jordanians, their children (...) but also nature," she says.

"A (plastic) bottle thrown into a valley will take 450 years to decompose," she says, denouncing the effects of "microplastics that pollute the soil, water and nature".

Maria's work has been featured in 12 exhibitions across Jordan as well as in Italy and Greece, and featured on her Instagram channel @marianissanart, with the goal of changing mindsets and habits.

Jordanians use three billion plastic bags a year, of which only 7% are recycled, according to the United Nations Development Program (UNDP).

Maria invites people to avoid this type of product in favor of recyclable bags and advocates a tax on single-use plastic bags.

"The consequences of pollution caused by single-use plastic products don't show up right away, so it's hard to have people feel responsible for their own actions," she says.

Maria Nissan, an American of Iraqi origin, puts away plastic bags on May 17, 2022 in Amman to use them to make artistic works Khalil MAZRAAWI AFP

"It's nobody's responsibility until it becomes everyone's problem," she adds.