Former US President Donald Trump's influence on the Republican Party suffered a setback, last Tuesday, with the heavy defeat of the candidate supported by the former US president during an important primaries in the state of Georgia. 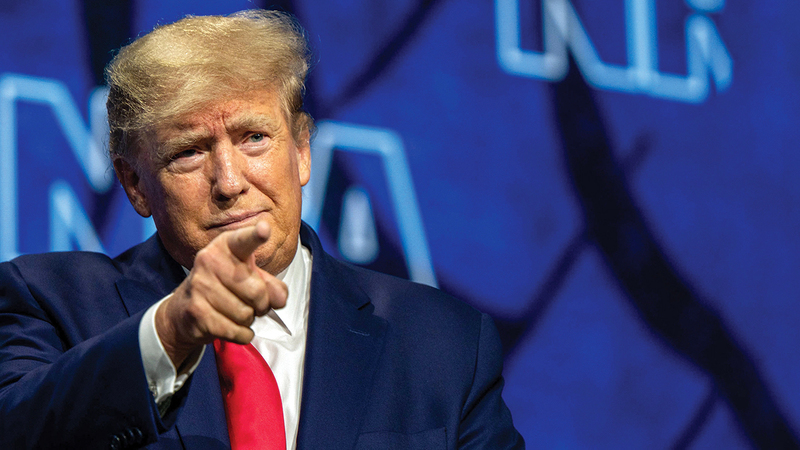 After his candidate suffered a great defeat

Former US President Donald Trump's influence on the Republican Party was dealt a setback, last Tuesday, with the heavy defeat of the candidate backed by the former US president during an important primary election in the state of Georgia.

The state's Republican governor, Brian Kemp, scored a big victory during the primaries, Tuesday, in preparation for his re-election, over David Perdue, the candidate through whom Trump tried to exercise all his political influence.

Trump has been focusing his efforts for a year and a half in this state, with a population of 10 million people, in which Joe Biden won by a narrow margin in November 2020, in an attempt to prove that the presidential elections were “stolen” from him due to “widespread fraud” that did not present any proof of it.

During this long election streak, Trump relentlessly blamed Brian Kemp, who refused to review the results of the 2020 presidential election, and tried to remove him from the position of governor.

But David Purdue admitted on Tuesday evening his defeat, which indirectly became a defeat for the former president, at a time when the results showed that he is 50 points away from Kemp, the winner.

And five other states held primaries on Tuesday, in preparation for the midterm elections scheduled for next November, but the attention of the political circles was drawn to Georgia.

Trump said, in a statement Tuesday morning, that "Brian Kemp failed Georgia," calling on his supporters in this southeastern US state to strongly oppose his candidacy.

To replace him, the former president supported the nomination of former Senator David Perdue, who supports the theory of "electoral fraud" in which millions of Americans still believe.

On Tuesday, Trump confirmed that "David Perdue has my full support" and has poured more than $2.5 million of his own money into the septuagenarian's campaign.

Perdue's defeat, then, raises the question of Donald Trump's actual dominance of the Republican Party, as he, along with money, has also put part of his political fortune in this campaign.

Mike Pence, Trump's vice president, who is said to be running for president, understood the bet.

Pence, who, like Brian Kemp, refused to hold up Biden's presidential election win, personally flew to Georgia to support the governor.

In addition to choosing a candidate for governor, voters in Georgia were invited to vote on a series of local posts.

And each time, the competition was between candidates who refused to disrupt the results of the 2020 elections and others who considered that the vote had been rigged.

But attention was focused, in particular, on the post of Georgia State Secretary of State who is authorized to supervise the proper conduct of the elections, whose existence a large number of Americans were ignorant of before the last presidential elections.

The local Secretary of State, Brad Ravensberger, opposed "finding" about 12,000 ballot papers in favor of candidate Donald Trump, despite a very remarkable phone call made to him by the president at the time.

Rafsenburger won the nomination this time as well.

He defeated former president-backed Judy Hayes, who, like dozens of other candidates across the country, says he wants to "restore integrity" to the US election.

Trump has injected into this campaign, along with the money, part of his political capital as well.