Election debate with cow release attracted many visitors in Haparanda

This weekend, there were happy cows, debating politicians, "old men's daycare" with machines and tractors, a farmers' market and a fiddler at Pesula Lantbruk in upper Kukkola in Haparanda. 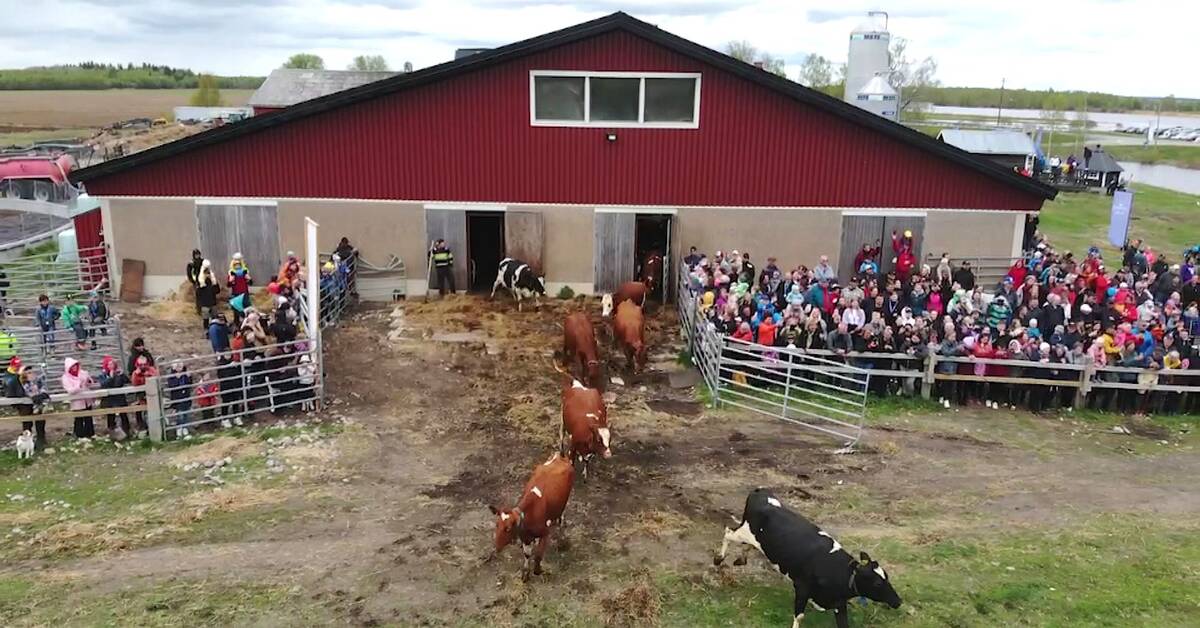 The grazing release was also broadcast on social media for those who could not come, but of course it was best on site when the weather was both sunny and windless, according to farmer Per Pesula.

- This was a record year when it comes to visitors.

A very happy and pleasant event which is the goal, he says.

What issues dominated the election debate between the municipal politicians in Haparanda?

- It started to get hotter when it comes to school policy, but it was a bit bad with rural policy, where we had wanted more.

Was there any idea of ​​mixing cow release and election debate?

- We do it to increase interest in municipal politics.

But the cows beat the politicians with horse lengths.

They are the main interest - then the politicians benefit from them, says Per Pesula.

The old men's daycare with lawnmowers, forestry and excavators and agricultural implements also attracted many visitors.

- So the old men are so ridiculous, as soon as it rumbles and sounds, they are drawn there.

In the video above, you see drone pictures of the happy cows in Haparanda that are released on green pasture.