Russia, which is invading Ukraine, has recently launched a general offensive in the Donbas region. There are suspicions that he even used a weapon called the devil's weapon. 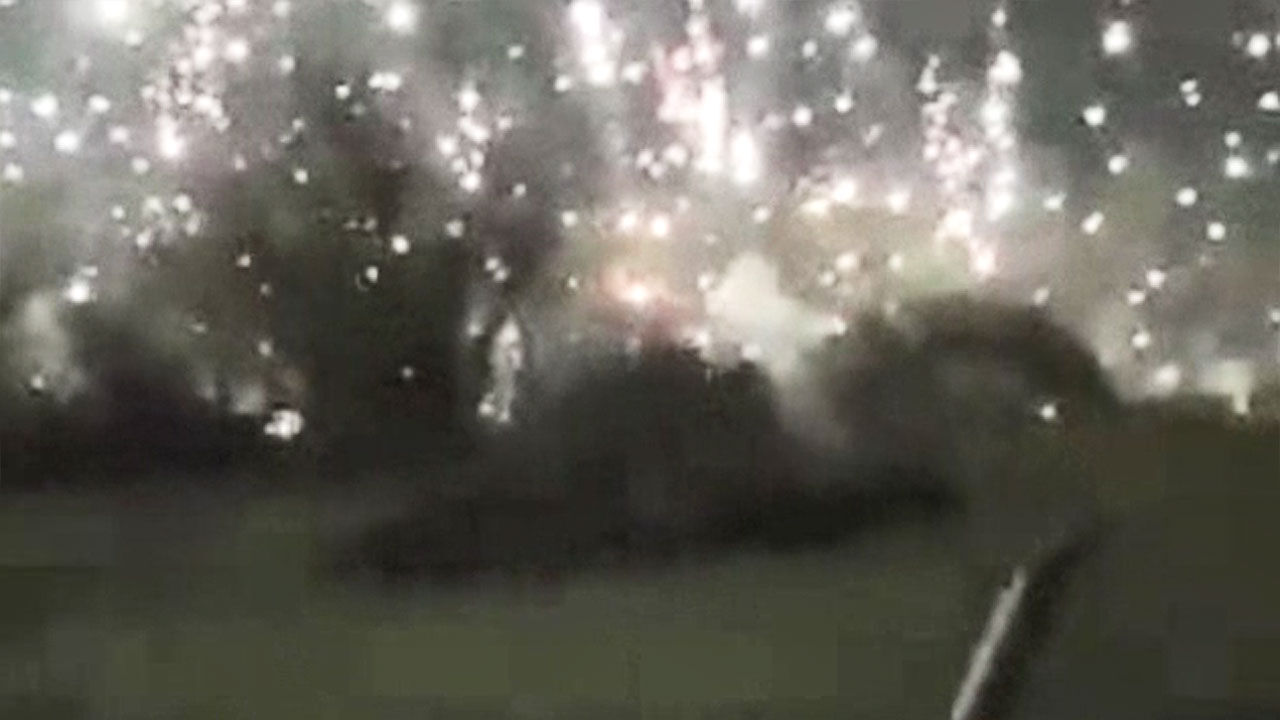 Russia, which is invading Ukraine, has recently launched a general offensive in the Donbas region.

There are suspicions that he even used a weapon called the devil's weapon.

Ukrainian President Zelensky called for help from the international community, saying that it is indescribably difficult.

Hundreds of embers fall into the night sky.

This video is known to have been filmed by the Ukrainian Army, and it is believed to be the Thermite incendiary bomb used by the Russian Army in the Donbas region of Ukraine.

Incendiary bombs that burn at a high temperature of over 2,000 degrees can cause serious burns, so they are called the devil's weapon and are restricted in use under international law.

On the 95th day of the invasion, Russian forces are concentrating their firepower on the eastern Donbas region.

The Riemann region, a major transportation hub, was recently captured by the Russian army, and fighting continues in Severodonetsk, Bakhmut, and Popanaya.

[Volodimir Zelensky / President of Ukraine: There (Eastern Front), the situation is indescribably difficult.

I just want to thank everyone who endured the Russian onslaught.]

So far, the United States and Europe have provided more than 9 trillion won to Ukraine, and Ukraine is demanding more than 6 trillion won each month.

In addition, the war is driving up oil prices as well as global food prices.

As a result, there are voices calling for Ukraine to negotiate.

[Henry Kissingji/Former US Secretary of State: Continuing the war to reclaim all territories can no longer be a war for the freedom of Ukraine.]

In the midst of this, members of the Russian Primorsky Provincial Assembly opposing party asked President Putin to immediately withdraw. It is analyzed that voices of dissatisfaction are growing within Russia, such as issuing a urging statement.