The High Commissioner for Human Rights, Michelle Bachelet, said today, Saturday, that her visit to China, which is accused of suppressing the Muslim Uighur minority in the name of combating terrorism, "is not the purpose of the investigation." 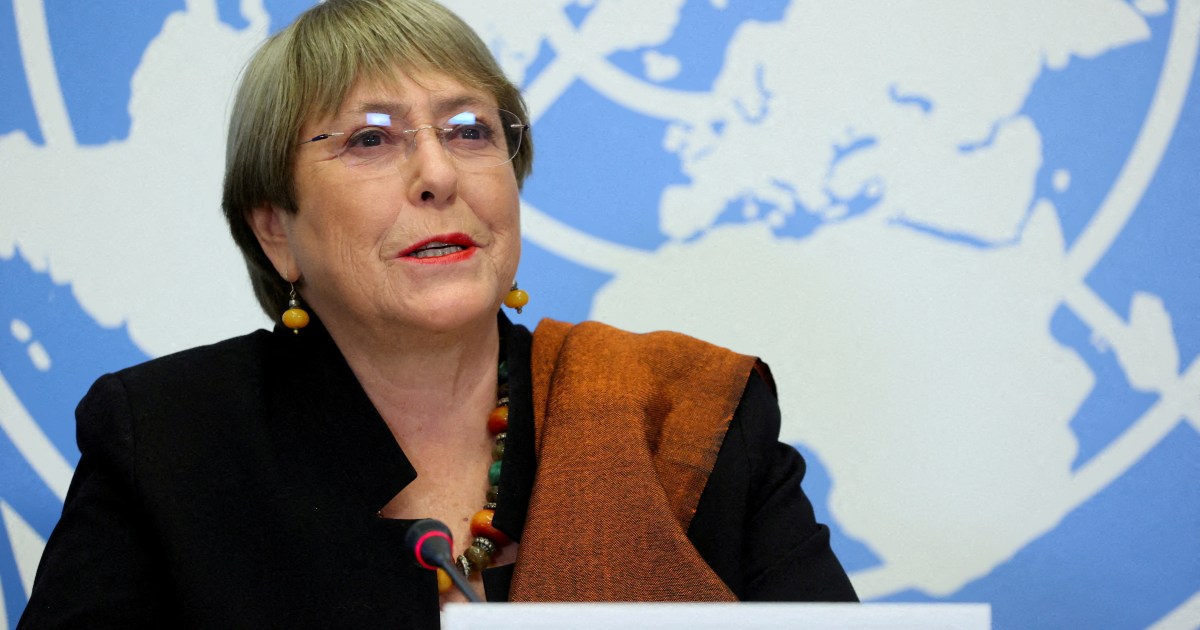 The High Commissioner for Human Rights, Michelle Bachelet, said on Saturday that her visit to China, which is accused of suppressing the Muslim Uighur minority in the name of fighting terrorism, "is not an investigation."

Bachelet added, during an online press conference, that she "heard" those who criticized her for not criticizing the Chinese government, stressing that she had spoken "frankly" with communist leaders.

The Xinjiang region (northwest China) has long witnessed bloody attacks targeting civilians, carried out, according to the government, by Uyghur separatists and Islamists in the name of combating terrorism, and the region has been under strict surveillance for several years.

While Western studies accuse Beijing of holding more than a million Uyghurs and members of other Muslim ethnic groups in "re-education camps", China denounces biased reports and talks about "vocational training centers" aimed at eliminating extremism.

After a multi-day visit to Xinjiang, Bachelet urged China to avoid "arbitrary measures" in the region, and said the regional government had assured her that the network of "vocational training centers" had been "dismantled".

The 70-year-old former Chilean president also stressed that Beijing "did not supervise" her meetings in Xinjiang, and said she had raised the issue of the separation of Uyghur families with the Xinjiang authorities.

"We are aware of the number of people who are seeking news of the fate of their loved ones. This and other issues have been raised with the authorities," she added.