Tour of Italy: Hindley dethrones Carapaz in the Dolomites

Australian Jai Hindley (Bora) dethroned Ecuadorian Richard Carapaz in the Tour of Italy on Saturday in the 20th and penultimate stage won by Italian Alessandro Covi (UAE) at Passo Fedaia. 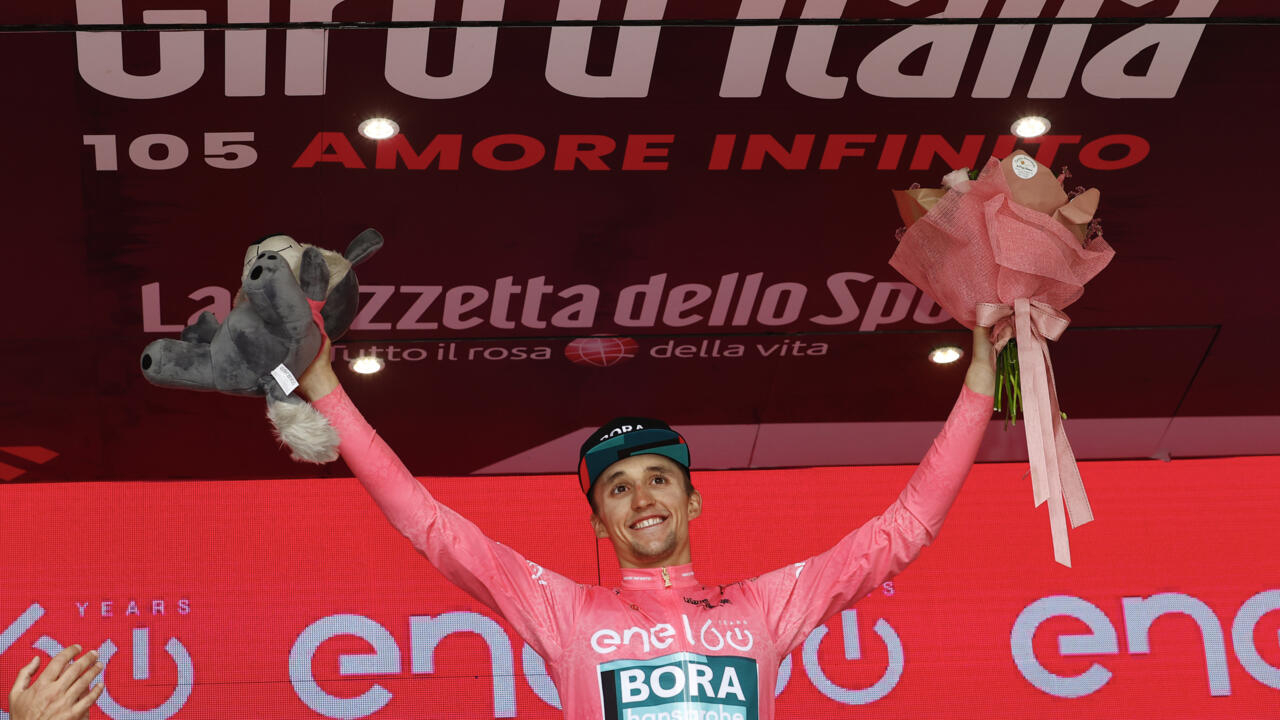 Carapaz lost nearly a minute and a half to Hindley in the final three kilometers of the big Dolomites stage.

The Australian will arrive at the start of the time trial on Sunday in Verona with a lead of 1 min 25 sec over the Olympic champion, who has been wearing the pink jersey since the 14th stage.

For the stage victory, Covi preceded the Slovenian Domen Novak by 32 seconds and the Italian Giulio Ciccone by 37 seconds.

The joy of Italian Alessandro Covi, winner of the 20th and penultimate stage of the Giro, on May 28, 2022 at Passo Fedaia Roberto Bettini AFP

Covi, who came out of the breakaway in the Pordoi, 53 kilometers from the finish, approached the final ascent of Fedaia (14 km at 7.6%) with more than two minutes on a counterattack group and six minutes on the pack of favorites.

The candidates for the podium stayed together in the San Pellegrino then the Pordoi, the first two passes of the day, in the wake of the teammates of the Spaniard Mikel Landa.

They waited for the steepest slopes of Passo Fedaia to explain themselves.

Hindley started at 3.5 kilometers and bent Carapaz 2800 meters from the finish.

The wearer of the pink jersey, suffering, was even overtaken by Landa and conceded 1 min 28 sec to the Australian.

Hindley, 26, finished second in the 2020 Giro. That year he had donned the pink jersey on the eve of the finish and lost it in the final time trial in Milan.

But he had approached the time equal in time with the future winner, the Briton Tao Geoghegan Hart.

Covi, a 23-year-old Piedmontese, won the Giro for the first time.

Last year, he took 2nd place in the Montalcino stage, on the "white paths" of Tuscany, and 3rd at the top of Monte Zoncolan.

On Sunday, the 17.4 kilometer final time trial takes the Torricelle circuit in Verona, used during the 1999 and 2004 Worlds.

The 2019 Giro won by Carapaz ended with an identical time, until the arrival in the famous arenas where the Italian Francesco Moser surpassed the Frenchman Laurent Fignon in a memorable edition in 1984.