The shocking story of the children who survived the Uvalde massacre: Salvador Ramos entered the classroom and said "you are all going to die"

On the eve of President Joe Biden's visit, the first testimonies of child survivors of the Uvalde massacre emerged this Saturday, describing the horror in... 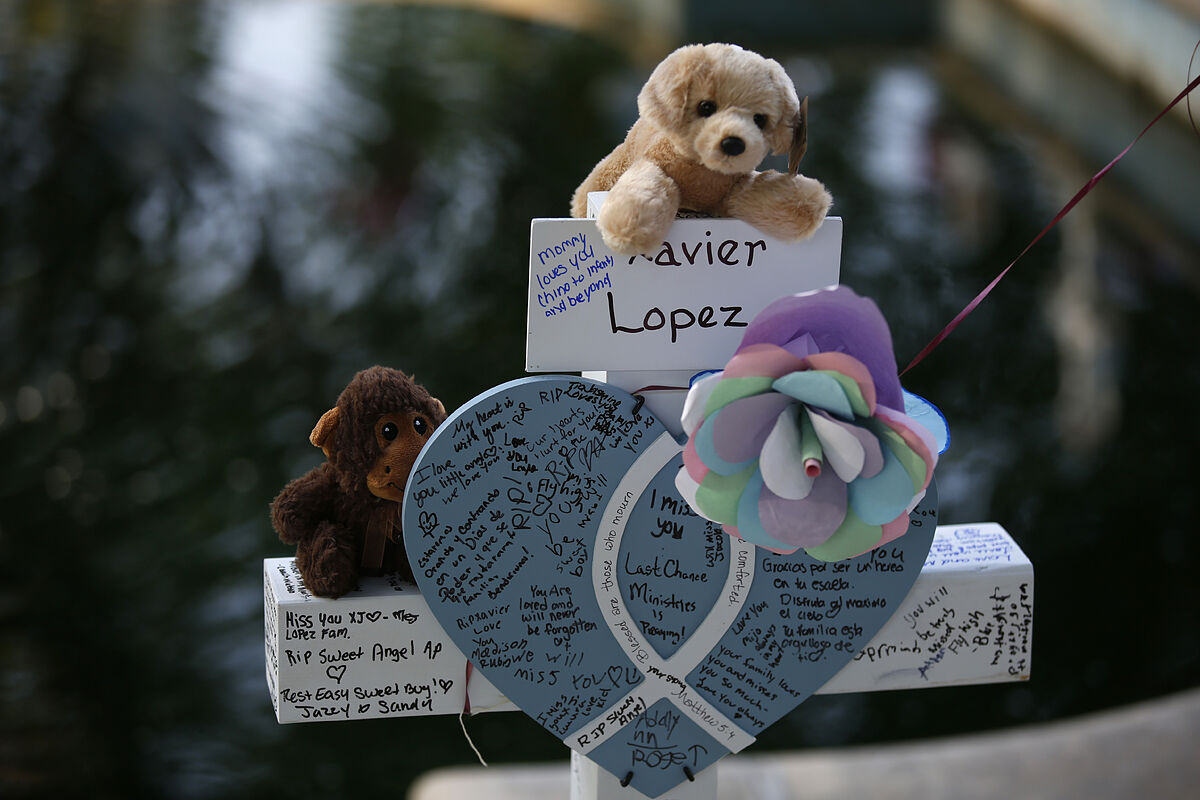 On the eve of President

's visit , the first testimonies of surviving children of the Uvalde massacre emerged this Saturday, describing the horror in this school in Texas, in the southern United States, where a young gunman killed 19 students and two teachers.

The day before, the Texas authorities had made their mea culpa, admitting that

the police had made a "wrong decision" by not quickly entering

the school after being alerted.

On Tuesday, it took the police about an hour to put an end to the massacre, despite several calls from children asking for an intervention.

The 19 agents who were at the scene were waiting for the intervention of a specialized unit of the border police.

this Saturday as the police chief of the Uvalde School District (Texas) who delayed the entry of the agents into the classroom for almost an hour.

Inside, a group of students was locked in a classroom with the shooter, Salvador Ramos, just 18 years old and equipped with a semi-automatic rifle and tactical vest.

Upon entering the classroom,

Ramos closed the door and addressed the children: "You are all going to die

"I think he was aiming at me," the boy confessed, but a chair between him and the shooter blocked the bullet.

Lying on the floor of the classroom covered in blood, Samuel Salinas, in order not to be the target of the shots, played dead.

On his side, Miah Cerrillo, 11, tried to escape the attention of Salvador Ramos in the same way.

The girl covered herself with the blood of a companion

, whose body was next to her, she explained to CNN, in an unfilmed testimony.

She had just seen the teenager kill her teacher, after saying "good night".

Another student, Daniel, told the Washington Post newspaper that while the victims waited for the police to come to their rescue, no one screamed.

"I was scared and stressed because the bullets almost hit me

His teacher, who was injured in the attack but survived, whispered to the students to "stay calm" and "be still."

A girl, also shot, had politely asked her teacher to call the police, saying she was "bleeding a lot," said Daniel, who can no longer sleep alone and has nightmares.

The children who survived

Samuel Salinas also stated that he had nightmares, in which he saw the shooter.

The thought of going back to school, or even seeing classmates again, is still terrifying.

"I don't really want to," he confessed, adding that he wanted to "stay home" and "rest."

These testimonies only accentuated the controversy surrounding the police reaction.

"there may not be any more survivors

However, the police received numerous calls from various people from the two affected classrooms, including one from a child at 12:16, more than half an hour before the police intervention at 12:50, warning that "between eight and nine students were alive," McCraw admitted.

On Sunday, the president of the United States and his wife

will go to Uvalde, to "share the mourning" of the inhabitants of this small town dismayed by one of the worst massacres with a firearm in recent years in the country.

This shooting, described in the American press as the

, in reference to the gruesome massacre in a Connecticut elementary school in 2012, has awakened the trauma of the United States by similar incidents with firearms.

The faces of the very young victims, between 9 and 11 years old, broadcast repeatedly on television, and the testimonies of their devastated loved ones have shocked the country, reigniting a wave of

calls for better regulation of firearms

, something that it has not yet been possible to agree in Congress due to deep divisions.

Biden, who has regularly denounced the "epidemic" of gun violence, has so far failed to pass any major legislation to control the sale and use of weapons by civilians.

The action of the Police in the Uvalde shooting is being the subject of numerous and angry criticisms by families and the general public on social networks and the media, considering that the Security Forces could have acted more quickly. .

Yesterday, the governor of Texas, the republican Greg Abbott, indicated that it is necessary to guarantee

of the police response to the shooting.