The double tragedy of Joe García: "He died of sadness because he could not bear to have lost his wife in the shooting"

Cruz Hernández, 43, remembers Joe García as an "endearing guy." He was a colleague of hers at a local supermarket, "a hard-working, responsible man,... 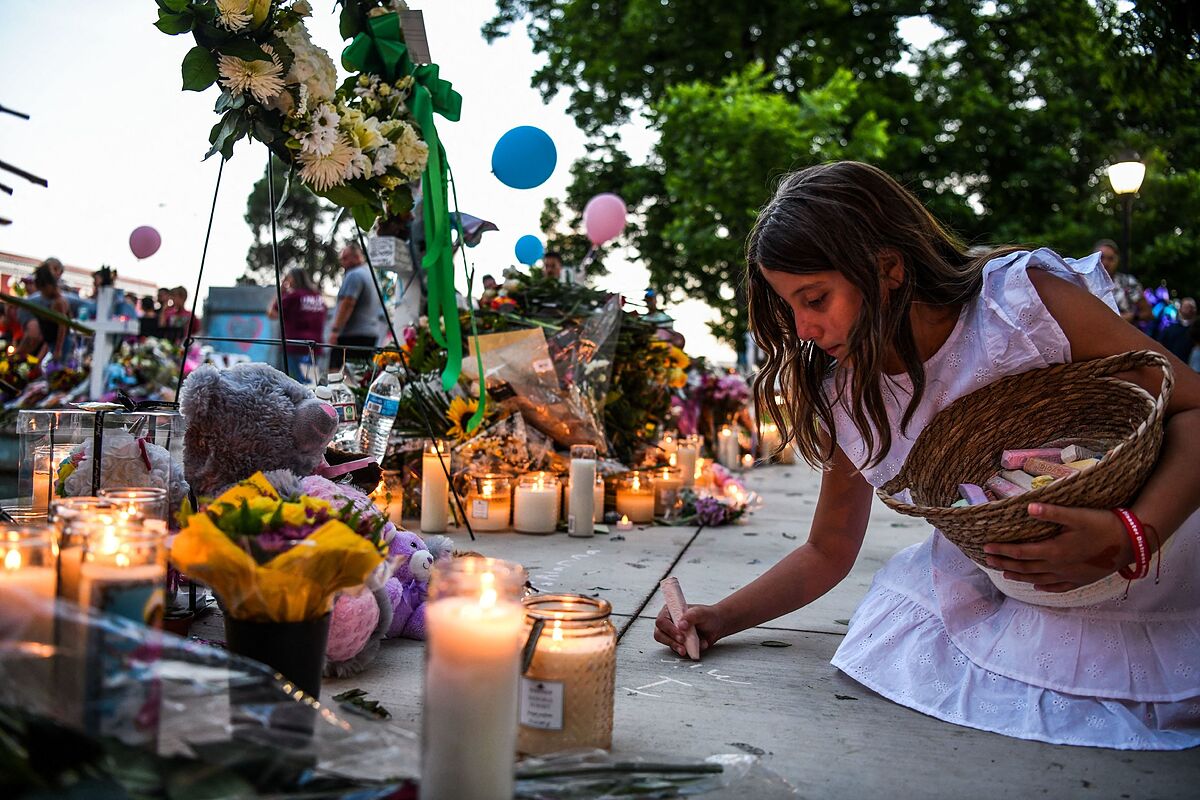 as an "endearing guy."

He was her partner in a local supermarket, "a hard-working, responsible man, an excellent father of her children, a devout Catholic."

And above all, a crush on his wife,

, one of the two teachers who died in the massacre at Robb's school in Uvalde, Texas.

On Thursday, shortly after returning from laying some flowers next to his wife's cross on the corner of the school,

he died of a heart attack at his

He had four children.

"I am convinced that he died of sadness, that he could not bear to have lost his wife

," Hernández tells EL MUNDO, who recalls that García traveled 80 miles every day -about 128 kilometers- to get to his job in From the river.

"Round trip, 160 miles, but always with a good attitude."

It is known about Irma García that, in addition to being "a great teacher", as Leticia recalls, an employee at the Uvalde public library, she had been a fourth grade teacher for more than two decades and that she tried to protect her students until the end.

When authorities entered the classroom where 18-year-old Salvador Ramos killed 19 children and another teacher, they found her lying on the floor,

"practically hugging the children to her last breath

," according to her nephew's testimony. , John Martinez, 21, a college student.

Many wonder today in Uvalde if the lives of García and the rest of the victims could have been saved if there had been a more rapid and decisive police intervention.

The last press conference of the authorities, on Friday afternoon, left spirits on fire and many doubts in the air, not only in this small town in Texas but throughout the country.

Steven McGraw, director of the Texas Department of Public Safety, assured that his agents

made a "wrong decision" by not breaking down the door

of the classroom where Ramos barricaded himself and caused the massacre.

In total, 19 police officers entered the school compound, as many as children killed in the worst massacre at a school in the United States since Sandy Hook, Connecticut, but

decided to back off and wait for tactical squads to arrive

from other parts of Texas. .

They assumed that the shots directed at the door were an indication that no one was left alive inside, and decided to enter into a negotiating phase with the shooter,

However, there is evidence that some children were still alive or in need of medical assistance while authorities waited outside for reinforcements to arrive.

"In hindsight from where I'm sitting now, there were clearly children in the room. They were clearly at risk," McCraw said.

"There could be children who were injured, who were shot but were only injured

, and it's important to save lives to get there immediately and help."

The story of some Uvalde neighbors has also circulated about

, and that her conversation caught the attention of Ramos, who did not hesitate to shoot her, an unconfirmed version.

In fact, McGraw himself indicated during the press conference that

-emergency service- from inside class 112 at 12:16 noon, 45 minutes after Ramos entered the school, and indicated that there were "eight or nine students alive".

It is still unknown if these young people referred to in the call are part of the final count of victims or if they managed to survive.

"Those kids were calling 911 for help.

," he told The New York Times.

That hour after the initial discharge of the shots is critical, according to experts.

Nobody knows today in Uvalde how many lives could have been saved.