Euphoria in Cibeles after Real Madrid's 14th Champions League: "We are the kings of Europe"

With the final whistle at the Stade de France, the party was immediate. Real Madrid had beaten Liverpool 1-0, winning their 14th Champions League and, following the... 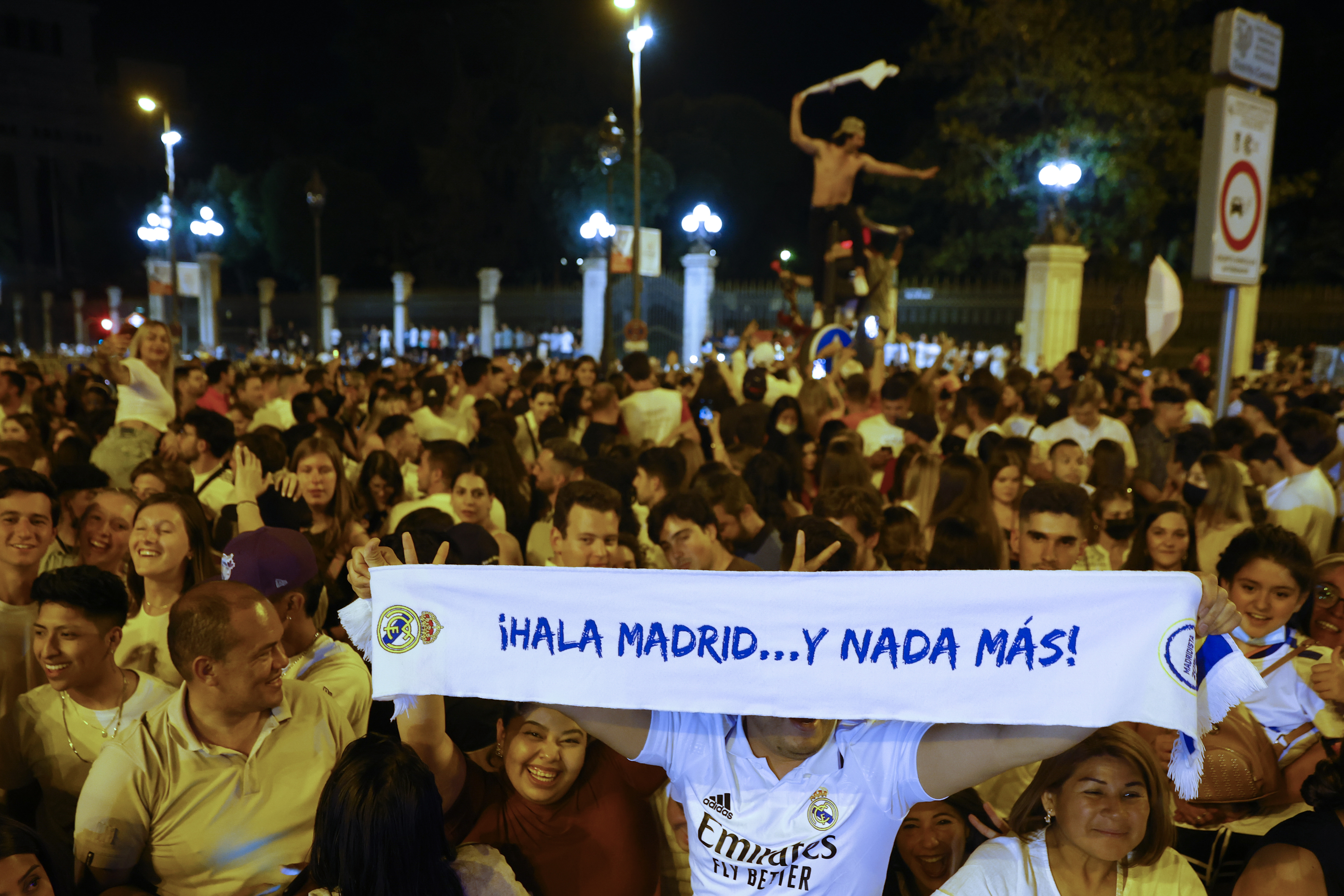 With the final whistle at the Stade de France, the party was immediate.

and, following tradition, hundreds of Madridistas began to disembark at Cibeles.

"We are the kings of Europe," shouted four friends, among the first to arrive at this central square,

which soon filled with onlookers and fans

"She has suffered enough, but we already have her... One more," said a young man leaning against the separation fences.

Nearby, Iván, from Zaragoza, declared himself on his knees to a Mexican student before the Telemadrid cameras.

I would have to consult my boyfriend

, who lives in Germany," the girl replied.

And, with good humor, he accepted the refusal of the gallant attempt.

The mild temperature of the Madrid night invited us to go out into the street.

Shouts and chants provided the soundtrack

to a celebration in which the most chanted name was

The Belgian goalkeeper, MVP for the fans thanks to his saving saves, conquered the hearts and proclamations of Madrid.

on Monday I telecommute

," said another young man, half stuck, the result of an early celebration drenched in alcohol.

, for his physical work, were also remembered at this

As happened a few weeks ago after the conquest of the League, the vast majority of those present did not want to miss the opportunity to

with the Goddess Cibeles.

"You don't suffer with Madrid, I was sure we were going to win," said a veteran, decked out in the Madridista jersey.

Although his calm was not shared by the majority of attendees, who recognized that this Champions League

"has been all suffering"