The 6.1 local elections are four days away. The preliminary voting, which took place yesterday and today, has now ended. As of 7 p.m., the turnout was 20.6%, which is already the highest in the history of local elections. 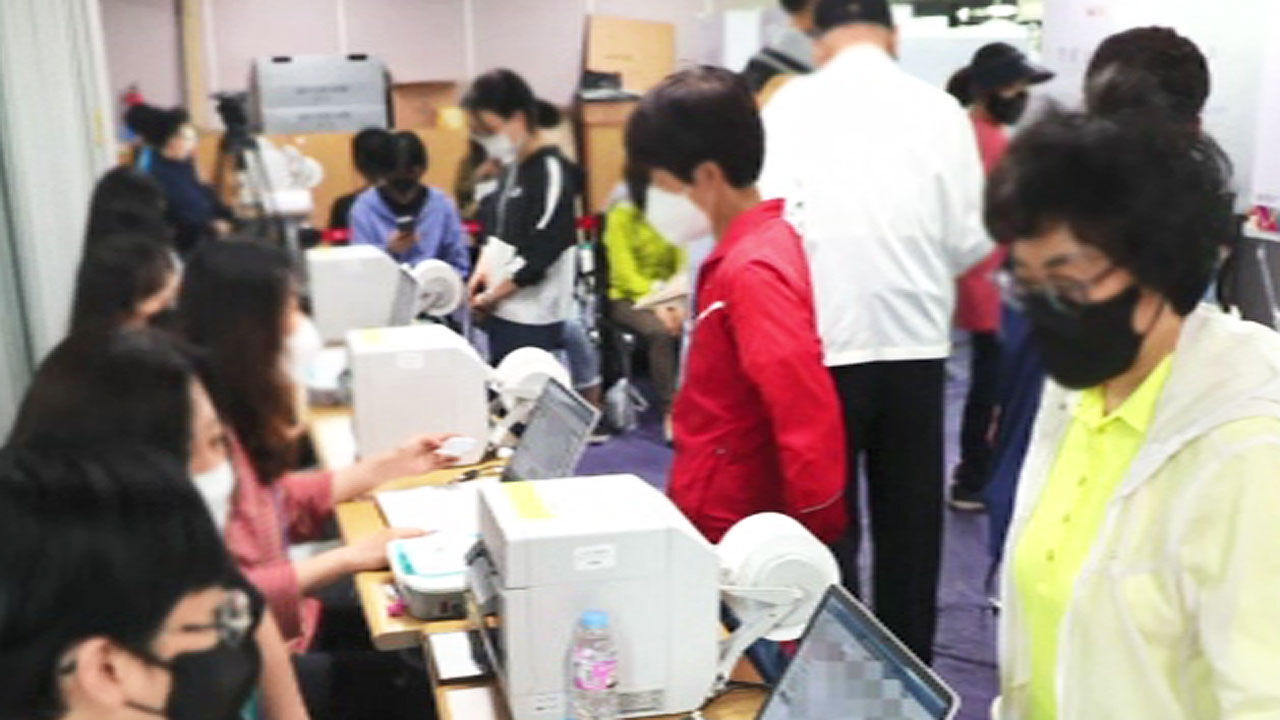 6.1 local elections are four days away.

As of 7 p.m., the turnout was 20.6%, which is already the highest in the history of local elections.

At a community center in Mapo-gu, Seoul, a line of voters who came to vote in advance continues downstairs.

I had to go somewhere on the voting day, so I came out to (vote) in advance.]

[Jeong Nan-suk/Mapo-gu, Seoul: As a citizen, it’s your duty.

(Corona 19) is a bit uneasy, but we voted cautiously.]

This is the highest turnout since the introduction of early voting in the 2014 local election.

However, it was lower than the presidential election in March and the general election last year.

By region, Jeonnam had the highest turnout at 31.0%, followed by Gangwon and Jeonbuk.

Daegu was the lowest at 14.8%, while Gwangju and Busan also had less than 20% of voter turnout.

Corona 19 confirmed and quarantined people are voting from 6:30 p.m. to 8:00 p.m. When all these votes are closed, the early voting turnout is expected to rise a little.

The National Election Commission expects that the final turnout will exceed 60% if the main voting is included four days later, as the early turnout has reached an all-time high.