A delayed kick-off, a disputed goal disallowed by video arbitration... The Champions League final won on Saturday by Real Madrid (1-0) was marred by scrambles, but illuminated by... 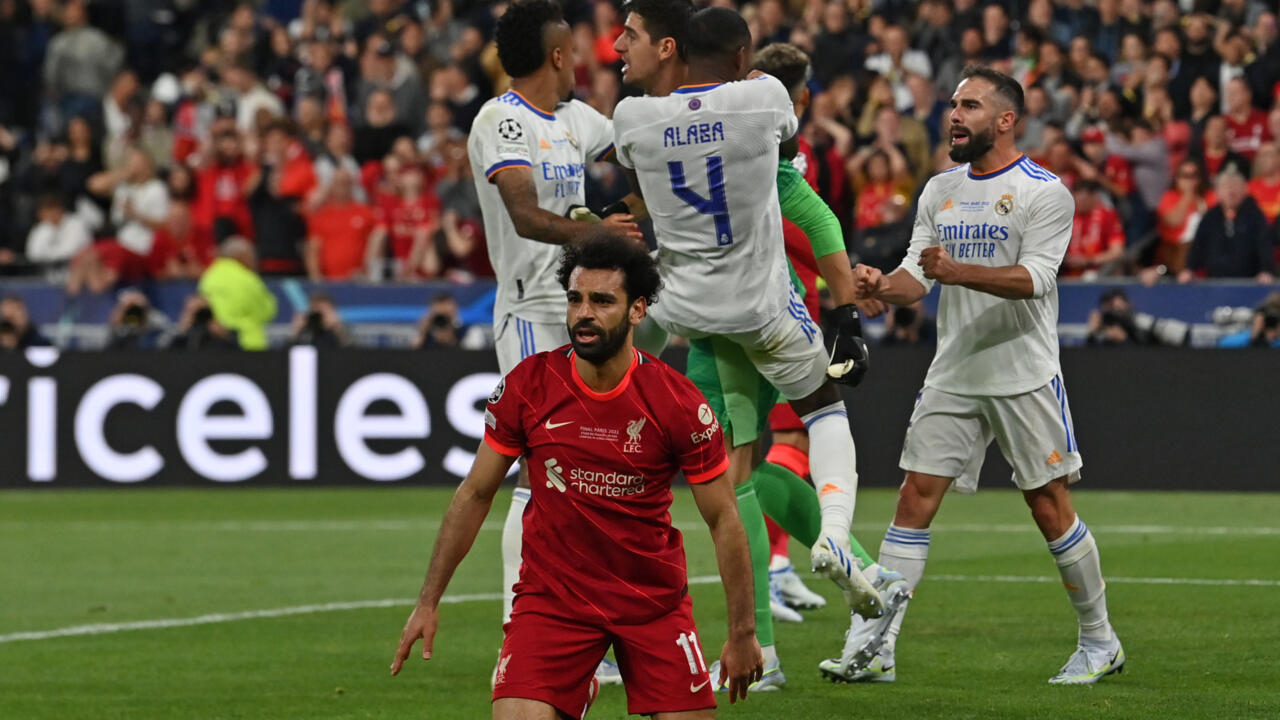 Already twice winner of the C1 as a player, Carlo Ancelotti became on Saturday the first coach to have four European championship titles, two with AC Milan (2003, 2007) and two with Real (2014, 2022).

Here is "Carletto" alone in the pantheon of European coaches, ahead of Bob Paisley and Zinédine Zidane (three trophies each), a month after becoming the first technician crowned champion in each of the five major national championships.

The joy of the Italian coach of Real Madrid, after the victory, 1-0 against Liverpool, in the final of the European Cup, on May 28, 2022 at the Stade de France in Saint-Denis Anne-Christine POUJOULAT AFP

And his choices, like that of establishing Fede Valverde, decisive passer on the opener, paid off, as did his good nature so vaunted by his players.

He alone sickened the Liverpool attackers: Belgian goalkeeper Thibaut Courtois was impressive in the Madrid cage on Saturday, multiplying the reflex parades.

Two stops particularly marked the spirits: his headline to deflect Sadio Mané's shot on his post (21st), and his splendid horizontal dive in front of Mohamed Salah (64th).

The summary of a masterful season for the Belgian, almost as decisive in his saves as Karim Benzema in his goals (15 in C1 this season).

Next October, the French striker, winner of his fifth C1, will be a huge favorite for the Ballon d'Or, Courtois will have greatly deserved a consolation prize...

If Paris obtained the organization of the match off the cuff, withdrawn to Saint Petersburg after the Russian invasion of Ukraine, the French organizers did not shine by their efficiency with serious problems of access to the stadium which delayed kick-off by more than 30 minutes.

As the match approached, thousands of supporters grew impatient in front of the gates of the stadium, where the filtering was done only drop by drop.

The fault, according to UEFA, to supporters who bought "fake tickets" that did not work in front of the turnstiles.

This prompted some supporters to force access: an AFP journalist noted various intrusions at the forecourt of the stadium.

Fans without tickets try to climb the gates of the Stade de France in Saint-Denis to attend the European Cup final between Real Madrid and Liverpool, May 28, 2022 Maryam EL HAMOUCHI AFP

"I'm not sure it's possible to organize an event worse, even trying. Absolutely messy and dangerous," summarized Gary Lineker, former glory of English football turned consultant, on Twitter.

Finally, the kick-off was given at 9:36 p.m. after a long wavering which did not highlight France's hosting capacities one year from the Rugby World Cup and two years from the Olympic Games in Paris...

VAR in the fog

Was there a goal from Benzema just before the break?

Video Refereeing (VAR) was slow to rule and dismiss the Frenchman's goal for offside because while his position indeed looked advanced, the identity of the player passing the ball to him seemed unclear: was it a partner or the middle of the Reds Fabinho?

Real Madrid striker Karim Benzema scores a goal against Liverpool, ultimately disallowed after viewing the VAR, in the European Cup final on May 28, 2022 at the Stade de France in Saint-Denis Thomas COEX AFP

A thorny case, difficult to disentangle, for which the French referee Clément Turpin used video assistance.

And after long minutes, much to the misunderstanding of Madrid fans, the goal was disallowed.

Too bad for Clément Turpin, the first French referee for 36 years to direct the final of the European queen event, who also signed a rather controlled match: first card only at the hour of play, communication with the players and desire to let the game live by whistling few faults.