“In Ukraine, we are witnessing lethal and non-lethal genocidal acts”

"There is a serious and imminent risk of genocide in Ukraine," says a report conducted by more than thirty eminent international jurists and experts. This is the first independent report on the matter.… 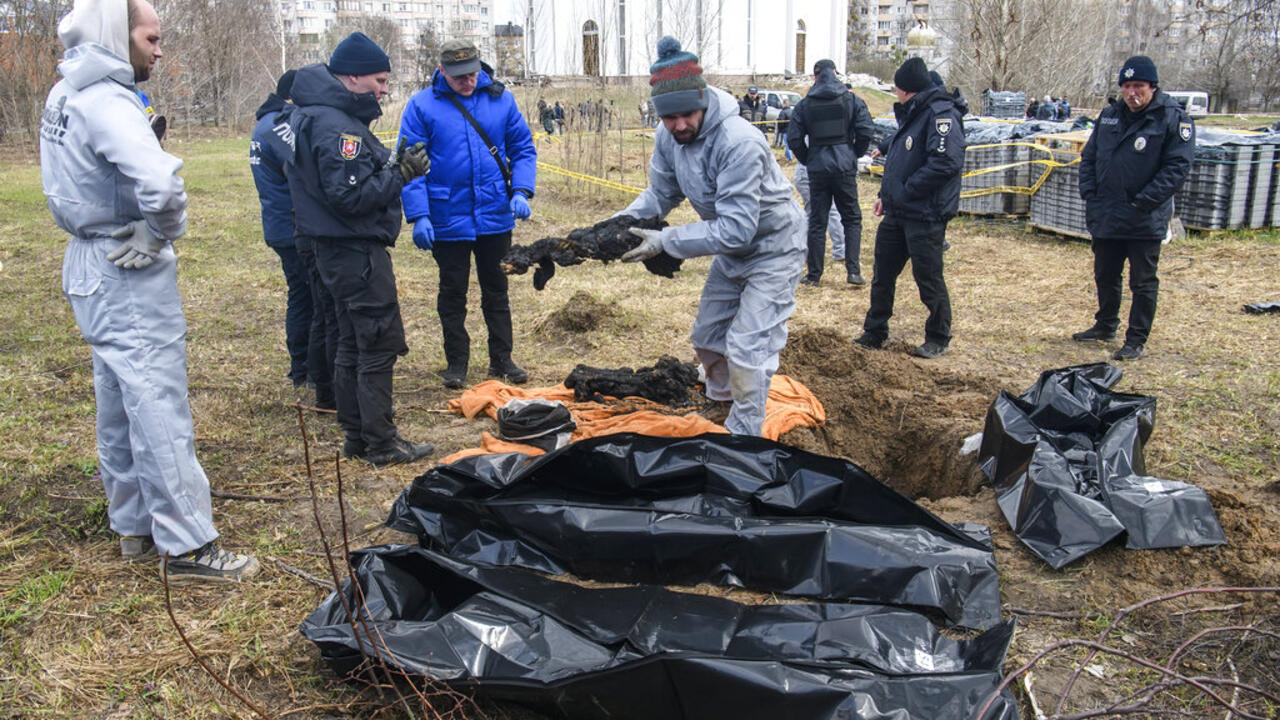 “In Ukraine, we are witnessing lethal and non-lethal genocidal acts”

There is a serious and imminent risk of genocide in Ukraine

," says a report conducted by more than thirty eminent international jurists and experts.

This is the first independent report on the subject.

It also reveals that Moscow is already in violation of the Genocide Convention.

Emily Prey of the New Lines Institute for Strategy and Policy, one of the authors of this report, spoke to RFI.

RFI: What are the facts that lead to the conclusions of this report on "

an imminent risk of genocide

Russia has committed two breaches of the Genocide Convention.

The first is incitement to genocide.

This essentially means that Russia, from the highest levels of the Kremlin down to the lowest rungs, is waging a propaganda campaign to incite genocide, portraying Ukraine and the Ukrainian people as an existential threat to Russia. .

This enables and conditions the Russian people to accept and tolerate, even encourage the atrocities that take place because they see them as defensive measures.

The second offense is the intention to destroy the Ukrainian group, there are several actions that Russia is already taking in this direction.

They resorted to sexual violence and rape.

They forcibly transferred over 100,000 Ukrainian children away from their families out of Ukraine to Russia.

There are deliberate attacks on shelters and humanitarian corridors.

All this shows that there is an intention behind Russia's actions in Ukraine to destroy the Ukrainian national group.

These two points give us reasonable grounds to conclude that there is an ongoing genocide.

What we can conclude, however, without a doubt, is that there is a serious risk of genocide.

And I want to make it clear that this in no way diminishes the crimes that are happening and being perpetrated by Russian forces right now, because a serious risk of genocide is always a violation of the Genocide Convention and always triggers the duty to prevent other signatory states under international law.

Within Russian propaganda there is the idea that the Ukrainian people and the Russian people are one.

It is therefore all the more difficult to imagine an ongoing genocide against a brotherly people.

In reality, the different types of genocides are divided into five axes.

There is only one which is lethal and which concerns mass killings.

The other four are not lethal.

It is possible to destroy a group in its entirety or in part, by preventing births for example or by separating children from their families.

Thus, in Ukraine, we are witnessing lethal and non-lethal genocidal acts.

The issue of sexual violence was particularly mentioned when discovering the atrocities committed in Boutcha.

Were you able to prove that it was a systematized practice?

Yes, there is a pattern of sexual violence and it stems from incitement to genocide.

There are reports of soldiers explicitly threatening "

to rape all Nazi whores

This kind of propaganda that comes from Russia allows the Russian forces to consider the Ukrainians they encounter as subhuman.

So they commit these heinous crimes.

But sex crimes are often under-reported or not reported at all.

We will therefore never know the total number of victims of sexual violence in this war.

But in our report, there is a section that we dedicated to sexual violence and rape, and it shows how rape can be evidence of genocidal intent.

So, for example, last month the Commissioner for Human Rights of the Ukrainian Parliament, Lyudmila Denisova, reported that Russian soldiers held a group of Ukrainian women and girls in a cellar for 25 days and repeatedly raped them, telling them: "

We are going to rape you until you no longer want to have sexual contact with another man to prevent you from having Ukrainian children.

This is a very clear example.

Every day that world leaders drag their feet on taking stronger actions against Russia and Putin is another day for Russian forces to have the opportunity to commit the most heinous and unspeakable crimes against the Ukrainian people.

What actions should signatory states take?

Does acting mean going to war?

It's really important to remember that the Genocide Convention is about prevention, not just punishment, which people often forget, and we're in a unique situation where we see potential genocide unfold before our very eyes.

The evidence is there and the States have the capacity to stop it, therefore to prevent it.

They must do all they can to protect Ukrainians at risk, which could mean opening more humanitarian corridors, opening their borders, taking in more refugees and helping to put in place protective measures on the ground.

States can do many things without going to war and the Genocide Convention in no way calls on States to go to war.

There are many options, and we hope this report will provide the necessary evidence for states to use their options.

Your institute has worked on other genocides such as that of the Uyghurs in China.

What makes you think that states will do more for Ukraine than they did for the Uyghurs?

In fact, countries around the world have put a lot of effort in favor of the Uyghurs but as you know, we are not at war with China so the newspapers talk about it less.

Several countries have used our report as evidence to determine that genocide was taking place in China, which is the first step for action.

A forced labor law now prevents the import of products made by slaves into the United States.

We also work through diplomatic channels.

Of course, this is not enough.

In the particular case of China and the Uyghurs, money and power are central.

China has paralyzed the UN by buying the silence of many countries and by intimidating and threatening others.

But when it comes to Russia, we've really seen the international community come together in quite an amazing way to support Ukraine.

Some countries support Russia but the vast majority are behind Ukraine.

Moreover, we watch the war unfold in real time on social networks and in the media.

We can see everything that is happening.

It's not a secret.

No matter how powerful Russia is, it's nothing compared to what we can clearly see Russian forces doing in Ukraine.

And again, I really hope that this report can be used as evidence by states when doing their duty under international law to prevent and punish genocide.