Uvalde massacre in Texas: police under fire from critics

Police in Uvalde, Texas are under fire Thursday on suspicion of taking too long to intervene at the school where an 18-year-old teenager killed 19 children and two female teachers. President… 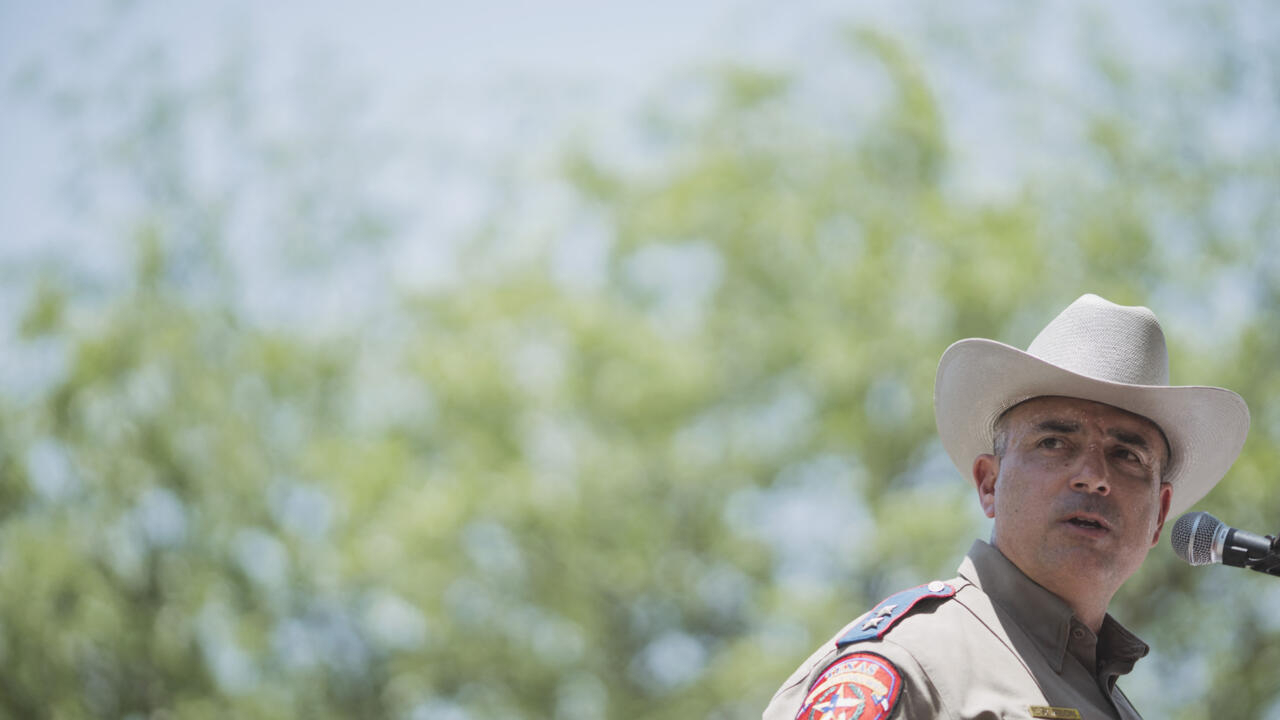 Police were under fire on Thursday, May 26 in Texas, suspected of having taken too long to intervene in the Uvalde school where an 18-year-old teenager killed 19 children and two teachers on Tuesday.

During a press conference, a police official, accused of passivity, suffered a barrage of questions from the press, without answering many of them on the exact course of the killing.

The White House has announced that President Joe Biden will travel with his wife to the site on Sunday to "share the grief of the community" of this small Texas town devastated by one of the worst shooting massacres in recent years in the world. country.

According to a video and numerous testimonies, parents waited outside the school, according to them for an eternity, without the police intervening, while the high school student, Salvador Ramos, was carrying out his massacre in a classroom. class.

Faced with the press in number and the pain of the families, he repeated that there was "a lot of information, many fluctuating points" in the investigation.

"It takes days, hours, it takes time," he added.

Before entering it, underlined Victor Escalon, he shot at the school.

It was then 11:40 a.m. Tuesday, and Salvador Ramos was in Robb Elementary School.

It was from this moment that parents began to arrive in front of the school.

In a video posted on social networks and obtained by Storyful, we can see frustrated parents, urging the police to enter the establishment at the time of the tragedy.

The footage also shows a police officer roughly pushing one of the people outside the establishment.

Daniel Myers, a 72-year-old pastor, had arrived with his wife Matilda outside the school about 30 minutes after the shooter entered the school.

The parents on the spot "were ready to return".

One of the relatives said: "I was in the military, just give me a gun, I will go. I will not hesitate. I will go," he told AFP.

“So during that time,” said Victor Escalon during his press conference, the police, hit by gunfire, “evacuated staff, students, teachers … A lot of things are happening, it is complex".

Then, an hour later, the specialized police arrived and killed the young man behind the massacre.

In addition to the 21 killed, 17 people were injured, including three police officers.

Eulalio Diaz, a local official, was tasked with identifying the bodies late into the night, he told the El Paso Times daily.

"Some of the children were in a bad state," said the chosen one.

The tragedy stunned Uvalde, a town of 16,000 inhabitants halfway between San Antonio and the Mexican border, and predominantly Hispanic, with pain.

The shooter's mother, Adriana Reyes, told the same channel that her son was not "a monster", but that he could sometimes "be aggressive".

At a press conference on Tuesday, Texas Governor Greg Abbott revealed the murderer shot his 66-year-old grandmother in the face before driving to Robb Elementary School, armed with a semi-gun. -automatic AR-15.

Thursday, the manufacturer of this weapon announced that it would not go to the big convention organized in Texas this weekend by the NRA, the main lobby of the weapons of the country.

One of the school's teachers, present in the establishment at the time of the tragedy, told ABC that her students were watching a Disney film to celebrate the upcoming end of the school year, when shots rang out .

His students then put into practice their years of training for such a situation, gathering silently under their table.

These trainings have become the norm in schools in the United States, where deadly shootings are repeated tirelessly from year to year.

The sounds of the shots "were very loud" told AFP Madison Saiz, an 8-year-old student attending school there.

"When it happened, our teacher told us to get into a corner, and our whole class just did."

In the United States, school shootings are a recurring scourge that successive governments have so far been powerless to stem.

The debate on gun regulation in the country is almost on hold, given the lack of hope that Congress will pass an ambitious national law on the issue.

The "March for our Lives" movement, created after the Parkland shootings, called for a large rally on June 11 in Washington to call for tougher gun regulations.