A senior Texas official admitted Friday that the police made a "bad decision" by not quickly entering the school of Uvalde, where a shooter had taken refuge in a class who committed a massacre there. A drama which intervened just before the annual convention of the NRA, this Friday. 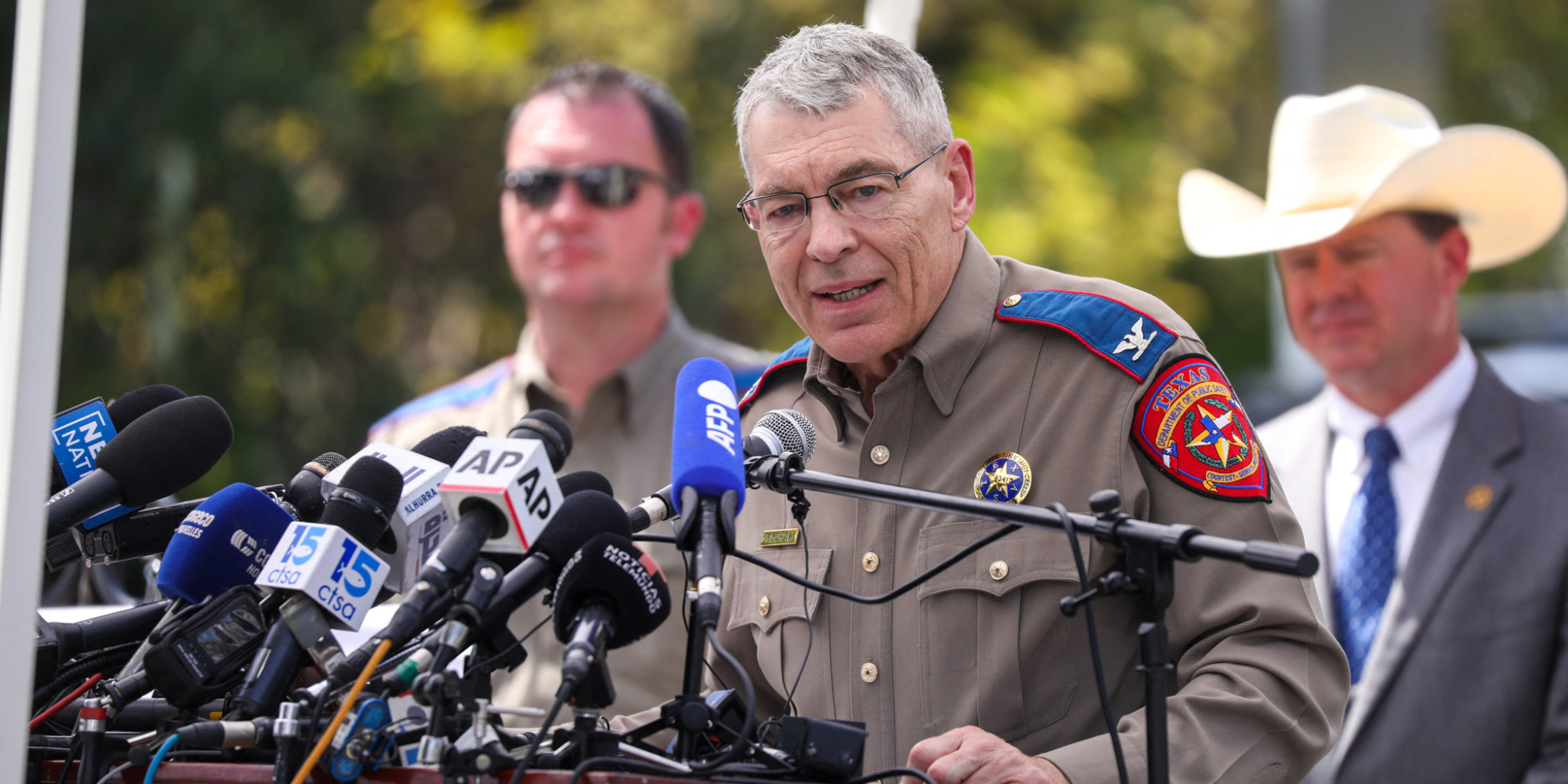 A senior Texas official admitted on Friday that the police had made a "bad decision" by not quickly entering the school in Uvalde, where a shooter had taken refuge in a class and committed a massacre there.

A drama which intervened just before the annual convention of the NRA, this Friday.

The police made a "bad decision" by not quickly entering the Uvalde school where a shooter had taken refuge in a class who committed a massacre there, a senior Texan official admitted on Friday.

"Looking back now, of course it wasn't the right decision. It was the wrong decision, period," Steven McCraw, director of the Texas Department of Public Safety, told a conference tense press.

"If I thought it could help, I would apologize," he said, very moved.

Nineteen officers at the scene waited for a Border Police intervention unit, about an hour after the shooter, Salvador Ramos, broke into the building on Tuesday.

Pressed by journalists to explain this highly criticized delay in intervention, the official said that the police thought "there may be no more survivors".

- "There are no words": in Texas, the emotion after the shooting in a school

Many calls received by the police during the tragedy

The police nevertheless received numerous calls from several people in the two affected classrooms, including one from a child at 12:16 p.m., more than half an hour before the police intervention at 12:50 p.m., warning that " eight to nine students were alive," Steven McCraw said.

During one of her first calls, this pupil, who had warned that there were several deaths, asked: "please send the police now".

A few hours away, the first American arms lobby, the National Rifle Association, held its annual convention in Houston, rocked by a controversy over the timing of the event, which caused politicians and stars of the country music to cancel their visit.

The NRA promised that this high mass would be an opportunity to "reflect" on what happened in Uvalde - a tragedy for which the organization had cleared itself of all responsibility.

Donald Trump at the NRA convention

While former President Donald Trump will be in attendance, as will conservative state senator Ted Cruz, Republican Governor Greg Abbott will instead give Uvalde a press conference.

Greg Abbott, a great defender of the right to own a firearm and a candidate for re-election this year, will still speak to members of the NRA, in a pre-recorded video, said one of his spokespersons at the Dallas Morning News newspaper.

His deputy, Dan Patrick, will also not show up to avoid "adding more pain to the families," he said in a statement.

"I have guns in every room of my house," laughed a 60-year-old when asked if the gun he was considering buying would be his first.

- United States: "There is this culture of the use of weapons", regrets Jean-Claude Beaujour

A sign of discomfort, several country stars have also chosen not to come.

Among them, singer Don McLean, known for his song "American Pie", who considered it would be "disrespectful" for him to perform there.

Another notable absentee was the maker of the AR-15 semi-automatic rifle used by the shooter.

The NRA, which claims five million members, has also specified that to ensure the safety of Donald Trump - to whom the organization gave tens of millions of dollars during his two presidential campaigns - firearms would be prohibited in the room.

Outside the building, protesters gathered with signs calling for a ban on assault rifles or asking "stop killing children".

A drama that revives the call for better regulation of weapons

Democrat Beto O'Rourke, who will face Greg Abbott in the gubernatorial election in November, is expected to join them.

In an unusual scene, a sign of growing tension over the issue of weapons, he interrupted the governor on Wednesday, in the middle of a press conference, accusing him of being responsible for the tragedy.

The shooting, described in the American press as the "new Sandy Hook", in reference to the appalling massacre at a Connecticut elementary school in 2012, has awakened the traumas of America.

The faces of the very young victims, aged 11, 10, 9 and years, broadcast repeatedly on television, and the testimonies of their collapsed relatives have moved the country, relaunching a wave of calls for better regulation of firearms.

This movement is unlikely to translate into action, given the lack of hope of an ambitious national law on the issue being passed by Congress.