Yesterday, the Ministry of the Interior clung to the fact that the organizers of the joint tribute to the agents who defeated ETA communicated their intention to carry out the act... 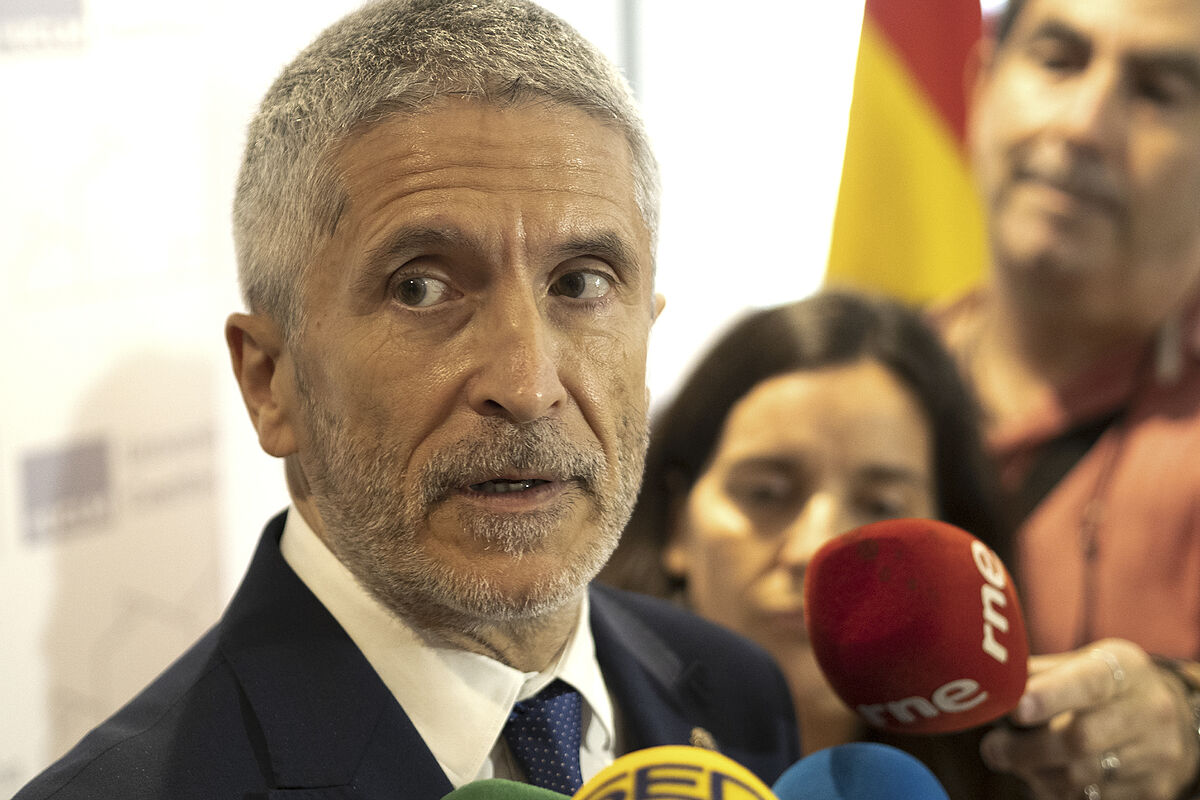 clung yesterday to the fact that the organizers of the joint tribute to the agents who defeated ETA communicated their intention to carry out the act verbally and not in writing so as not to assume responsibilities in the cancellation of the gala.

The department led by Grande-Marlaska endorsed a Twitter message from

(SPP) - the initial promoter - in which it was concluded that the communication "was made orally."

The union, through its president,

, reiterated in the same publication that the tribute could not be carried out because, he insisted again, "the mandatory report from the Ministry of the Interior was missing."

Or what is the same: the endorsement to the King so that he could preside over the act, as the organizers wanted.

This publication on SPP networks softening the anger in the union that the event had been canceled due to the inaction of the Interior caused deep discomfort in a large part of the affiliates, who did not hesitate to speak of "institutional pressures".

An email, to which this newspaper had access, revealed that the organizers took it for granted that the Ministry would support the gala that was to be held on April 25 at the

in Madrid and that it had the approval of the police unions and groups of the civil Guard.

The tribute, so advanced it even had the approval of the

- could not be held because, Medina reiterated, "the Interior report was missing."

So sure was the SPP that Marlaska would support them that, in February, they sent a massive email to the associations and groups of the State Security Forces and Bodies informing them that the organization of the act was going according to plan.

“We anticipate that due to the steps already taken, both the Ministry of the Interior and the

General Directorate of the Police

, in conversation with the highest officials, have shown us their willingness to collaborate in said act,” the email collected.

Among the potential guests was, according to that email, the Minister of the Interior.

In the same communication, from SPP they asked the rest of the unions and groups for their signature to send them to Casa Real, which had required them to participate.

In the summer of 2021, when they began to organize the frustrated tribute, the SPP were clear that it had to be chaired by a member of the Royal House, given its entity and also the novelty of paying tribute, for the first time, to the agents who They defeated ETA.

In the month of December, all the associations and groups had already communicated their intention to participate.

The next step was to go to

That first contact -a letter in January- was positive, recall sources from the organization.

"The Royal House was interested and sent us a letter informing us of their intention to be part of the tribute."

On February 21, as the email published yesterday by this newspaper certifies, the SPP addressed the rest of the participants to request a document with their names, surnames and signatures because Zarzuela had asked for them.

The fact that the Royal House requested this dossier made the organization take it for granted that the tribute would be made, after seven months of preparation.

This was reflected in the mail to their colleagues, highlighting the conversations "with the highest officials" of the Marlaska department.

However, a new communication from the Royal House blew up the forecasts of the SPP.

In the letter, they point out from the organization, they indicated that the King had the complete agenda.

"They told us that the mandatory Interior report was missing."

neither the King nor any member of his family could attend.

The organizers concluded that, without his presence, the tribute was meaningless and called off.

We will take the steps so that it does not happen again, ”argues the leader of the SPP.

The annulment of an act for which there was already a date, revolted a good part of the union.

Its leadership, with its president at the helm, pointed directly to the Ministry of the Interior for "not making the mandatory report."

has offered to take over and organize it.

Yesterday, the SPP certified that the reason why the act had to be canceled was the absence of processing by the Interior and added that the communication was made "orally".

However, the Ministry maintains that it was unaware of the existence of this tribute and that it never had an "official communication".

In the week in which the SPP was going to hold the gala, the Government needed Bildu's support to carry out the decree on the economic measures derived from the war in Ukraine.

After a few hours of tough negotiations, Pedro Sánchez managed to push through the vote on the decree thanks to the vote in favor of the five EH Bildu deputies.