China News Agency, Beijing, May 27th: Why does the Russian-Ukrainian conflict accelerate global de-dollarization?   China News Agency reporter Peng Dawei   How will the months-long conflict between Russia and Ukraine affect the global hegemony of the dollar? Will RMB internationalization usher in opportunities? Can the "Indo-Pacific Strategy" promoted by the United States work? Can China-US re 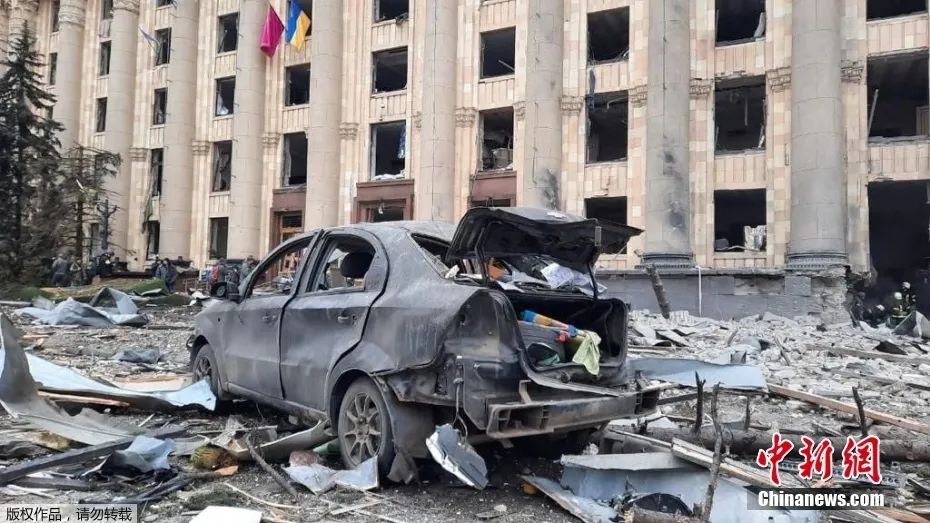 How will the months-long conflict between Russia and Ukraine affect the global hegemony of the dollar?

Will RMB internationalization usher in opportunities?

Can the "Indo-Pacific Strategy" promoted by the United States work?

Can China-US relations clear the clouds and take a new path?

Focusing on the above-mentioned issues, China News Agency's "East-West Question-China Dialogue" recently invited Dr. Gal Luft, co-director of the Institute for Global Security (IAGS), a Washington think tank, and senior adviser to the US Energy Security Council, to speak with him. Qu Qiang, assistant director and researcher of the International Monetary Institute (IMI) of Renmin University of China, had a dialogue.

Gail Ruft believes that with the long-arm jurisdiction and "indiscriminate" sanctions by major US banks in recent years, the US dollar has appeared to be pushed down the "altar" trend.

The Ukraine crisis has further accelerated this process.

Qu Qiang pointed out that the competition between China and the United States is not without benefits. The two countries have always competed in the fields of economy, finance, science and technology, and the pressure of competition will prompt the two countries to continue to innovate. The results will not only benefit China and the United States, but also benefit For all mankind, the Sino-US relationship will have a better future.

China News Service: You pointed out not long ago that Washington's "random" sanctions may prompt more countries to break away from the US dollar.

Can we start a conversation?

Ruft: What gives America the real power in the world is not its military might, but the dollar.

The U.S. is now fighting Russia indirectly through Ukraine, but the real weapons it uses are financial penalties, sanctions, knock-out of the SWIFT (Society for Worldwide Interbank Financial Telecommunication) system, secondary sanctions, and more.

It was these ("weapons") that gave the United States post-World War II power on the world stage.

However, in recent years, with the long-arm jurisdiction and "random" sanctions imposed by the US president, one in ten countries is currently under US sanctions.

This is a very startling statistic, and more and more countries are being added to the sanctions list.

Let's also not forget that until recently, the US even wanted to sanction Germany and India, and it seemed that no country was absolutely immune from US sanctions.

I think the U.S. actions since the Ukraine crisis have given many central bankers pause and thought: maybe they shouldn't get too involved in the dollar system?

Some energy exporters are also considering, perhaps not using the dollar to trade all their oil and gas, or looking for alternative currencies.

Given that there is a state in the world with so much power and sometimes irresponsible and aggressive behavior, other countries are thinking about how to survive in such a world.

I think the collective action that all of these countries have taken and will take in the future will shake the very foundations that give America the world status it has today.

Data map: The city of Kharkiv, Ukraine was shelled.

China News Service reporter: The book "De-dollarization: Currency to Yuan, Financial Reorder" co-authored with Anne Korin talks about the US dollar being pushed from the altar as a reserve currency.

Has the Russian-Ukrainian conflict and ongoing trade and technology disputes between the U.S. and China accelerated this trend?

Let me give you an example, the US plans to give Ukraine $40 billion in aid.

Where does this money come from?

It comes from the US deficit.

The U.S. runs a deficit of about $1 trillion a year.

So how does a trillion-dollar deficit come about?

But what if one day all these countries said, we don't need these banknotes anymore?

These creditor countries may say that we want to use our money to do other things, such as building infrastructure in Laos, Cambodia, or Latin America, instead of buying an "IOU" from the United States.

Since China proposed the Belt and Road Initiative - which I have largely seen as essentially China's economic diversification program - instead of continuing to buy US Treasuries, China has used its foreign exchange to help other countries develop their infrastructure , thereby also contributing to the economic development of these countries.

I think this process is now generating a bigger and bigger economic boost, and more and more countries are coming to that conclusion.

I think there will be more supporters of the Belt and Road Initiative.

China News Service reporter: How do you view the weaponization of finance?

Qu Qiang: The weaponization of finance is a double-edged sword.

The Trump administration has tried to weaponize trade barriers and impose taxes on Chinese exports.

As a result, American consumers pay 80 cents of every dollar of tax on Chinese goods.

Today, U.S. prices are generally rising, and U.S. consumers have to pay for tariffs imposed by their own countries.

So, I think this is an irresponsible way of thinking.

In addition, the global free trade system was created and dominated by the United States.

In doing so, the United States is destroying the system it built itself, and needs to think twice.

Ruft: Most countries are already reducing their purchases of U.S. bonds.

At the same time, the United States needs to borrow more national debt to fill the huge deficit gap.

This (weaponization of finance) is not a smart move.

You want to be friends and have good relationships with people who borrow money, and the U.S. government does the exact opposite.

I think that the problems that are emerging in the United States now stem to a certain extent from its "democratic" nature and the power wielded by Congress.

This is the most destructive thing.

The US Congress has 100 senators and several hundred members of the House of Representatives, each with their own agenda.

They passed various bills but lacked a core leader and no coherence.

The result is that more and more individuals, entities, and countries are being sanctioned.

When the number of sanctioned individuals reaches a critical point, resistance will arise.

I think what we're seeing now is the beginning of that revolt.

China News Service reporter: British scholar Albrow once said that Biden's attempt to build a "League of Democracies" is almost ridiculous, because he is basically inviting all "countries that don't like China" to join it, and doesn't care about these What kind of government does the country have?

Ruft: There's some truth to this argument, but the biggest problem with the US is that it doesn't have an economic and trade agenda that would interest the people of Asia.

So now they are trying to come up with an "Indo-Pacific Economic Framework".

The agenda is so vague that no one really knows what it is and what it will do.

The United States recently pledged to provide only 150 million US dollars in funding for all ASEAN countries.

At the same time, the United States is signing bills to allocate tens of billions of dollars to Ukraine.

So I don't think this type of action will bring a lot of goodwill and trust to the United States.

China News Service: Has the internationalization of the RMB ushered in new opportunities?

Ruft: I believe more and more countries will include the renminbi in their national reserve currency baskets.

In addition, I also think that the commodity market will gradually accept the renminbi and use the renminbi as a trade currency, because China is the largest consumer market and the country (one of) the largest importers of food and energy.

Qu Qiang: I think the internationalization of the RMB has a bright future because of the opportunities contained in the current geopolitical conflict.

Today, the relationship between the United States and many other raw material producing countries such as Venezuela and Middle East countries has undergone new changes, and the relationship with Russia has become more confrontational.

These countries have greatly reduced trust in the United States, and for security reasons, they want to diversify their settlement currencies, so the renminbi has become an option.

This is one of the important reasons why the renminbi's share in the global currency market has grown, because the certainty of the dollar is not as high as it used to be.