Compelling evidence pointing to the perpetrator.. A seminar in London reveals the legal path to hold the killers of Sherine Abu Aqila to account

Participants in the “Israeli Systematic Targeting of Palestinian Journalists” symposium in London agreed on the importance of making the murder of Palestinian journalist Shireen Abu Akleh a watershed and a real turning point for punishing the perpetrators. 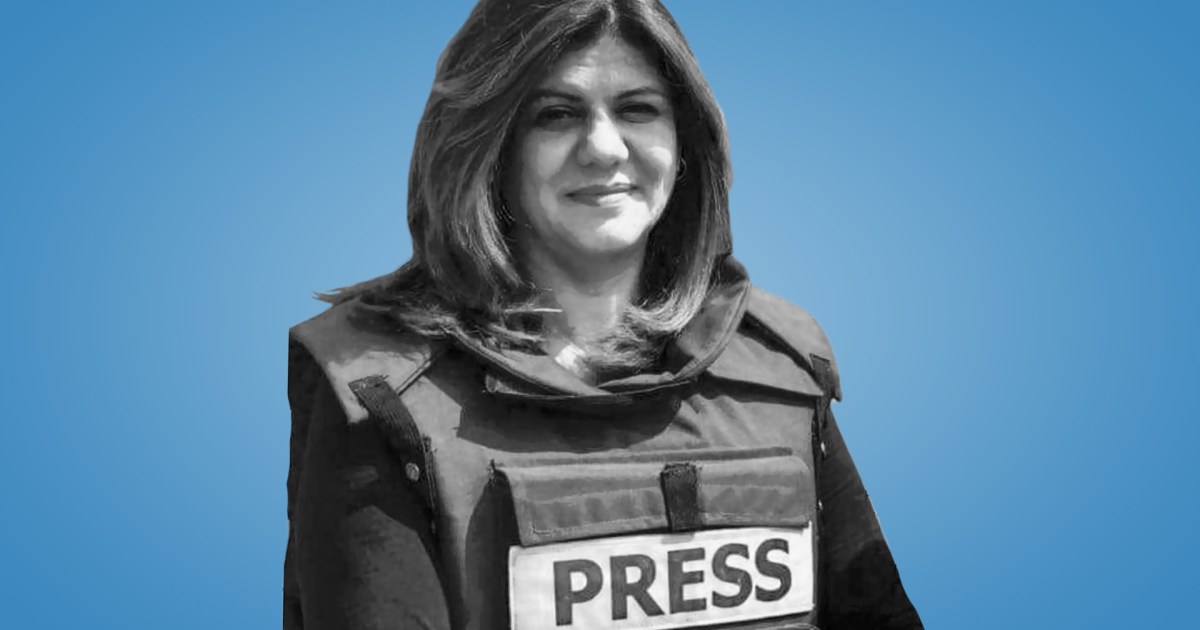 With cautious optimism, the participants spoke about the possibility of making the case of the assassination of Sherine Abu Akleh a moment in history in which the International Criminal Court would intervene in order to stop the targeting of journalists.

All guides are available

The problem of holding the perpetrators accountable in the case of the late Shireen Abu Akleh lies “in the immunity enjoyed by the perpetrators,” according to Tayeb Ali, a lawyer and member of the International Center for Justice for Palestine.

The British lawyer stressed that "the problem is not in the evidence, as it is available from photos, videos, eyewitnesses and other evidence, but the problem is the impunity that Israel is used to."

From a legal point of view, Tayeb Ali believes that all the evidence and data allow the Prosecutor of the International Criminal Court to open an investigation into the case of Shirin Abu Aqleh and other journalists who were killed by Israeli soldiers. This means that it is an issue that must be pursued in the international judiciary.”

In addition to the legal aspect, there is the "political will" that must be available to push this issue forward, according to the lawyer and expert in international law, who criticized "the attempts of some Western leaders and states to influence this issue and protect the perpetrators."

British lawyer Jennifer Robinson representing the British law firm described the continuous and deliberate targeting of journalists as a "war crime", and said that this type of crime "falls within the jurisdiction of the International Criminal Court."

The lawyer representing the law firm that is preparing the plea file for the journalists who fell victim to the occupation soldiers, led by the late Shireen Abu Aqleh, confirmed that they are in the process of collecting all the data, adding that the clear message that must be conveyed to all concerned is that in the absence of action to punish the perpetrators, “the targeting of Palestinian journalists It will continue, perhaps even more violently."

The British lawyer expected a long court battle, "because the attorney general's investigations usually take a long time, but in this case we hope that it will not be long. All the data are available, but our goal will be to prove that the assassination of journalists is a state policy and has been practiced for a long time and in a deliberate manner."

For his part, Jim Boumelha, representative of the International Federation of Journalists, said that the case of the assassination of Sherine Abu Akleh should be a historic moment to give a strong impetus to the international advocacy led by a group of organizations concerned with protecting journalists.

The British journalist warned against attempts to pressure the course of justice and attempts to put pressure on this file, like other files, without an account.

Boumelha acknowledged that it is a difficult task, "but it cannot be abandoned," noting that Israel is the only country in the world that does not recognize the International Federation of Journalists' card.

a message that won't stop

Al-Omari cited press investigations that ended with the same conclusion that Shirin was assassinated by Israeli soldiers, "and this was confirmed by Al-Jazeera network since the first day of Shirin's death."

He stressed that there is insistence on the part of Al Jazeera network to follow up on this file and prosecute the perpetrators, "because this crime cannot pass without a price."

As for the reasons for targeting Sherine Abu Aqleh, Walid Al-Omari confirmed that the occupation knows that Sherine is "an icon and is known internationally for her professional work and voice, and because her message reaches the whole world, they wanted to silence her," adding that the occupation believed that "Sherine's Christian background will make interaction with her case." Weak in view of the fact that the majority in Palestine is Muslim, but their calculations were wrong because the whole world was shaken by this crime, and in the heart of it are all the Palestinians who have so far not tasted the bitterness of this crime.”