C1: Karim Benzema has a Cristiano Ronaldo record in sight

Real Madrid's French international Karim Benzema can deprive Cristiano Ronaldo of one of his many records, that of the number of goals scored in a single Champions League season (17... 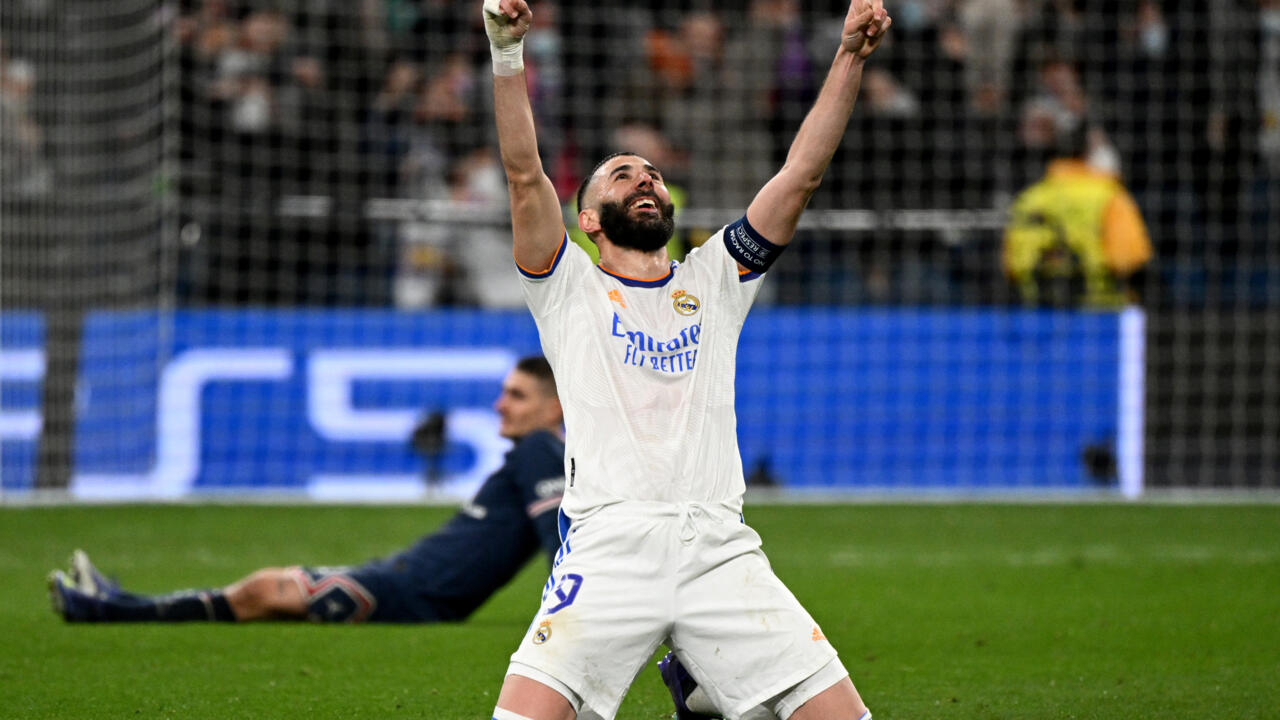 Benzema has scored fifteen goals this season in C1, including ten since the start of the elimination phase, respectively against Paris-SG, Chelsea and Manchester City.

A performance already equal to Ronaldo, author of the same series during the decisive matches of the 2016-17 season.

Another goal would also allow the ex-Lyonnais to take third place alone in the historic ranking of the competition's top scorers ahead of Bayern Munich striker Robert Lewandoski, but at a distance from the Lionel Messi / Cristiano Ronaldo duo. , both authors of more than one hundred and twenty goals in C1.

On the Liverpool side, the two main offensive weapons are Mohamed Salah and Sadio Mané, the first to score eight times this season and the Senegalese has scored five times.

The two men have already distinguished themselves in a Champions League final.

The Egyptian had opened the scoring in the Reds' success against Tottenham in 2019 (2-0) while the Senegalese shook the net in the 2018 final lost (3-1) against Real Madrid, scoring the goal of legalization.

Mané also remains on a good series in C1 since he scored in the quarter-final first leg, and the two semi-finals against Villarreal (2-0, 3-2).

NB: in brackets the current club of the players still in activity.