A congressional group called on the administration of US President Joe Biden and the Senate to expedite the process of approving accession protocols allowing Finland and Sweden to join NATO. The corresponding letter was signed by 189 parliamentarians. RT got acquainted with the document. 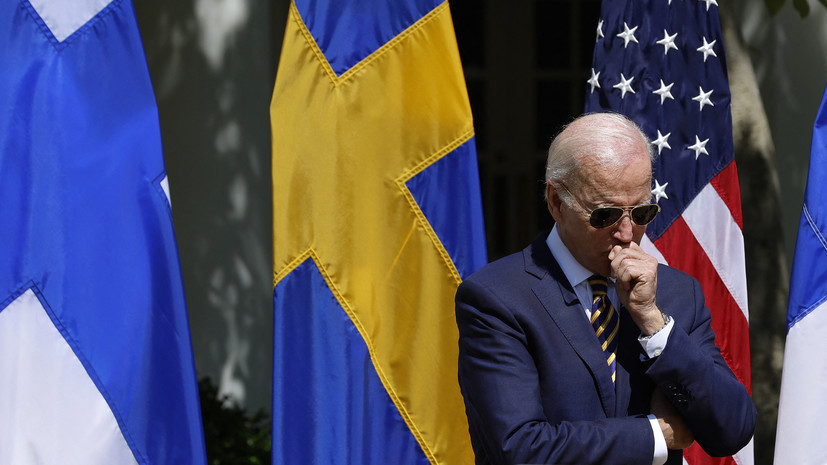 “We call on the United States Administration and Senate to work with each other, as well as with our NATO allies, to immediately expedite the process of approving accession protocols that will allow Finland and Sweden to become members of NATO,” Congressmen said in a statement.

According to American politicians, urgent measures become necessary "in view of the increasingly aggressive position of Russia towards both countries."

They allege that Russian agents allegedly "initiated cyberattacks" on Finnish government websites, and that manned aircraft from Russia violated the borders of the state's sovereign airspace.

In addition, as emphasized in the letter, "presumably Russian drones" were seen in the closed areas of Sweden, including over nuclear power plants and the royal palace.

However, no evidence or supporting references are provided in the document.

The authors of the appeal believe that by becoming NATO members, Finland and Sweden would strengthen the military potential of the North Atlantic Alliance, and would also be able to strengthen its deterrent effect against Russia.

On May 24, Finland and NATO entered into a mutual technical agreement, including a provision for host nation support.

Secretary of the Russian Security Council Nikolai Patrushev said that if Sweden and Finland are included in the military bloc, Russia will be obliged to respond.