“Five people were caught red-handed”: the FSB stopped the work of the channel for the supply of weapons to the Crimea from the territory of Ukraine

FSB officers stopped the illegal supply of military firearms and ammunition to Crimea from the territory of Ukraine. According to the department, five people were caught red-handed. The detainees face up to 12 years in prison. 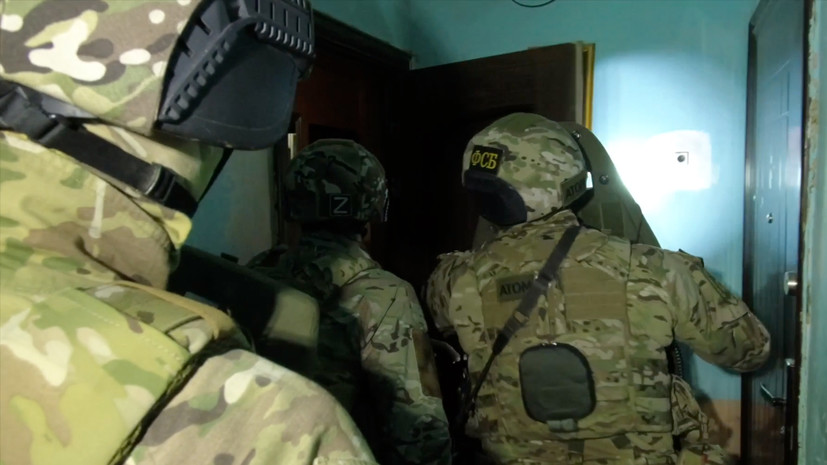 FSB officers stopped an illegal channel for the supply of firearms and ammunition to Russia from the territory of Ukraine.

This was reported by the press service of the FSB department for the Republic of Crimea and Sevastopol.

“The FSB of Russia in the Republic of Crimea and Sevastopol stopped an illegal channel for the supply of military firearms and ammunition from the territory of Ukraine.

During the sale, five people were caught red-handed, ”said the official representative of the FSB department for Crimea and Sevastopol, Elena Varlamova.

Criminal cases were initiated against the detainees on the grounds of crimes Part 3, Part 5 of Article 222 of the Criminal Code of the Russian Federation (“Illegal acquisition, transfer, sale, storage, transportation, transfer or carrying of weapons, main parts of firearms, ammunition”).

The sanction under this article provides for up to 12 years in prison.

“A complex of investigative actions is being carried out aimed at establishing all the circumstances of illegal activity,” she stressed.

The Kryminform news agency, citing the FSB, indicated that during the operation the seller, two intermediaries and two buyers were detained - residents of Yevpatoria.

They seized an AKS-74U assault rifle and more than 300 rounds of ammunition.

In March, caches with weapons, ammunition and explosives were discovered near the settlements of Simferopol and Leninsky districts in Crimea.

In another cache, FSB officers found high-powered radio-controlled improvised explosive devices with a total weight of 35 kg in TNT equivalent.

“This type of device is used to commit sabotage and terrorist acts.

The IED contains ready-made submunitions in the form of reinforcement fragments.

This indicates that the target of destruction could be objects with a massive stay of people, ”the secret service pointed out.

As First Deputy Director and Head of the Border Service of the FSB of Russia, General of the Army Vladimir Kulishov, pointed out in an interview with Rossiyskaya Gazeta on May 27, the risk of sabotage in the Crimean transport corridor remains.

“In connection with the continued threat of acts of sabotage and terrorist acts by representatives of the Ukrainian special services, the task of protecting the Crimean transport crossing, other strategically important objects of the peninsula, as well as ensuring the safety of subjects of maritime economic activity in the waters of the Black and Azov Seas, remains relevant,” he said.

Speaking about the situation on the Russian-Ukrainian border, Kulishov also stressed that Kyiv had been conducting military preparations since 2014, deploying military formations near Russian borders.

During this time, the Ukrainian side undertook more than 40 anti-Russian actions on the state border, in addition, the Russian side stopped over 120 provocations in the waters of the Black and Azov Seas.

According to him, at present, Russian border guard units are reinforced with reserves, armored vehicles and group weapons.

In addition, the head of the FSB border service said that Ukrainian nationalists who participated in the hostilities in the south-east of Ukraine are trying to enter Russia under the guise of refugees.

According to him, Russian border guards, together with employees of the National Guard, identified about 250 militants.