This is what we know about monkey pox

Several cases of the rare virus smallpox have been detected in the United States and Europe. But how dangerous is it really, how does it spread and risk a new pandemic? SVT sorts out what we know and what we do not know about monkey pox. 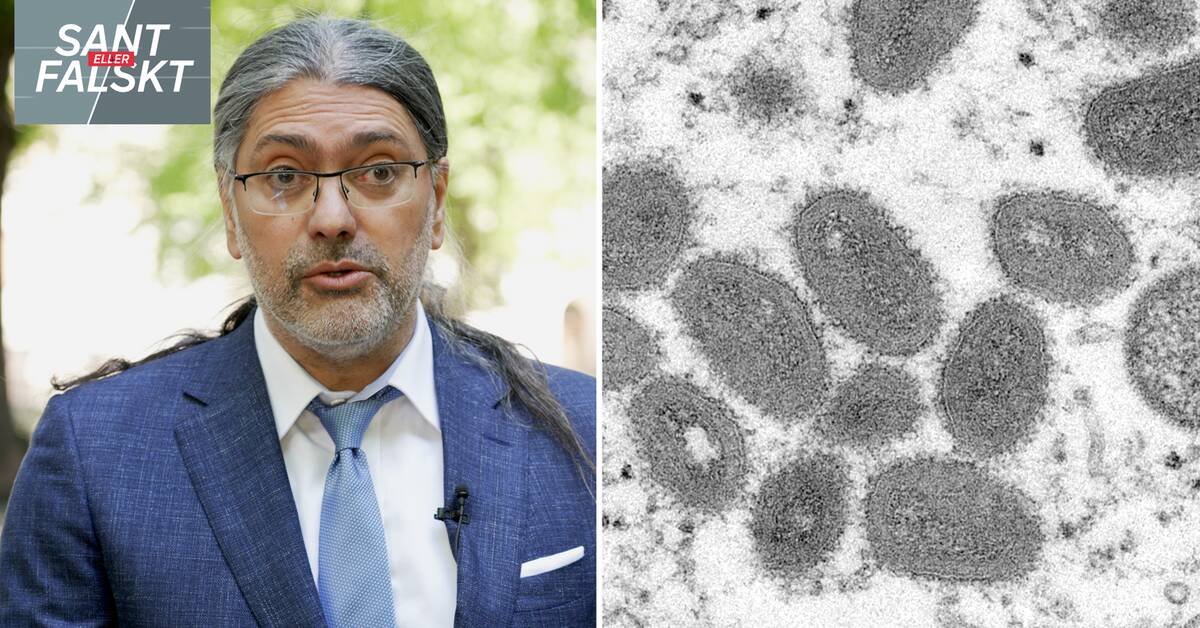 What are monkey pox?

Monkey pox, or monkeypox in English, is a very unusual disease caused by infection with monkey pox virus.

The virus is related to smallpox.

The disease occurs mainly in western and central Africa, cases reported in the rest of the world usually have a travel connection to the region.

How is it contagious?

The most common route of transmission is from animal to human, but in rare cases it can also be transmitted between humans.

It is still unclear how the virus spreads, but it is clear that close contact for a longer period of time is required for the virus to spread.

Therefore, sexual contact is considered a risk of infection.

Rash, blisters and sores on the skin are common symptoms, they are often mild.

The incubation period, the time from infection to the onset of the disease, is usually 6 to 13 days but can vary between 5 and 21 days.

Is there a vaccine?

Existing smallpox vaccine provides protection of up to 85 percent also against smallpox, according to the US Centers for Disease Control and Prevention.

The general vaccination against smallpox ceased in Sweden in 1976 and the part of the population that has received the smallpox vaccine is still expected to have some immunity.

What does general dangerous disease mean?

When a disease is classified as generally dangerous, it is covered by the Infection Control Act, which means that detected cases must be reported to regional infection control doctors and the Swedish Public Health Agency for infection tracing, and that the government can take infection control measures if necessary.

Should you be worried?

Several experts SVT has spoken to emphasize that you do not have to worry.

Although the outbreak we see now is unusually large, the risk of infection is small, there are existing vaccines and the symptoms have been mild in all the cases reported recently.

How can the spread of infection be prevented?

If you have symptoms and suspect that you have been in contact with someone infected, you should contact healthcare so that they can investigate the chain of infection.

Between people, it is mainly transmitted through skin-to-skin contact, so there may be a point right now in being a little more careful about having several different sexual partners, according to experts that SVT spoke to.

Hear Ali Mirazimi find out in the clip above.