Xinhua News Agency, Taiyuan, May 25th, title: The wind is warm and the three Jins are new everywhere - the Shanxi chapter along the footsteps of the general secretary   Xinhua News Agency reporter   Since the 18th National Congress of the Communist Party of China, General Secretary Xi Jinping has visited Shanxi for three times, made a strategic plan for Shanxi's development, placed high expect 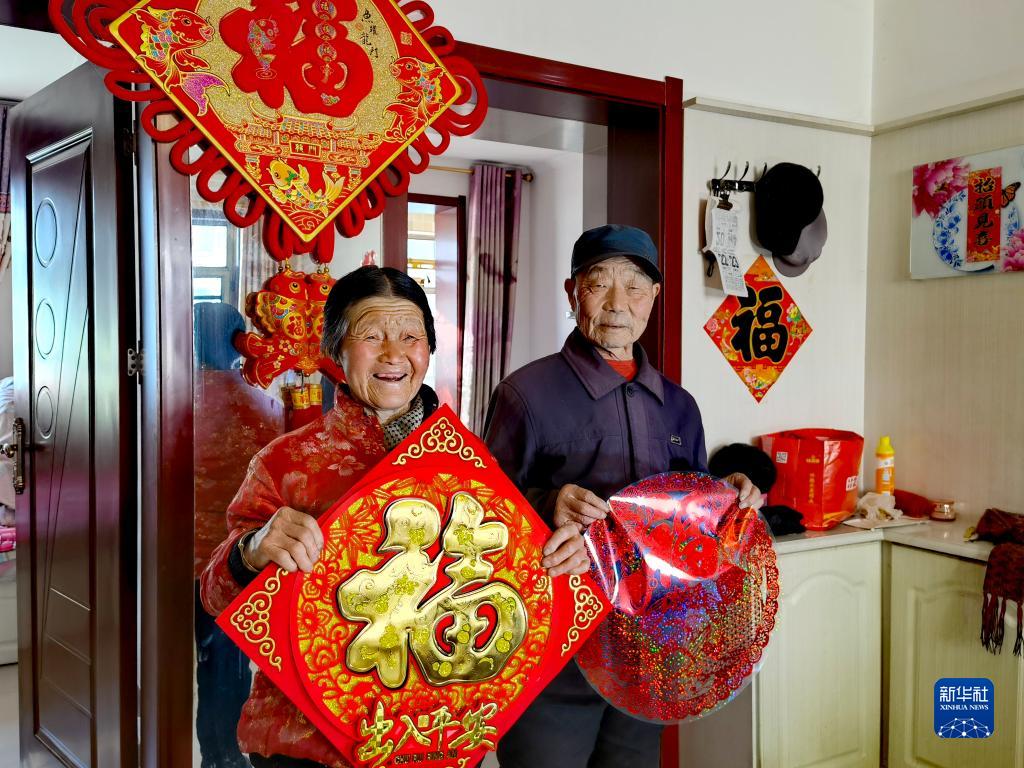 Xinhua News Agency, Taiyuan, May 25th, title: The wind is warm and the three Jins are new everywhere - the Shanxi chapter along the footsteps of the general secretary

Since the 18th National Congress of the Communist Party of China, General Secretary Xi Jinping has visited Shanxi for three times, made a strategic plan for Shanxi's development, placed high expectations on Shanxi's transformation and upgrading, and led Shanxi on the fast track of high-quality development.

Among the 14 concentrated contiguous destitute areas in the country, there are two in Shanxi: the Luliang Mountains and the Yanshan-Taihang Mountains.

In June 2017, General Secretary Xi Jinping came to Shanxi for an inspection, went deep into the Lvliang Mountains, visited extremely poor households, and learned more about the implementation of poverty alleviation measures. He hoped that the villagers would roll up their sleeves and work together with the Party Central Committee to make the good days sesame blossoms.

Afterwards, the general secretary presided over a symposium on poverty alleviation in deeply impoverished areas in Taiyuan, listened to reports on the progress of poverty alleviation, and focused on researching strategies to solve deep poverty.

In May 2020, General Secretary Xi Jinping visited Shanxi again, and came to Yunzhou District, Datong City to go deep into the fields to observe the growth of yellow flowers and understand the development of the yellow flowers industry.

He pointed out that after the villagers got rid of poverty, what I care most about is how to consolidate the poverty alleviation, prevent the return of poverty, and ensure that the villagers continue to increase their income and become rich.

On January 26 this year, General Secretary Xi Jinping braved the wind and snow to come to Huozhou City and Fenxi County, Jinnan, to learn about the post-disaster recovery and reconstruction, and the safety and warmth of the people during the winter. Revitalize, let the people's life take a higher level, and make progress in advancing the modernization of agriculture and rural areas."

At the same time, we will vigorously develop special agricultural poverty alleviation industries such as small grains, yellow flowers, pears, and Chinese herbal medicines to increase the income of the poor.

Use the subsidy funds for connecting rural revitalization to support the creation of 100 demonstration bases for characteristic industries...

The family of Liu Fu, an extremely poor household in Zhaojiawa Village, used to live in an adobe house deep in the Luliang Mountains.

"The general secretary came to visit us in Dashangou five years ago, and we also calculated the income together, so that we are full of confidence in living a good life." Liu Fuyou said, "I want to report to the general secretary, and now we are working together as an old couple. The annual salary and land transfer fee add up to more than 40,000 yuan. The living conditions are good, the body is good, and the heart is beautiful. "

Today, 3.29 million poor people in Shanxi have taken off the "poor hat".

The poor villages in poverty-stricken counties visited by the general secretary have changed their appearance: 4,338 poor people in Kelan County moved out of Dashan; the planting area of ​​yellow flowers in Yunzhou District of Datong City reached 265,000 mu, becoming the "flower of prosperity" for the common people; Town Duan Village has repaired the sewage pipe network and built public bathrooms... On this land in Shanxi, the villagers who got rid of poverty are moving towards a better life.

"Take a bigger step in high-quality transformation and development"

In May 2020, when General Secretary Xi Jinping inspected Shanxi, he encouraged Shanxi to take greater steps in high-quality transformation and development.

He pointed out that products and technologies are the foundation of a company's life.

It is hoped that enterprises will make persistent efforts in scientific and technological innovation, climb the peak bravely, and take new and greater steps in supporting the development of advanced manufacturing.

In the first quarter of this year, the added value of the province's industrial strategic emerging industries increased by 21.2%, investment in equipment manufacturing increased by 52.9%, and newly registered market players increased by 49.5%.

In January of this year, General Secretary Xi Jinping emphasized during his inspection of Shanxi Ruiguang Thermal Power Co., Ltd. that rich coal, poor oil and little gas are my country's national conditions. We will accelerate the research on green and low-carbon technologies, and continue to promote the optimization and upgrading of the industrial structure.

Through efforts to tap potential and increase production, on the basis of overfulfilling the task of ensuring coal supply in 16 provinces in the fourth quarter of last year, Shanxi's raw coal output in the first quarter of this year increased by 9.1% over the same period last year.

Since the beginning of this year, the scope of power delivery has reached 14 provinces.

Shanxi has accelerated intelligent, green, safe mining and clean and efficient utilization of coal. Since last year, a total of 1,500 intelligent mining faces have been constructed. The province's advanced coal production capacity has jumped from less than 30% in 2016 to the current 75%.

Dong Xin, deputy general manager of Ruiguang Thermal Power, said: "The speech of the general secretary has strengthened the direction of our exploration. As a traditional thermal power company, one is to continue to save energy and reduce emissions, and the other is to complement the advantages of new energy."

"Awe of history, culture, and ecology"

General Secretary Xi Jinping is very concerned about the protection and inheritance of Shanxi's historical and cultural heritage.

On May 11, tourists visit the Yungang Grottoes Scenic Spot.

In May 2020, General Secretary Xi Jinping came to Yungang Grottoes for inspection, carefully inspected the sculptures and murals, and from time to time asked the staff about the protection of the historical and cultural heritage of the grottoes.

He emphasized that historical and cultural heritage is a non-renewable and irreplaceable precious resource, and protection should always be given top priority.

The general secretary said earnestly: "We must respect history, culture, and ecology."

"To implement the general secretary's request, we have established a stone cultural relics protection center, a digital center and other institutions to strengthen the protection of Yungang Grottoes with the help of high technology." said Zhang Zhuo, secretary of the party committee of the Yungang Research Institute. Build and develop Yungang Studies, fully explore and promote the cultural value of Yungang Grottoes, and strive to tell the story of Yungang well.

On May 11, Sun Bo, a staff member of the Yungang Research Institute, conducted a live broadcast on the protection of cultural relics in Cave 1 of the Yungang Grottoes.

The staff of Yungang Grottoes used technical means such as three-dimensional laser scanning and close-range photogrammetry to comprehensively collect information on the caves and establish digital archives.

Up to now, one third of the overall digital information collection of Yungang Grottoes has been completed.

On this basis, with the help of 3D printing technology, the researchers copied some grottoes and Buddha statues and displayed them in different places, taking the step of "walking" the world of Yungang Grottoes.

On May 11, in the 17th cave of Yungang Grottoes, the staff analyzed the collected data of the caves.

The ancient city of Pingyao is currently stepping up the upgrading and transformation of underground pipe networks such as electricity, communication, rainwater, gas, and fire protection.

Gong Li, deputy director of the Pingyao County Cultural Center, said: "We also need to do a good job in the protection and repair of traditional dwellings and city walls, and coordinate tourism development, characteristic operations and ancient city protection."

This is a corner of the ancient city of Pingyao taken on February 8 (drone photo).

Develop while protecting, protect while developing.

Shanxi Province has invested hundreds of millions of yuan to build a cultural relic safety supervision platform, launched special inspections of historical relics in the province, and encouraged social forces to participate in cultural relics protection by "adopting".

The ancient city of Pingyao has stepped up the upgrading and transformation of the underground pipe network (taken on May 11, mobile phone photo).