The authorities: Activities to influence the election have begun

In less than four months, Sweden will go to the polls and with a deteriorating security situation due to Russia's invasion of Ukraine, the risks of various types of influence have increased. - If a very powerful player tries to influence the Swedish election, through an influence campaign or a cyber attack, there are no guarantees that we can resist, says Anna Nyqvist, head of the election office. 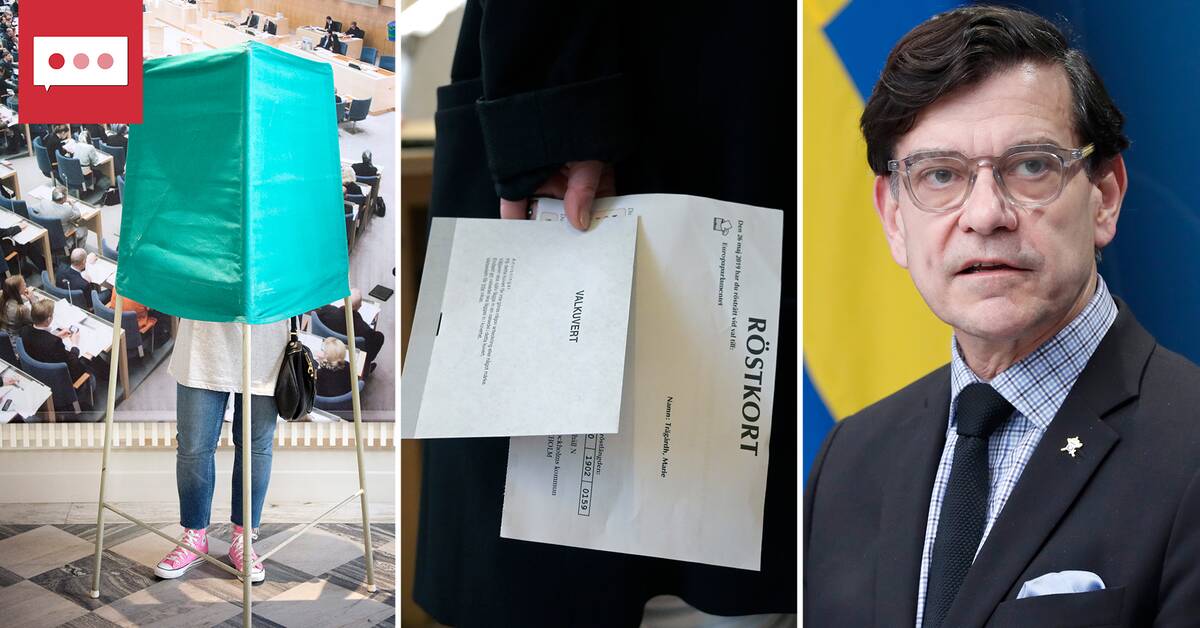 In Sweden, the election result is robust, according to Anna Nyqvist.

It is a manual and decentralized system, which is almost impossible to influence, says the chief of staff at the Election Authority.

- On the other hand, there are actors who can influence the implementation of the election or confidence in the election, she says.

Since the 2018 election, the authority has been working with an increased threat picture.

But with a deteriorating security situation, the risks have increased:

- It can be about deliberately spreading incorrect information.

Advocacy campaigns are definitely a risk we work against.

The Agency for Psychological Preparedness has previously followed Russia as a priority actor, but the focus has increased after the invasion of Ukraine.

- We have also increased our resources to identify possible information impact, says Henrik Landerholm, Director General of the authority.

He says that they have already noticed an increase in activity when it comes to impact.

- As for the NATO issue, we have seen an increase in Russian activity in state-controlled channels since a month ago, and the last week we have seen that it has increased significantly, he says and continues:

- It has already started, but we do not see any coordinated impact right now.

Higher preparedness for the 2022 election

Henrik Landerholm believes that it is a matter of course that there is a threat before the 2022 election and the period during the formation of the government.

Here, the authority sees a number of different state actors that could be of interest.

- We have a higher level of preparedness for 2022 than we had in 2018. This in itself means that we can manage the risks in a different way, but during the last election the impact was limited.

Henrik Landerholm believes that the biggest impact will probably take place during the last stage of the election.

- That's why it's important to keep the guard up.

Not just for us, but for all the relevant authorities.

There are no guarantees to resist

Despite the security situation, the Election Authority has not changed its work structure.

- We have the resources we need and no matter how much resources we invest, if we are exposed by a powerful player, there are no guarantees that we can resist.

However, the work has intensified, especially collaboration with other authorities, according to Anna Nyqvist.