The New York Stock Exchange ended sharply higher on Thursday, catapulted by a bargain hunt, investor sentiment that the US central bank (Fed) is a little less radical… 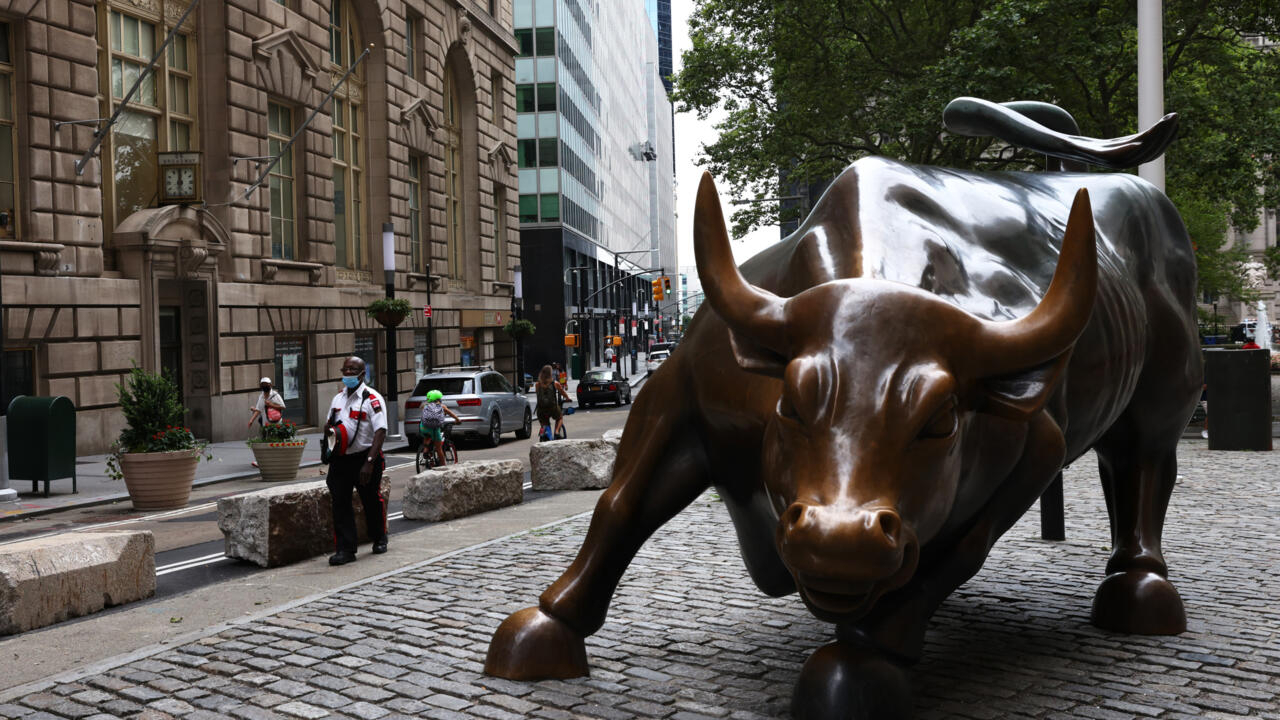 "Investors who think the market is undervalued have come forward," commented Adam Sarhan of 50 Park Investments, along with speculative traders who bought to cover their positions.

After a streak of eight consecutive weeks of decline, a first for almost a century (1923), the Dow Jones seemed able to close the week on a rise (+4.39% so far) on Thursday.

"This series of increases (over the week) is like a break," said Adam Sarhan, "a counterpoint."

“What this move inspires to some is that a lot of bad news has already been priced in” to market prices, said Patrick O'Hare of Briefing.com.

The approach to the end of the month also played a role, according to Adam Sarhan, with many managers making last-minute adjustments to their portfolios (“window dressing”).

The New York market also retained the good impression left by the minutes of the last Fed meeting, published on Wednesday.

He showed that the scenario, emerging this week, of a central bank which could slow down from September in its monetary tightening so as not to overwhelm American economic activity, was realistic, according to Joe Manimbo of Western Union.

Wall Street was also sensitive to the good figures published by several companies, particularly in the retail sector, which had started off on the wrong foot last week with Walmart and Target.

The department store chain Macy's (+ 19.31% to 22.92 dollars) thus did better than expected by analysts, as did the decorative items brand Williams Sonoma (+ 13.06%) or the distributor at low prices Dollar General (+13.71%), which even raised its forecast for the year.

No echo of China and its confinements, the Ukrainian conflict which tends to take a back seat in the news, "in this environment, the absence of bad news is good news", summarized Adam Sarhan, "c That's why the market is going up so much."

Operators also welcomed the announcement of the takeover of the remote computing specialist (cloud) VMware (+3.17% to 124.36 dollars) by the semiconductor manufacturer Broadcom (+3 .58% to $550.66), for an enterprise value of $61 billion.

The operation is a ray of sunshine for a sector which has just had a very difficult start to the year on the stock market.

The graphics card maker Nvidia (+5.16% to 178.51 dollars) benefited from results better than expected by analysts, even if its forecasts disappointed.

Twitter was also sought (+6.35% to 39.52 dollars), after the announcement on Wednesday that Elon Musk had raised the share of direct contribution he was putting on the table to buy the social network, to 33.5 billion dollars, against 21 originally planned.

The entrepreneur thus renounced the entire loan of 12.5 billion dollars guaranteed by Tesla shares that he was initially to subscribe, which earned a rebound in the title of the manufacturer of electric vehicles (+7.43 % at $707.73).

The Chinese e-commerce giant Alibaba was hailed (+14.79% to 94.48 dollars) for its better than expected results.

The group benefited, unlike many others, from the sanitary confinements in China, which boosted sales on the internet.

Manchester United, listed in New York, was sanctioned (-3.77% to 12.52 dollars), after reporting a quarterly loss and an increase in its net debt, which occur at the heart of a calamitous season for the English football club.