Palestinian warnings against detonating the situation in Al-Aqsa due to the flags march, and an Israeli court cancels a ruling allowing the practice of Talmudic rituals

The Palestinian presidency and the Hamas movement warned that Israel's allowing settlers and Jewish extremists to storm Al-Aqsa via the flags march would explode the situation. Meanwhile, an Israeli court overturned a ruling allowing the practice of Talmudic rituals at Al-Aqsa. 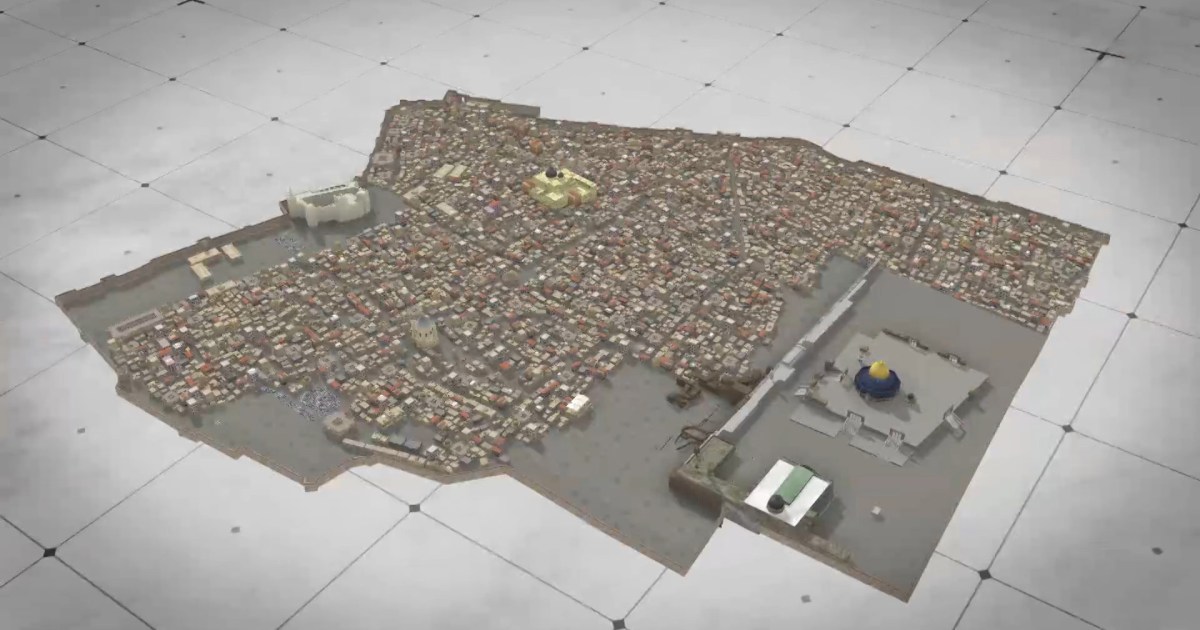 The Palestinian presidency and the Islamic Resistance Movement (Hamas), warned, on Wednesday, that the Israeli authorities' allowing settlers and Jewish extremists to storm Al-Aqsa Mosque through the so-called flags march next Sunday would explode the situation, and they held Israel fully responsible for the escalation.

Meanwhile, the Israeli Court of Appeals overturned, on Wednesday, a ruling by a district court judge that Jewish extremists' performance of Talmudic rituals at Al-Aqsa did not constitute a breach of security, which sparked Palestinian anger.

The Palestinian presidency said, in a statement, that the Palestinians are able to protect Jerusalem and its Islamic and Christian holy sites, as they did in the issue of the gates and the deal of the century, as it put it.

For its part, Hamas blamed the Israeli authorities for what it described as the high prices for racist and extremist behavior and for allowing the storming of Al-Aqsa and undermining its sanctity in the so-called flag rallies next Sunday, May 29.

Hamas said that the Israeli government's crossing of the red lines would explode the situation, and called on mediators and decision-makers in the region to put pressure on Israel to rein in it.

Hamas also confirmed that the resistance will not abandon its duty to protect the Palestinian people and their sanctities, and that it is ready to deal with all scenarios.

This comes as the Israeli police raised the state of alert in its ranks, and called in reserve forces to secure the so-called flags march. A spokesman for the occupation police published a map of the path of this march, showing its passage through Bab al-Amud in the Old City of occupied Jerusalem.

The commander of the occupation police, Kobi Shabtai, ordered the deployment of thousands of his men in occupied East Jerusalem and what are described as mixed cities, while the Israeli army deployed the Iron Dome system near the border with the Gaza Strip in anticipation of a reaction from the resistance against the background of the flags march, according to the Israeli newspaper Yedioth Ahronoth.

Meanwhile, the Israeli Broadcasting Corporation reported that the US embassy had warned its citizens not to enter the Old City of Jerusalem in conjunction with the flags march.

Yesterday, Wednesday, the Israeli Court of Appeal overturned a ruling by a district court judge that had allowed Jewish extremists to perform Talmudic rituals in the courtyards of Al-Aqsa Mosque, which sparked Palestinian anger.

In light of the decades-long "status quo", Israel does not allow settlers and Jewish extremists to storm the Al-Aqsa courtyards except on the condition that they refrain from practicing Talmudic religious rites and rituals.

3 young extremist Jews challenged the decision to prevent them from entering the Old City of occupied Jerusalem for 15 days because of their performance of Talmudic rituals inside the courtyards of Al-Aqsa.

A court ruled last Sunday that their actions did not constitute a breach of security.

This led to protests from the Palestinian leadership, threats from Palestinian resistance factions, and a pledge from Israel that the status quo would be preserved.

The Israeli government filed an appeal on Wednesday before the Supreme Court of Jerusalem, which upheld the ban.

Judge Ainat Avman Mueller said - in her ruling - that the right to freedom of Jewish worship there (Al-Aqsa Mosque) "is not absolute and must be replaced by other interests, including the preservation of public order," she said.