NBA play-offs: Boston takes an option for the final

The Celtics, dissuasive in defense and with offensive efficiency found in the second half, in the wake of Jaylen Brown and Jayson Tatum, won (93-80) at the Heat, Wednesday in the play-offs,… 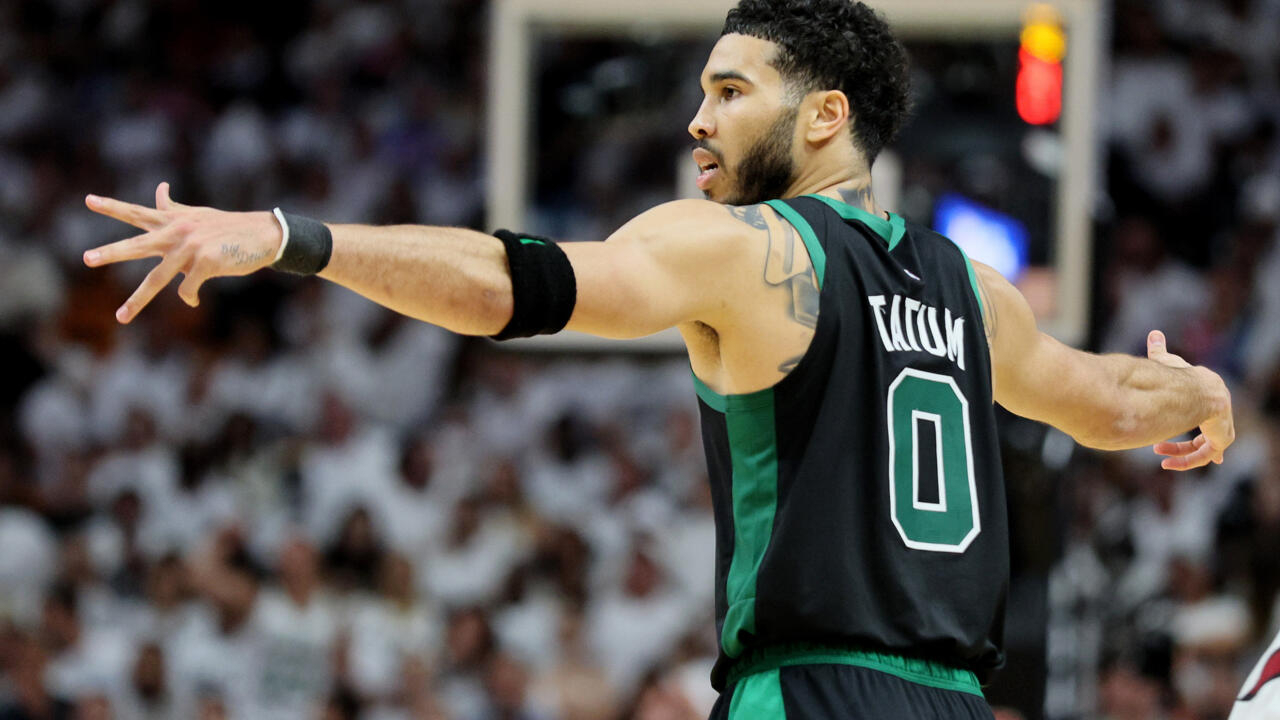 Boston, which now leads 3-2 in this series, will have the opportunity to finish the job on Friday at its TD Garden.

"Nothing is done," nevertheless warned his coach Ime Udoka.

"It's just about keeping pushing. We don't think about the final. We focus on the task at hand."

After four very tight first matches, this fifth game was less tight, highlighting major shortcomings in Miami's attack, on the verge of the crippling.

A statistic particularly illustrates the lack of Florida address that occurred at the worst time, that of three-point shots: 7/45.

And if the average (15.6%) is so abysmal, it's not just the C's, because the Heat missed many open shots, like this "air-ball" (shots without touching the circle) of Jimmy Butler at the start of the last quarter, followed by a second much closer to the basket.

Like its leader, blocked at 13 points (4/18, 6 rbds) and suffering from chronic inflammation of the left knee, nothing really worked in the game of Miami which deceived during the first period very locked, reaching halftime being led by only five points (42-37), because Boston had shown little more verve.

The reprieve did not last, because unlike the Heat, the Celtics have several strings to their bow and, after a third quarter which saw them widen the gap (69-58) in the wake of Jayson Tatum, Jaylen Brown pressed the button to carry the cloverleaf team to victory.

Timorous in the first act, with only ten points accumulated, the "Jay-Jay", were thus released in the second: Tatum came close to the triple-double (22 pts, 12 rebounds, 9 assists) and Brown finished top scorer with 25 points, including 13 in the last quarter.

"We were excellent defensively in the first and second half. And we ended up improving offensively. We stopped losing balls, we played cleaner, we took more shots and we settled into the match", summed up the latter.

Al Horford (16 pts, 7 rebounds, 5 assists, 2 blocks) was again very valuable, as was Derrick White (14 pts, 5 assists) off the bench, and Robert Williams was very active in defense (6 pts, 10 rebounds, 3 blocks), for his return after having missed the previous match because of a painful knee.

On the Heat side, the only one to have weighed will have been Bam Adebayo (18 pts, 10 rebounds), imposing but too alone inside, the substitutes Gabe Vincent (15 pts) and Duncan Robinson (11 pts) not deserving.

Unlike Kyle Lowry, author of a zero point in scoring.

Even if he is not going through his best period during these play-offs, Tyler Herro, injured in the groin, has missed a lot in attack.

"We missed a lot of three-point shots and others closer to the basket than we normally take. It ended up affecting us and we cracked at the end. But we have to stay the course. As disappointing and frustrating as this defeat, we will remobilize and go to Boston to solve this problem and come back here on Sunday," promised Florida coach Erik Spoelstra.

Back to the wall, Miami will indeed have to achieve a feat in Massachusetts to avoid an elimination which would have a taste of revenge for Boston, eliminated at this stage by this same opponent two years ago in the Orlando bubble.

Miami Heat coach Erik Spoelstra during Game 5 of the NBA Eastern Conference Finals against the Boston Celtics at the FTX Arena in Miami on May 25, 2022 ANDY LYONS GETTY IMAGES NORTH AMERICA/AFP

If that happens, the Celtics will be just four wins away from a record 18th title, sharing the throne of most successful teams with the Lakers.