On the ground, the Russians are accelerating their offensive towards the Donbass and encircling the city of Severodonetsk. For his part, Emmanuel Macron must meet Thursday with Recep Tayyip Erdogan who threatens… 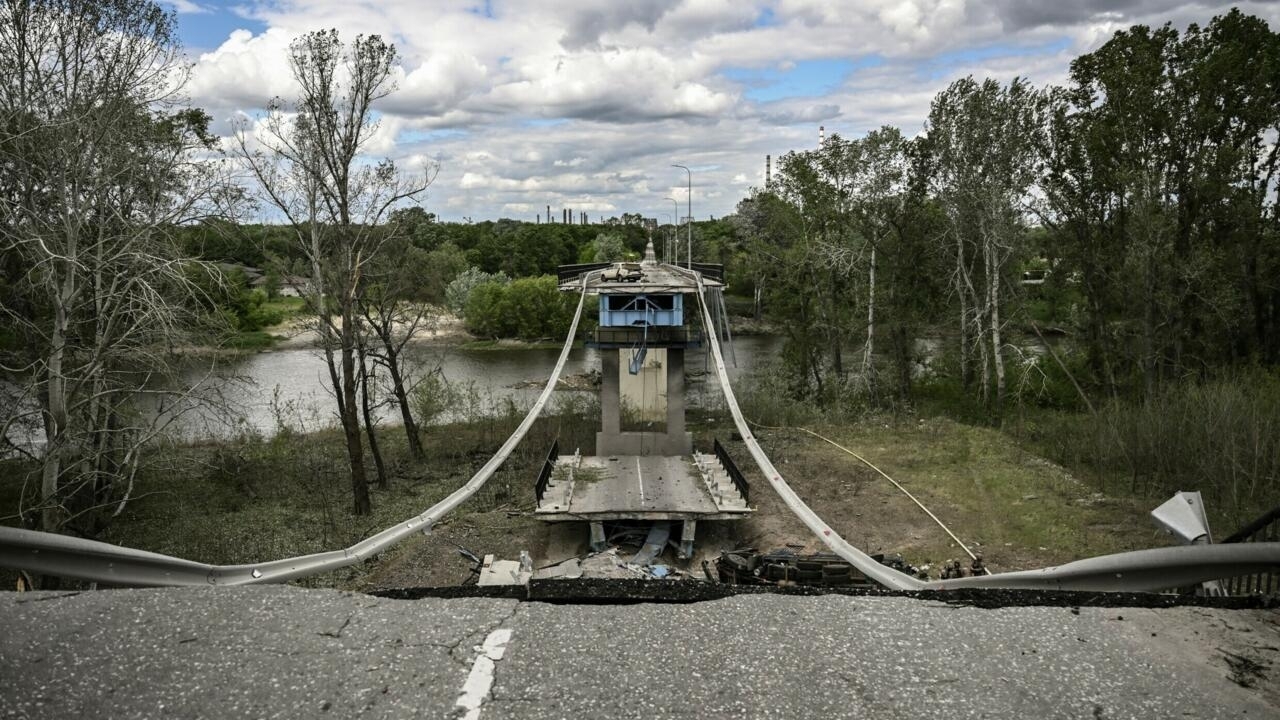 In Kharkiv (East), the second city of Ukraine, now liberated, the streets are deserted and only military trucks pass, notes on the spot our special correspondent, Cyril Payen.

The fighting stopped ten days ago with the start of the Ukrainian counter-offensive, but martial law is still applied and the central districts are completely emptied of their population.

Of the million and a half inhabitants of Kharkiv, an estimated 60% of the population fled the fighting.

During the night of Wednesday to Thursday, the warning sirens sounded, raising fears of a new assault in this city near which the Russian forces are still stationed.

Russian forces are getting closer every day to Severodonetsk, a city of some 100,000 inhabitants before the war, the capture of which is essential for them to fully control the Donbass, a mining basin already partly occupied by pro-Russian separatists supported by Moscow.

"The Russian troops have advanced to be so close that they can fire mortars" on Severodonetsk, assured Serguiï Gaïdaï, the governor of the region.

According to him, the city "is simply being destroyed".

"The situation in the city is very difficult. Yesterday, there was already fighting on the outskirts" of Severodonetsk, he continued, believing that "next week will be decisive".

Ukraine badly needs mobile units capable of sending several rockets simultaneously, to have equal weapons against the firepower of Russia, insisted Wednesday in Davos the Ukrainian Minister of Foreign Affairs.

"The battle for Donbass is very similar to the battles of the Second World War," Dmytro Kuleba told reporters.

He explained that "some villages and towns no longer exist" in this region of Ukraine, which has suffered intensive bombing in recent days.

"They were reduced to rubble by Russian artillery fire, by Russian multiple rocket launchers."

During a telephone exchange with his new French counterpart Sébastien Lecornu, Ukrainian Defense Minister Oleksiy Reznikov thanked France for welcoming "Ukrainian war wounded in its hospitals, and in particular in army hospitals" , according to a press release published Wednesday evening by the French Ministry of the Armed Forces.

The first two Ukrainian soldiers were received at the Percy military hospital, in the Paris region, the French minister's office told AFP.

French President Emmanuel Macron will speak by telephone on Thursday with his Turkish counterpart Recep Tayyip Erdogan, who is threatening to veto the entry of Finland and Sweden into NATO, in the midst of the Ukrainian crisis.

Ankara warned on Wednesday that it would not agree to the accession of Sweden and Finland without having obtained "concrete measures" from them concerning its security concerns, after having received delegations of diplomats from these two countries. .