Is Russia winning the war in Donbas?

The second phase of the war in Ukraine is coming to an end and Putin's army is imposing itself on the resistance. In the last week Russian troops have advanced... 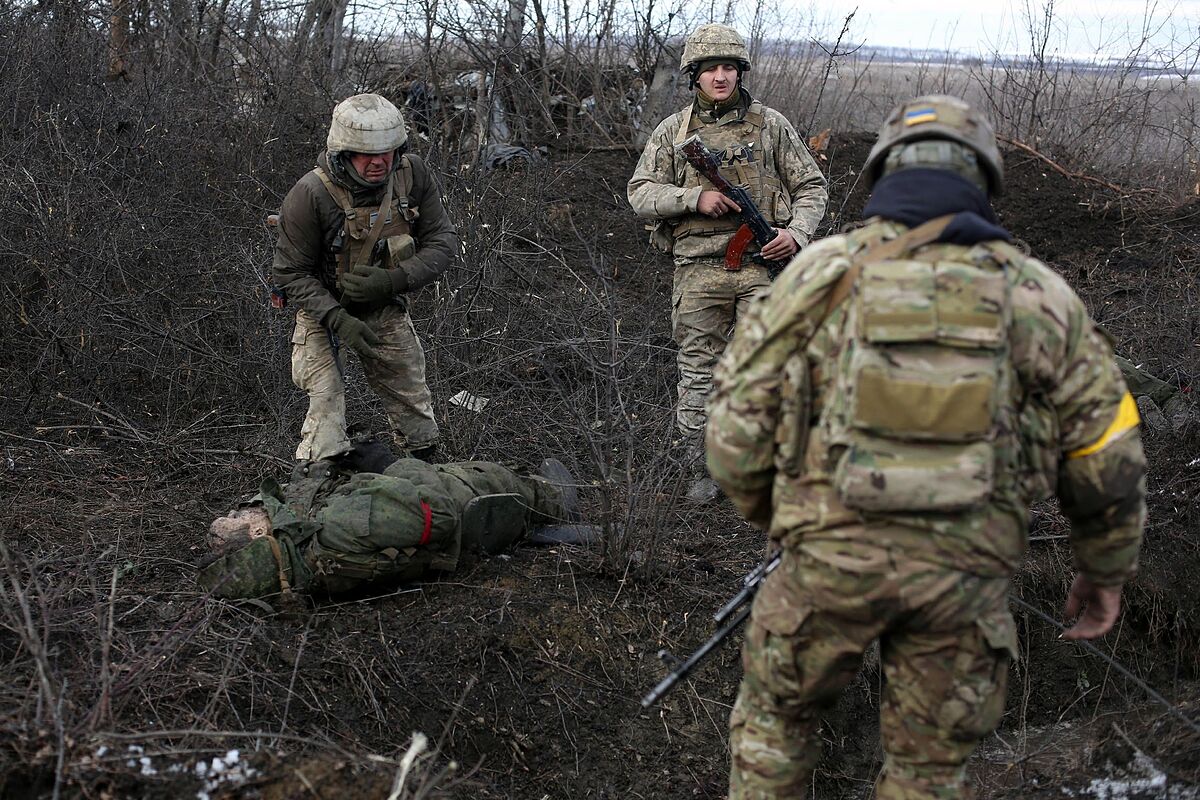 The second phase of the

is coming to an end and Putin's army is imposing itself on the resistance.

In the last week, Russian troops have advanced more than during the rest of May, although, according to the Institute for the Study of War, progress remains slow, limited to targets that are smaller than the Kremlin sees. had planted and hindered by Ukrainian troops.

That the battle had changed was also guessed by the declarations of the president of Ukraine, Volodimir Zelenski, and his government, who in the last week have admitted the difficulties they are encountering in the east of the country: "We are

This figure is "enormous", according to analyst Michael Kofman.

And, in addition, Zelenski has confirmed that on May 16 four Russian missiles killed 87 people in a military training center in Desna, in the province of Chernihiv.

It was a targeted attack, like the one in Yavoriv on March 13, and was the bloodiest since Putin's "special" military operation in Ukraine began.

Until now, kyiv - which claims to have killed almost 30,000 Russians, a number probably excessive - had leaked very little information about the number of casualties in the Ukrainian resistance.

the wear and tear of the battle,

to the point that they are now considering bringing reinforcements to the east of the country to prevent further advances by the Russians.

kyiv can cede territory with the hope of recovering it later, but the Russian Army has reduced its objectives, corrected its plans and is no longer thinking of encircling the resistance, but rather is looking for smaller objectives that can help it advance in the regions from Donetsk and Luhansk.

The Ukrainian defense "is collapsing"

The authorities of the self-proclaimed people's republics assure that the pro-Russian forces, together with the Moscow army, have finished with the Ukrainian defenses.

. An active assault is being carried out on Zolote. The peacekeepers are advancing towards Maloryazantsevo, Volcheyarovka," Lugansk Republic Ambassador to Russia Rodion Miroshnik said.

As he explained, "part of the strategic Lysichansk-Artemovsk highway is under the total control of the allied forces" which has caused "the

For his part, Franz-Stefan Gady, from the International Institute for Strategic Studies, has confirmed that, on the road from Bakhmut to Lischansk, two kilometers north of Soledar, the Russians can complicate Ukrainian logistics and supplies in the area.

"Russian troops have already come very close to Severodonetsk, so they can also fire mortars," admitted the head of the Lugansk regional military administration, Sergiy Gaidai.

"The city is constantly being bombed 24 hours a day. There is heavy fighting on the outskirts as the bombers launch missiles, the situation is very difficult," he adds.

In the fighting near Severodonetsk, the Ukrainian army has eliminated police captain Asvad Idrisov, officer Gapur Dakalov and the deputy commander of the fourth platoon of the Kadyrov regiment, first sergeant Ali Betishev, thus reducing the Chechen presence on the battlefield. .

However, the participation of veterans of the Russian security company Wagner is also relevant.

The importance of troop morale

has confirmed "what soldiers have known for centuries", recalls the 'Kyiv Post': that the morale of the troops is more important than any weapon or military doctrine, since it brings with it motivation, confidence, courage, cohesion, a sense of control over one's destiny.

For 90 days there has been talk of the

low morale of the Russian troops,

of Putin's soldiers not obeying orders or sabotaging their own means, but the incessant pounding of Russian artillery - along with the latest news coming from the battlefield - may now be having

a psychologically negative effect on the Ukrainian resistance.

Artillery is often unable to destroy bunkers, in part because some grenades are designed to explode on the surface and thus amplify the effect of shrapnel, but this undermines the morale of soldiers: they cannot move from cover, they suffer psychological trauma, they are afraid that everything will collapse or they think that the rubble could block the entrance to the bunker, says Lorenzo Nannetti, an analyst at Café Geopolitical.

Thus, the continuous blows cause

with insistent and repeated attacks.

This prevents the soldiers who are sheltered from moving and also the arrival of reinforcements.

The Russian army also has better logistics thanks to the use of a well-branched rail network and the Ukrainians have a harder time responding because the adversary's targets are further away and they have to detect them with radar.

These teams, provided by NATO, exist but do not have enough to meet current needs.