In the Rome metro, NATO tests its anti-terrorism technologies

In the Rome metro, NATO soldiers are testing technologies capable of detecting weapons or explosives: the Atlantic Alliance, mobilized by the war in Ukraine which is raging on its borders,… 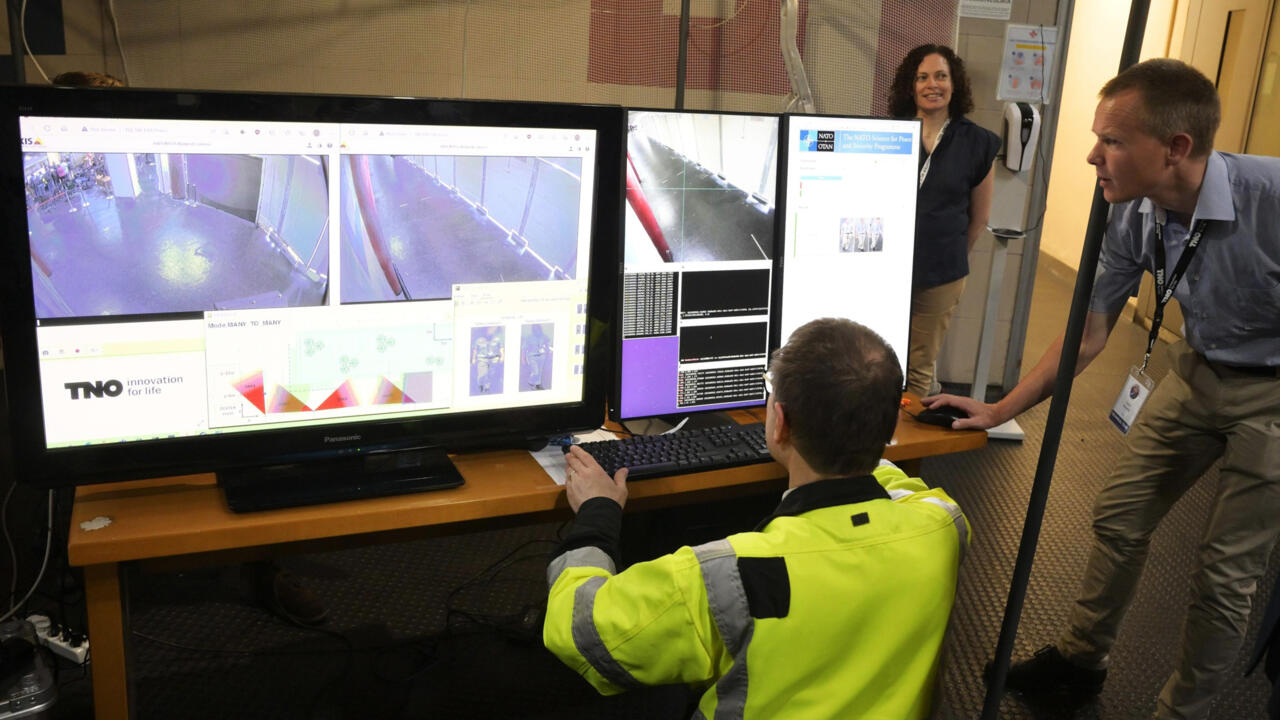 Project Dexter is one of the Alliance's non-military scientific research projects.

It is intended to secure the metros, stations and airports through which hundreds of millions of travelers pass through the world every day, recurring targets of deadly attacks.

In a metro corridor on the outskirts of the Italian capital, large screens are broadcasting colorful images from radar and laser systems this week.

The radar scanning passing travelers produces high-resolution 2D and 3D images that reveal the presence of a weapon in red, while a laser system can detect traces of explosives.

The results from the two sensors are then combined and analyzed by software, and an alert is quickly sent to smart glasses worn by a police officer in a control room.

Security demonstration to detect the presence of weapons on travelers in the metro, as part of NATO's "Dexter" project, on May 23, 2022 in Rome ANSA ANSA / AFP

"We are able to merge and combine the information from the first and last sensor and send a message to the police officer," Henri Bouma, a researcher at Dutch research organization TNO, told AFP.

Over the past month of testing, both systems have achieved a 100% success rate in detecting people carrying weapons or having traces of explosives on their bodies.

Tests carried out on even larger crowds have achieved a success rate of "over 99%", according to Bouma.

A man carries explosives during a simulated terrorist attack for a security demonstration in the metro, as part of NATO's "Dexter" project, on May 23, 2022 in Rome ANSA ANSA / AFP

According to NATO's Assistant Secretary General for Emerging Security Challenges, David van Weel, this technology, less invasive and more precise than random searches, could have a "tangible impact" on the lives of civilians.

"It could allow you to go to a football match or to an airport in complete safety", he underlines.

A dozen research institutions from NATO member countries (Italy, France, the Netherlands and Germany), as well as others in its partner countries (Ukraine, South Korea, Serbia and Finland) are taking part in the project.

At this stage, "it's only a prototype," says Deniz Beten, who heads NATO's program for science in the service of peace and security.

“We hope that within one or two years, we will be able to commercialize it for use in metros, airports or other infrastructures chosen by countries,” she adds.

In a context of declining public funding for civil research and development projects for decades, programs such as Dexter are important to fill the gaps in the private sector and could stimulate its participation, notes Mr. Van Weel.

“Our goal is to stimulate real monitoring, which will be mainly done by the private sector,” he explains, adding that Dexter's technology could be licensed.