Foot: Real Madrid at the top in Europe by its valuation (report)

Real Madrid is for the fourth consecutive year the most valued football club in Europe, at more than three billion euros, according to the annual report published by Football Benchmark unveiled… 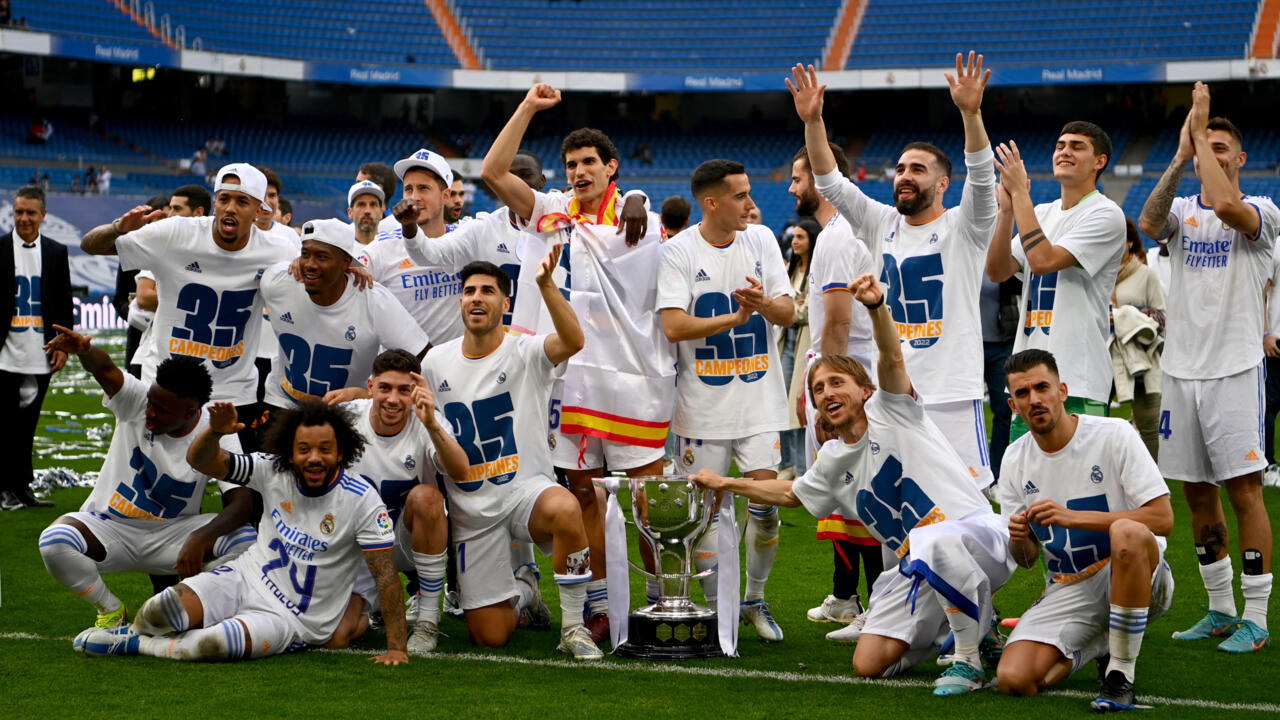 Real Madrid is valued by Football Benchmark analysts at 3.2 billion euros, an increase of 9% compared to 2021.

This status as European leader of Real, which is playing the Champions League final against Liverpool on Saturday, is explained by "continuous sporting and commercial success", says Andrea Sartori, president and CEO of Football Benchmark.

The joy of Karim Benzema, congratulated by the Brazilians Vinicius Junior (g) and Eder Militao, after scoring the 3rd goal against Manchester City, during the extension of the semi-final second leg of the Champions League, May 4, 2022 at the Santiago Bernabeu Stadium JAVIER SORIANO AFP/Archives

The Spanish club is one of the few to have recorded a net profit during the two seasons disrupted by the Covid-19 pandemic, notes Football Benchmark, but Real has not yet regained its record valuation of 2020 (3.5 EUR billion).

Real ahead in this ranking, established by taking into account in particular the financial results, the commercial receipts and the value of the workforce, Manchester United (2.9 billion EUR, +8% over one year).

Paris SG, 7th in this ranking, posted one of the strongest annual growth rates (+22% to EUR 2.1 billion).

Its growth over the past seven years, when the very first report was released, is unparalleled with a leap of 153%.

"Boosted by Kylian Mbappé's recent contract extension and the sensational arrival of Lionel Messi in 2021, there are few signs that PSG's growth will be halted," the report's authors note.

Forwards Neymar, Kylian Mbappé and Lionel Messi, before the match against Nantes, counting for the 14th day of Ligue 1, November 20, 2021 at the Parc des Princes FRANCK FIFE AFP / Archives

The English Premier League dominates the standings with 10 clubs (including four in the top 10) represented out of 32, while the Spanish Liga has six representatives, the Italian Serie A seven and the German Bundesliga three.