Dissent in the legislative elections, shared poison for the Nupes and the majority

They will be several dozen facing the candidates of the Nupes and those of the outgoing majority. The dissidents of the left and center blocs intend to make their voices heard during the… 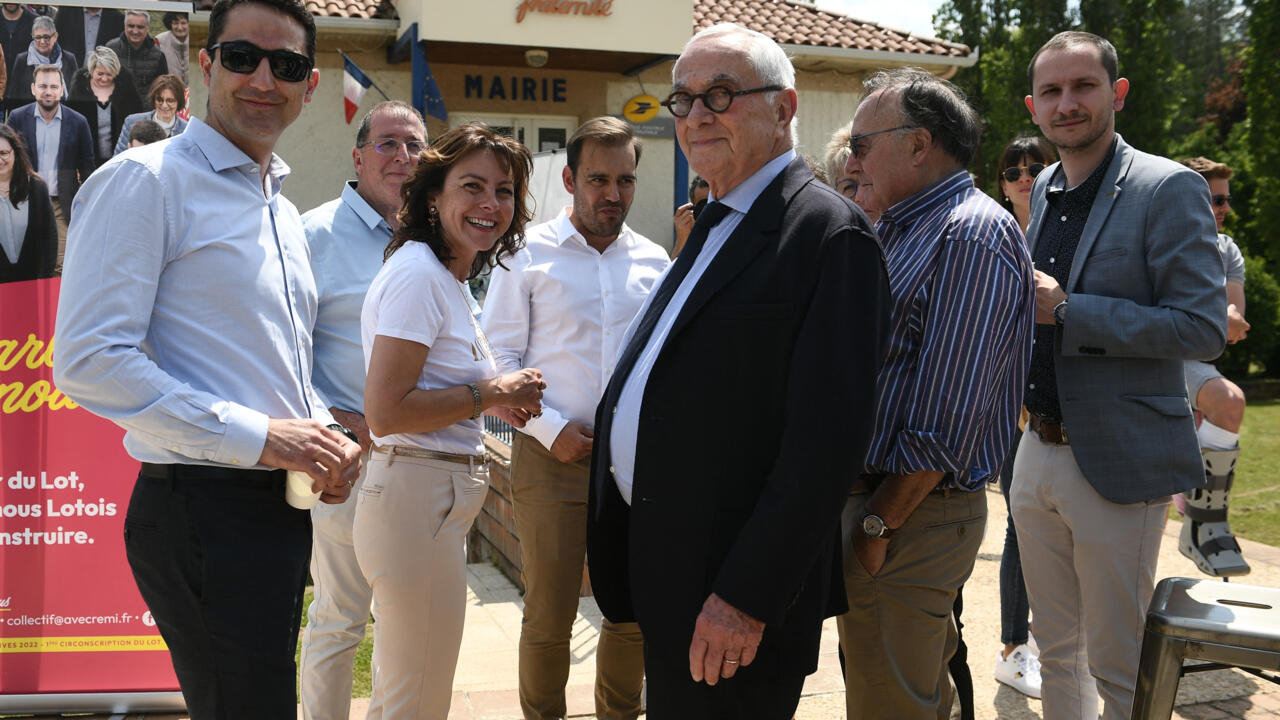 Dissent in the legislative elections, shared poison for the Nupes and the majority

The president of the Occitanie region Carole Delga, campaigning to support the independent candidate Rémi Branco in the legislative elections (second from his left), on May 7 in Arcambal.

At their side in particular: the former president of the Midi-Pyrénées region Martin Malvy.

They will be several dozen facing the candidates of the Nupes and those of the outgoing majority.

The dissidents of the left and center blocs intend to make their voices heard during the French legislative elections.

And if their number seems limited compared to the 577 constituencies in play, their power of nuisance is however taken very seriously in the staffs of the political parties.

,” laments the boss of the Socialist Party Olivier Faure.

In his viewfinder, the multiple dissidences from the ranks of the PS and which mortgage the chances of victory of the candidates of the New popular, ecological and social union in the constituencies where they present themselves.

The choice of the leaders of the Socialist Party to join the alliance of the left has indeed left its mark and a revolt has been launched in several regions: Grand Est, Auvergne-Rhône-Alpes, New Aquitaine, Normandy and especially Occitanie.

The president of this southwestern region, Carole Delga, has built a front of refusal by supporting dissidents in many of the 58 constituencies of Occitan territory.

They will be in particular seven out of the nine constituencies in the Hérault and its large city, Montpellier, led by another refractory to Nupes, Michaël Delafosse, and with the help of the Radical Left Party (PRG).

If at the national level, we prefer to relativize these figures, the situation is very embarrassing for the direction of the PS.

Because their partners from La France insoumise seem determined not to let it go.

Two socialist candidacies, however obtained after a hard fight during the negotiations of the union agreement, have thus just been disconnected because of too close proximity to Carole Delga.

This is David Taupiac, in the second constituency of Gers, where the Nupes label is now attributed to the Insoumise Françoise Dubos, and especially the outgoing deputy Joël Aviragnet, replaced by the ecologist Annabelle Fauvernier.

The elected official, however, retains the official support of the Socialist Party and considers that he played the game: "

I put the Nupes logo on my profession of faith and on the ballot papers, I do not know what I could have done with it. more

The situation is also very tense around the president of the socialist group in the National Assembly, Valérie Rabault, not convinced either by the agreement signed by the socialist leaders, and dropped by her local partners of the New Popular Union.

Virulent calls to order from Ferrand, Bayrou and Philippe

Tensions are also high in the constituencies where supporters of President Emmanuel Macron, disappointed not to have been invested, have also entered into dissent.

Sign that this subject worries, the presidential majority decided to use the strong way.

In each problem constituency, the leaders of Ensemble!, the majority coalition formed by Renaissance (La République en Marche), the MoDem and Horizons (the formation of Édouard Philippe), send virulent press releases in the form of reminders to order.

Since Monday, no less than 83 constituencies have received it.

Each time, the text – co-signed by the great pundits of the majority Richard Ferrand, François Bayrou, Édouard Philippe and Stanislas Guerini – is identical: the majority recalls the name of the candidate officially supported by Ensemble!, then it accuses the candidates “

claiming to belong to the presidential majority

Finally, she threatens to launch “

procedures against them, because this confusion cannot persist

This means that if a dissident were elected, he could not sit in the presidential majority.

This also means that the dissident runs the risk of being expelled from the party to which he belongs.

►Read also: Campaigning in his constituency, Borne reacts to the Abad affair

Threats worthy of the old world

Many candidates targeted by these press releases denounce a brutal way of doing things.

They believe that they are bearing the brunt of the electoral agreement negotiated in a hard fight between the parties of the presidential majority in defiance of the reality on the ground.

worthy of the old world

", castigates for example the dissident Ronan Loas, mayor of Ploemeur and member of the Horizons party of Édouard Philippe, who despite the investiture of Lysiane Métayer reaffirms his support for Emmanuel Macron.

La République en Marche has already put its threat into execution, in Aix-en-Provence where, for wanting to run against the invested candidate, Corinne Versini was expelled from the party, which she described in return as “

Another example, in the 6th district of Pyrénées-Atlantiques, two dissident walkers, Philippe Jouvet and Mathis Tenneson, were excluded from the movement.

", the focus of the tenors of the majority concerns the eleven constituencies of French people living abroad, where many candidates present themselves under the label "various".

The investiture of former socialist Prime Minister Manuel Valls by Together!

has particular difficulty passing for the outgoing deputy Stéphane Vojetta.

Despite the remonstrances of the majority parties, he continues to denounce the parachuting of Manuel Valls and always shows his support for the head of state.

Despite everything, La République en Marche minimizes the importance of dissent in view of the 556 nominations granted by Together!

Same story on the side of the union of the left: "

Even if they are 70 or 80, out of 577 Nupes candidates, it is not catastrophic either

When we signed the legislative agreement with the PS in 2012, we had more than thirty socialist dissidents out of the 66 constituencies reserved for us.

In the end, only fifteen to twenty dissident candidacies would really be considered serious, especially in the South West.

But we don't want to stage our dissensions

", we believe in high places within La France insoumise, "

This also allows the Socialist Party to clarify its line, we judge in the rebellious ranks, where we hardly taste the attacks from the former Prime Minister Bernard Cazeneuve, who multiplies the displacements of support for the socialist dissidents , after announcing his departure from the PS.

Another foreseen benefit: not having blocking deputies within the Nupes intergroup in the National Assembly, or even future defectors to Macronie.

It remains to determine the impact of these dissidences on the electorate on the left.

It's difficult to predict

because the voters have contradictory positions: they want both their left specificity to be recognized while advocating the union.

But I think this desire for union will prevail and favor the Nupe candidates.

►To re-read: Legislative 2022: Manuel Bompard presents himself in place of Jean-Luc Mélenchon in Marseille