Discrimination or geopolitical circumstances? Why did NATO reject Ukraine and welcomed Finland and Sweden?

Ukrainians believe they have been discriminated against in their unsuccessful 14-year membership bid, while NATO members have welcomed Finland and Sweden's recent bid. 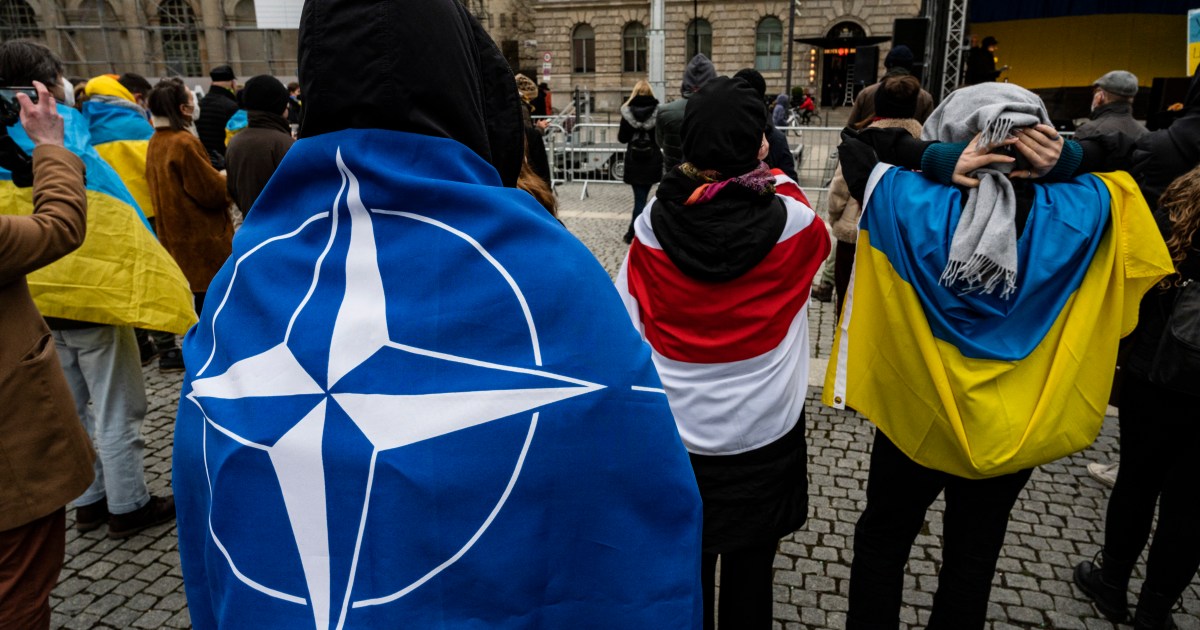 Since 2008, Ukraine has taken its first public steps towards membership in the North Atlantic Treaty Organization (NATO), and on this path it has poured many reform efforts and the application of the required standards, and drawn up the most important policies, the most prominent of which was a constitutional amendment approved in 2019 that made NATO membership a "strategic destination." for the country.

But Russia’s war on Ukraine in 2022 quickly dispelled - and in its first weeks - the dream of membership, to the point that Ukrainian President Volodymyr Zelensky ruled it out completely, and hinted at the possibility of his country returning to the “neutral” status it was.

Discontent over 'discrimination and fear'

Hints of abandoning the efforts of NATO membership did not succeed in convincing Russia to stop the war. Today, this issue is being raised in the Ukrainian political and popular circles with some resentment, especially after Finland and Sweden applied for NATO membership.

This resentment is based on the fact that 14 years of Ukraine's efforts in this regard have evaporated, while most NATO countries welcome Finland and Sweden's membership application, which began only a few weeks ago.

"This distinction would not have been possible without the fear of Russia," says Ukrainian political analyst Oleksandr Bali.

Referring to the repeated refusal of Ukraine's membership for fear of entering into a direct confrontation with Russia.

And he continues - in an interview with Al Jazeera Net - that "many NATO countries relied on unjustified fear, although friendship is worse than war with Russia, because it destroys the future," he said.

According to the analyst, the Ukraine war proved that Russia is too weak to be compared to the strength of the Soviet Union, which Ukraine was one of the most important components of its power, but it is aggressive, and this is one of the reasons that prompted Finland and Sweden to request membership, and prompted NATO to welcome.

A "geopolitical" decision is governed by circumstances

But others in Ukraine completely reject this argument, and see no sense in comparing its endeavours with those of Finland and Sweden;

Political analyst Victor Taran says that it is not right to treat the membership of these two countries with resentment and reproach;

"The decision to become a member of both NATO and the European Union was - and still is - geopolitical before any other reason or factors."

He adds that "every country has conditions and reality, which prompted Finland and Sweden to seemingly fast membership, but at some point it was difficult for other countries in the alliance, including even Turkey, its second largest member in terms of armies after the United States."

Taran says that the criteria in Finland and Sweden are European-Atlantic, even before membership, but Ukraine - over the past years - has applied only 43% of the NATO criteria required for its membership due to the period of President Yanukovych's rule (between 2010 and the beginning of 2014), which aborted the efforts of the preceding years. "Actually, we started from scratch after that."

With an optimistic look, political analyst Taran continues his talk about 3 external factors that have made NATO membership in Ukraine more than ever before, and there are others that it must apply internally.

He says that "Ukraine's membership must enjoy popular acceptance in the NATO countries, an urgent need for it in it, and the standards that must be raised to it."

According to the analyst, "The West in general today looks at Ukraine as a shield that protects it with courage and efficiency, and supports - for example - its membership in the European Union as it did not before, and I think it will do the same if Kyiv shows a new desire for NATO membership."

With an American hint that the chances of membership remain, and the doors of the alliance will remain open to Ukraine, Taran believes that "the Ukrainian authorities should reconsider their steps, and formulate "eloquently and convincingly" a new plan on the path of the alliance.