Brazil: Bolsonaro welcomes a bloody police raid in a favela

Twenty-five people were killed during an operation north of Rio de Janeiro on Tuesday, May 24. Accusing the opposition of laxity, the Brazilian president justified the brutality of the police "warriors... 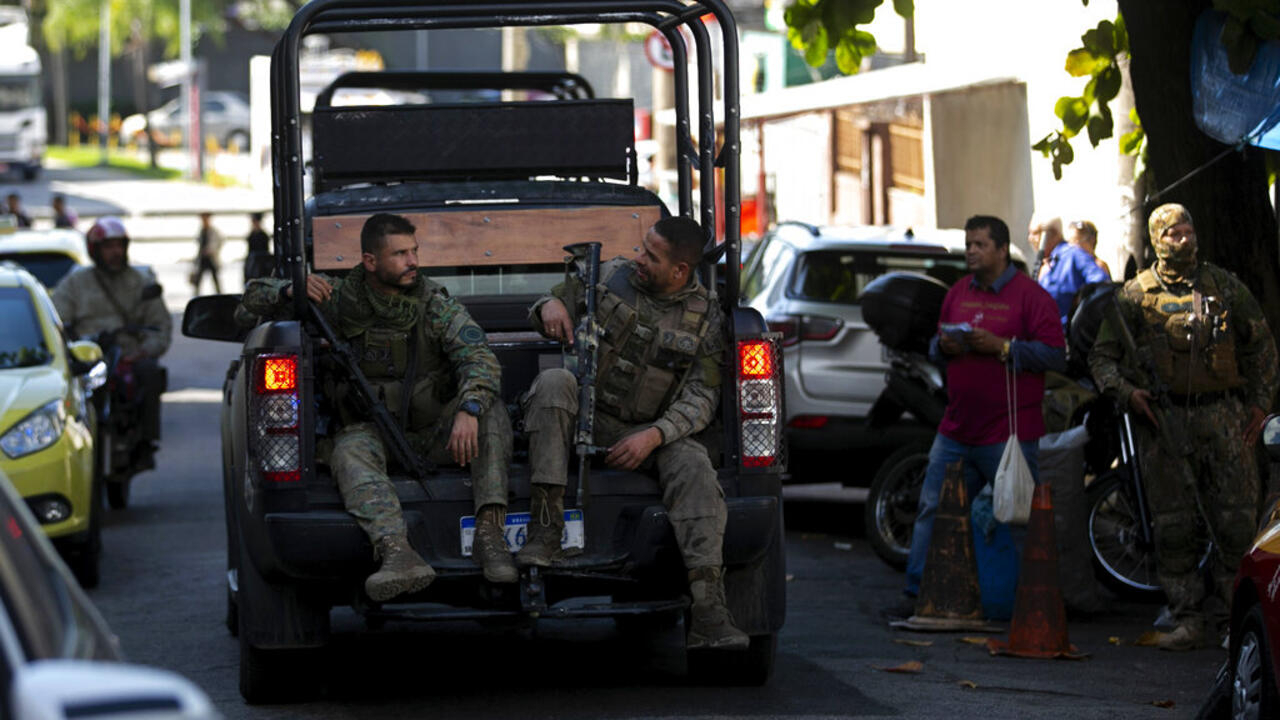 Brazil: Bolsonaro welcomes a bloody police raid in a favela

The Rio de Janeiro military police reported that the operation in Vila Cruzeiro was aimed at capturing the leaders of the criminal organization Comando Vermelho.

Twenty-five people were killed during an operation north of Rio de Janeiro on Tuesday, May 24.

Accusing the opposition of laxity, the Brazilian president justified the brutality of the "

" police officers, while cases of lethal violence by the security forces are regularly denounced in the country.

The military police, who frequently carry out this kind of morning operations in the favelas of Rio against drug traffickers, claim to have been greeted by gunfire as they tried to "

" in Vila Cruzeiro on Tuesday.

According to health authorities, two people injured during the operation died overnight from Tuesday to Wednesday at Getulio Vargas Hospital.

Another, a minor, died in a municipal dispensary.

Four patients remain hospitalized, one of whom is in serious condition.

Bravo to the warriors who neutralized at least 20 misfits linked to drug trafficking after being attacked during an operation against the leaders of a criminal faction,

The far-right president said he was indignant at "

the inversion of values ​​of part of the media

exempts the thugs from all responsibility

They demonize the police and treat criminals as if they were victims, not cruel, heavily armed bandits who flout the law, oppress, extort, threaten and kill anyone without fear

On Wednesday, Supreme Court Justice Edson Fachin said he was "

Last February, the Supreme Court ordered that the state of Rio present a plan within three months to reduce police lethality.

This plan was presented at the end of March, but was deemed too vague by human rights associations.

► To read also: Brazil: the police accused of reigning an "apartheid" in the favelas

" by these same associations, Tuesday's operation in Vila Cruzeiro, which lasted 12 hours, forcing schools and other public services to close their doors, resulted in the second worst toll in history. from Rio.

It took place a little over a year after

a raid that left 28 people dead

, including a policeman, in the Jacarezinho favela.

Many agents had been accused of summary executions, but only four of them were prosecuted and 10 of the 13 cases were dismissed.

" of human rights perpetrated by agents in Vila Cruzeiro.

The situation is extremely serious.

,” reads a joint press release signed by some twenty associations, including Amnesty International.