A parliamentary report, recently approved by the Federal National Council, suggested bringing in and inviting international experts from inside and outside the country at a high level of professionalism and professionalism to train young people on the requirements of the needs of the labor market, in addition to concluding memorandums of understanding between the ministry and other relevant authorities to 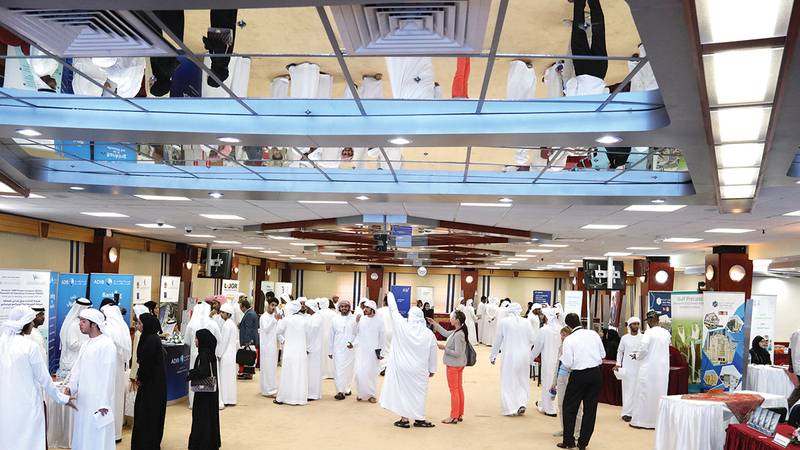 The parliamentary proposal seeks to familiarize young people with the required modern specializations.

A parliamentary report, recently approved by the Federal National Council, suggested bringing in and inviting international experts from inside and outside the country at a high level of professionalism and professionalism to train young people on the requirements of the needs of the labor market, in addition to concluding memoranda of understanding between the ministry and other relevant authorities to facilitate employment opportunities for young people, while The Ministry of Culture and Youth confirmed that the youth centers offered 126 specialized programs in the field of vocational preparation for youth, benefiting 6,273 young Emirati cadres.

In detail, a parliamentary report on the policy of the Ministry of Youth and Culture, recently approved by the Federal National Council, noted the absence of a clear vision that would allow youth centers to empower young national cadres despite the government’s endeavor to empower young people, enhance their contributions, and equip them with skills and knowledge that open doors of opportunity and allow them to participate Effectively in decision-making to support the country’s progress during the next 50 years, and to achieve the goals of the UAE Centennial in 2071.

The report, which "Emirates Today" obtained a copy of, stated that there is a noticeable absence of the role of youth centers in contributing to empowering young people, developing their capabilities, supporting and guiding them and providing them with appropriate opportunities, especially at the level of the role of these centers in introducing young people to the modern specializations required in the labor market. According to the objectives of the UAE Vision 2071, this is due to the “lack of coordination between youth centers and agencies related to the needs of the labor market regarding introducing young people to the specializations required in the labor market.”

The report pointed to the absence of studies and statistical data on youth needs and future directions in accordance with the National Innovation Strategy, which foresaw certain key sectors that enable young people to develop their future skills, such as renewable energy, transportation, health, education, technology, water, and the judiciary, stressing that the lack of definition of youth centers Young national cadres meet the requirements of the labor market, which has led to young people’s orientation towards specializations that do not match the needs of the labor market.

He stressed that this matter contributed significantly to a negative impact on the state's position in empowering youth, and the state's occupation of late ranks in empowering unemployed, unemployed or outside education and training youth during the years 2018, 2019 and 2020, pointing out that the state fell from the 35th rank. From 2018 to 36 in 2020, according to indicators of scientific knowledge.

The report monitored the absence of joint work programs between youth centers and relevant authorities to educate young people about the optimal use of social networking sites, highlight and develop youth talents, raise awareness of the benefits and areas that help to benefit from these means and use them in a positive way, and establish awareness programs and mini-courses for young small business owners. .

It included a government response from representatives of the Ministry of Culture and Youth, in which they confirmed that the youth centers provided 126 specialized programs in the field of vocational preparation for youth, benefiting 6,273 young Emirati cadres.

The report called for the importance of coordinating with the concerned authorities to prepare and implement specialized work programs to support young talents and push them to focus on launching and promoting their successful projects on social media, especially those with quiet accounts.

He suggested inviting international experts from inside and outside the country with a high level of professionalism to train young people on the requirements of the labor market needs, in addition to the importance of concluding memoranda of understanding between the ministry and other concerned parties to facilitate job opportunities for young people.

Government representatives stated in the parliamentary report that the youth centers provided a set of programs and workshops in cooperation with a number of federal and local authorities on the optimal use of social media sites.

They pointed out that the total number of programs that were presented in cooperation with the concerned authorities reached 25 during the period (2019-2020), while the report insisted that there is a weakness in the role of youth centers in educating young people about the dangers of misusing modern means of communication and dissemination of ideas proposed by influencers in Various social networking sites.

“Access to a lifetime’s job is not easy... and maintaining it is more difficult,” a practical equation that requires hard effort to pass, beginning with academic diligence, followed by self-professional development, then search, rejection and acceptance, until achieving the desired career dream.

In terms of its societal role, "Emirates Today" seeks to involve young people in the goal of searching for work, the dreams of a lifetime job, and the reality of the state's plan to localize its young cadres in the public and private sectors.