“We need to return to peaceful life as soon as possible”: how the attitude to the special operation in Ukraine divides families

The attitude to the special military operation in Ukraine divided many families into two camps. The closest relatives or friends, whom, it seemed, nothing could quarrel with, stopped communicating, considering each other traitors. RT's interlocutors were three people who had a conflict with loved ones because of different views on the situation in Ukraine. 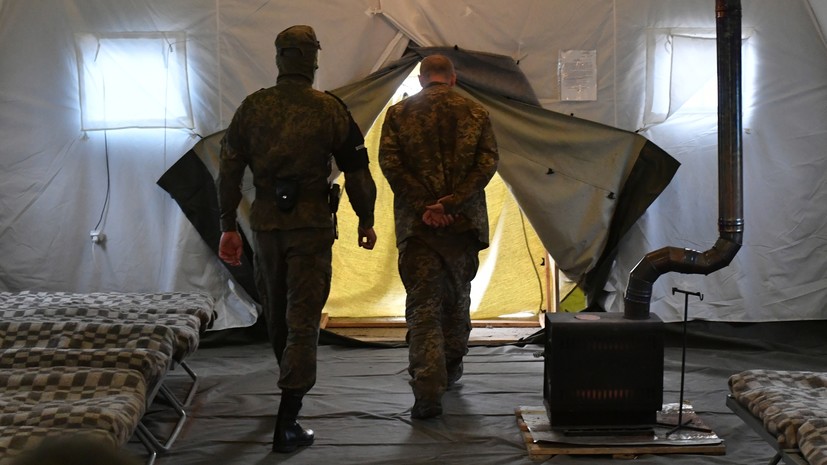 “I am a professor at the St. Petersburg Polytechnic University, a specialist in the field of ecology of metallurgical production.

Before moving to Russia, I lived and taught in Mariupol for 45 years.

On the basis of the events in Ukraine, my relations with old friends, with some St. Petersburg colleagues, went wrong, in addition, I carefully began to communicate with unfamiliar people, fearing to be misunderstood.

Of the whole mass of Ukrainian friends and acquaintances, only one remained, with whom we understand each other.

The rest, more often on their own initiative, threw me out of their lives back in 2014 - “as a representative of the aggressor country” (as one of the not most delicate friends formulated the claim).

I was happy to communicate with my fellow countrymen from Mariupol, who had traveled all over the world: to the USA, Canada, Israel, Germany, but with the beginning of the NWO, which swept like a hard roller through our city of childhood, relations with them frankly deteriorated.

Most of them stopped calling themselves, I stopped communicating with some, because, despite requests not to touch on a sore subject, they continued to pour bitterness and irritation on me from the destruction of Mariupol.

However, the most unbearable situation has developed with my two closest friends, fellow countrywomen, practically sisters.

They gave up on me first.

Imagine: a school, an institute, they gave each other in marriage, every holiday - together at the table, all the troubles and joys in half, often rested together at our dacha by the sea - and suddenly you don’t need it!

One of them said that she didn't want to hear about this Butorina anymore.

The other disappeared with the beginning of the shelling, rumors came that he was sitting in the basement.

How I just did not look for her: through journalists, friends, volunteers.

Then she appeared on the network, I wrote: they say, let me know how you are.

But she didn't answer.

And these are people who were not closer.

I find out about what is happening to them through one of our mutual acquaintances, who corresponds with them.

Perhaps she is not so openly standing for Russia.

Fortunately, my relatives - daughter, son-in-law, grandson - are united in their views.

I am sure that the family has a huge influence on patriotic education.

My sister and I were brought up by parents who were communists and great patriots, and we, their children, and then our children, could not grow up differently.

I am glad that my grandson is for Russia with all his heart, he is 19 years old.

I know several families where there is no unanimity between the older and younger generations.

Apparently, somewhere the parents gave up and did not notice how the children left for the Russophobic liberal world.

How can you survive all this and improve relations between once close people and our peoples, standing on opposite sides of the front line?

How to extinguish the consequences of the conflict in the future?

I think that only years of peaceful, prosperous life will help.

And for this it is necessary to rebuild what was destroyed, to provide people with work, education, and free healthcare.

We all need to strain and do everything in our power to return to peaceful life as soon as possible.

I am quite old, but I hope to live until this day of light.

“I was born into a large family in a village in the hinterland of Ukraine.

Our grandfather has six children, 12 grandchildren, most of whom have moved around the world.

My family and I left for Russia when Chernobyl exploded, I was then quite small.

Some of the relatives, less than half, probably remained in Ukraine.

They kept in touch, visited each other.

Both after 2014 and after February 24, 2022, relations were, in principle, normal, we established a rule - not to discuss politics.

Even if it affects us directly, we must find an opportunity to remain a family and not quarrel.

But closer to May 9, the tension increased.

On Victory Day, I found a photograph where one of my uncles, the father of a cousin (he lives near Kyiv), is sitting with his grandfather.

Grandfather served in the Red Army, went through the entire Great Patriotic War, his entire chest was in orders.

We played it with medals in childhood - can you imagine how many there were if 12 grandchildren were enough?

In general, I sent this photo to family chats with the postscript “Thanks to grandfather for the Victory.”

To which my brother replied that they do not celebrate this holiday.

And I objected: “Very bad, you must remember our grandfather.

God forbid, there will be a peaceful sky, we will talk more.”

The second relatives, who live in Italy, were completely silent.

But grandfather was the head of our family!

Our wise grandfather was the assemblage point.

When we were little, he had a very simple recipe for curing all disputes and omissions: he sent everyone to the garden.

It seems to me that even now he would give someone a rake in their hands, someone a shovel, someone paint and a brush and send them to occupational therapy.

We are lucky that, in spite of everything, we still have such a common connecting thread - without it, often relatives quarrel forever.

We have enough sense not to bring matters to an open conflict.

Some families swear to the nines, begin to sincerely hate each other.

Maybe because we don’t have or don’t yet have a generation in our family who, from the age of five or six, had it in their heads that Russia is evil.

But all the same, everything that is happening is very difficult, because we do not see our relatives and cannot go to them.

As a result, everyone boils in their own cauldron, because of this it is easier for them to brainwash.

I would never have thought that there would be misunderstandings in my family because of politics.

Previously, I always wrote “Ukrainian” where it was required to indicate nationality.

Now it has become some kind of fashion in Europe, and it's terrible.

For those who have quarreled with relatives, I can advise you to remember your history and roots.

One way or another, our ancestors either fought at the front or worked in the rear.

We must remember this and that a second Civil War cannot be allowed.

This is the scariest thing."

“My mother is from Russia, in her youth she moved to the Kharkov region, where I was born.

She died shortly before 24 February.

By that time I lived in another village in the same region, moved to my mother-in-law.

My wife and I have four children, and when the food began to run out, the question arose: to stay in place and wait for the unknown, or look to the future and leave.

We sat down, weighed everything and decided that it is better to give peace to ourselves and our children, to start a new life, and this should be done where we will at least be perceived as people.

Therefore, we did not go to Western Ukraine, where the mother-in-law's cousin called, but to Russia.

We left with this composition: my wife and I, our children, my wife's parents, my sister and wife's sister with her boyfriend.

We walked to the border for about an hour, then we were met by border guards, taken by bus to a temporary accommodation point, issued, settled.

Now we are slowly processing the documents, we are going to go to work.

I am lucky that almost all close relatives, not counting my brother, sister and two aunts, are with me, I am not alone.

My wife is very supportive, helps me, does everything so that I do not get nervous once again.

She herself is worried, of course, after all, we were left without a home, we had to leave everything that was ours.

When we left, there was no communication or electricity in the village, so it was impossible to somehow warn, inform those who remained about our departure, they found out about it only when everything had already happened.

The remaining relatives took our decision very badly, they said that we had betrayed our home and left.

But what a betrayal if we went to where mother comes from?

Perhaps such an aggressive reaction was due to the fact that we left for Russia, I don’t know.

In general, I do not communicate with those who did not accept our choice.

These are not only relatives, but also friends and neighbors.

The first week or two was difficult: I tried to somehow establish contact, call.

But then I decided that it would not lead to anything.

I have no hope of restoring the relationship.

Yes, and the desire to meet halfway, to be honest, too - after all the negativity that poured out on us.