“The NATO-centric world has exhausted itself”: the Federation Council pointed to the growing role of Russia in the world

In the West, they are coming to the realization that Russia cannot be ignored, much less “cancelled,” said Konstantin Kosachev, vice speaker of the Federation Council of the Russian Federation. According to him, "the NATO-centric world has exhausted itself." Senator Olga Kovitidi also took a similar position, stressing that as the economic crisis grows, the West is gradually coming to the conclusion that it is impossible to resolve key issues without Russia. At the same time, Ukrainian President Volodymyr Zelensky criticized some Western elites for their "habit of taking Russia into account." According to experts, now we can say that the unipolar world has collapsed and ignoring the Russian Federation and its interests in the new world order is unacceptable. 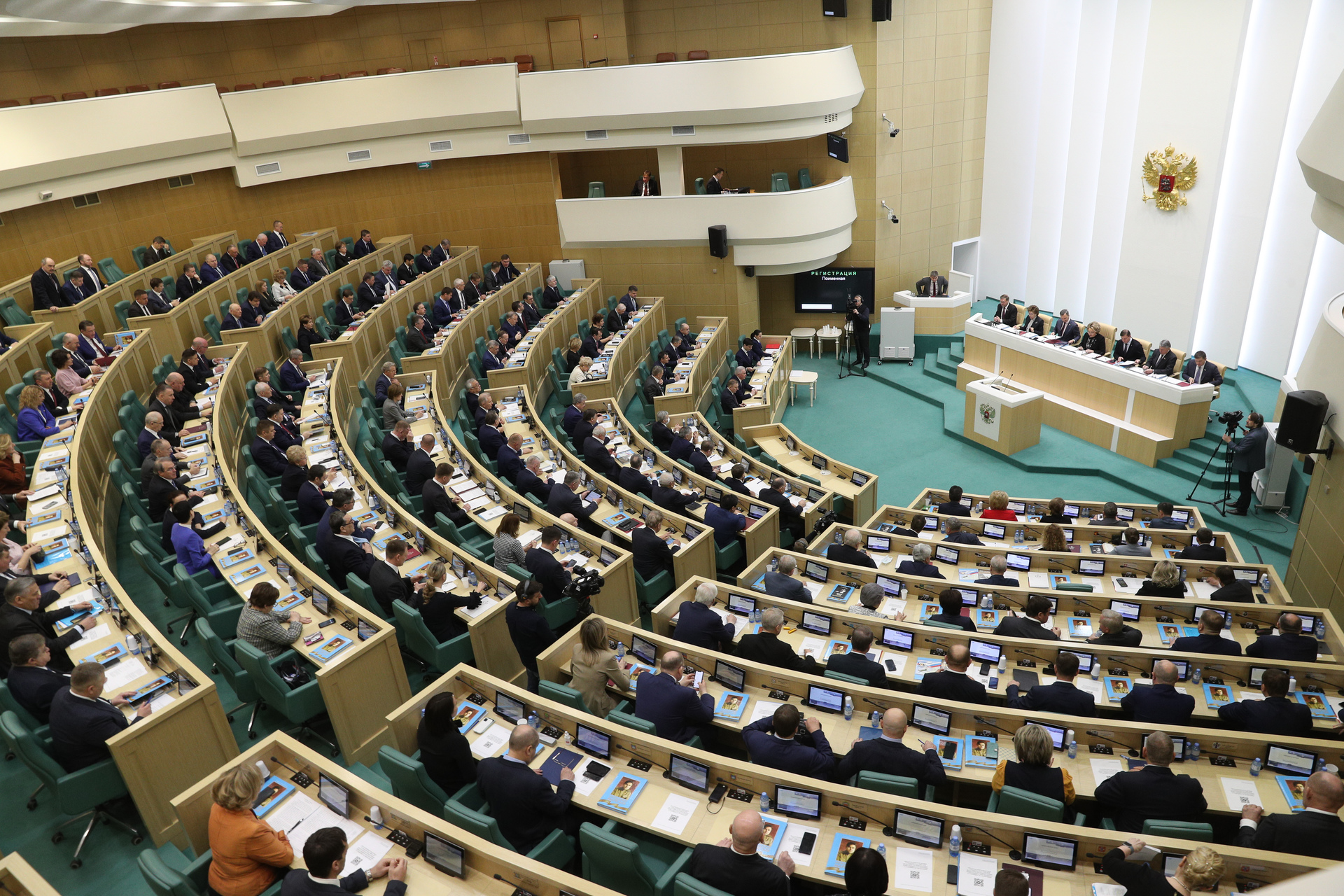 In the West, they are coming to the realization that Russia cannot be ignored, much less “cancelled”.

This was stated by the vice-speaker of the Federation Council of the Russian Federation Konstantin Kosachev.

“The patriarch of American politics, Henry Kissinger (former US Secretary of State.

) recently brought a clear dissonance to the harmonious choir of anti-Russian hawks at a conference in Davos, speaking out for the need to reach compromises between Kiev and Moscow, including on the territorial issue,” Kosachev noted in your Telegram channel.

“A critical mass of awareness of new realities is really accumulating in Western public opinion and, as a result, in political elites.”

Kosachev also recalled the words of Austrian President Alexander van der Bellen, who, in an interview with the online version of the Der Standard newspaper, said that he realized the need to "take a closer look at Putin's statements."

However, according to the senator, so far we can only talk about "the emerging trend."

“But even such a far from the most daring posing of the question – Russia cannot be ignored, and even more so “cancelled”, caused almost a panic in Kyiv,” he stressed.

According to Kosachev, "the NATO-centric world has exhausted itself."

“He knows nothing but his own expansion.

Time after time, provoking new wars and conflicts outside its borders.

And I'm sure the highly experienced Henry Kissinger understands what he understands.

And conditional Davos, and real Washington with Brussels, and Kyiv, which is meaningless at the moment, will inevitably have to listen to his experience, ”said the deputy speaker of the Federation Council.

A member of the Federation Council Committee on Constitutional Legislation and State Building Olga Kovitidi spoke with a similar position in an interview with RT.

According to her, there is a growing awareness in the West that it is impossible to solve key issues without Russia as the food and economic crises worsen there.

“Today we are clearly aware of the growing role of Russia, that the world will never be the same again.

It is obvious that the same Europe without the Russian Federation today will not survive.

The competitiveness of European industry is seriously falling, and this deprives the continent of the opportunity to increase economic activity.

Quite interesting events await us ahead, and I am sure that the collective West will have to rethink its overall role in the geopolitical situation,” Kovitidi stressed.

Recall that American diplomat Henry Kissinger on the sidelines of the World Economic Forum (WEF) in Davos called for dialogue and a ceasefire in Ukraine.

“Negotiations need to start within the next two months ... before it leads to intractable upheavals and tensions.

Ideally, the demarcation line should return to the previous status quo,” he explained.

The American media reacted to his words.

Thus, the CNBC television channel admitted that it could be a “return to the state of affairs” before the start of Russia’s special operation in Ukraine.

) gives reason to believe that according to him (Kissinger.

) Russia’s thought should be allowed to keep Crimea, which it annexed in 2014,” writes CNBC.

It is worth noting that after the statements of Henry Kissinger, President of Ukraine Volodymyr Zelensky, during his address to citizens on May 26, stated that some political elites in the West have a “habit to take Russia into account.”

) even when there are no objective grounds for this.

For them, it is convenient and really familiar.

- Whatever the Russian state does, there is someone who says: let's take into account their interests.

This year in Davos it sounded again.”

In addition, the Ukrainian president criticized the statements of the American diplomat.

“In Davos, for example, Mr. Kissinger emerges from the deep past and says that it is supposedly necessary to give Russia a piece of Ukraine so that there is supposedly no alienation of Russia from Europe.

It seems that Mr. Kissinger does not have 2022 on his calendar, but 1938, and he thinks that he is speaking to the audience not in Davos, but in what was then Munich,” Zelensky said.

According to him, "symptomatic editorials" appeared in some Western media that Ukraine "must accept the so-called hard compromise, giving up territory in exchange for peace."

“And behind all these geopolitical arguments, those who advise Ukraine to give something to Russia, big geopoliticians never want to see ordinary people, ordinary Ukrainians, millions of those who, in fact, live on the territory that they offer to exchange for the illusion of peace” Zelensky noted.

He also urged to do everything possible so that the world has a "steady habit - to take Ukraine into account."

The words of Zelensky with criticism of Kissinger were commented by the official representative of the Russian Foreign Ministry, Maria Zakharova.

“The monster began to grin at the creators,” she noted in her Telegram channel.

At the same time, after Zelensky’s statements, German Chancellor Olaf Scholz, during a speech at the World Economic Forum, stressed that the West would not accept the allegedly imposed peace on Ukraine on someone else’s terms.

British Foreign Secretary Liz Truss, for her part, noted that Russia's actions in the context of the Ukrainian crisis should only be met with force.

According to the press secretary of the Russian President Dmitry Peskov, Moscow is waiting for Kyiv to accept the demands of the Russian Federation and realize "the real situation that exists."

He stressed that there is no talk of territorial concessions.

We will remind, earlier Italian Prime Minister Mario Draghi called for the introduction of a ceasefire in Ukraine.

According to him, it should be achieved as soon as possible, and it is also necessary to start the negotiation process.

According to experts interviewed by RT, the Russian establishment correctly described the trend developing in the West regarding the prospects for interaction with the Russian Federation.

“Sober-minded Western politicians are gradually coming to the idea of ​​the need for dialogue with Russia and coexistence with it.

It is logical that they are trying to find “decouplings” in those moments where we are talking about the situation around Ukraine, ”said Vladimir Olenchenko, senior researcher at the Center for European Studies at IMEMO RAS, in an interview with RT.

In his opinion, Zelensky's criticism of this approach once again proves that he is not an independent political figure and relays other people's ideas.

“The statement of the President of Ukraine sounds rather infantile.

Apparently, he expressed the requested position of that part of the Western establishment, which is extremely radical towards Russia, ”the analyst believes.

He also suggested that the theme of total Russophobia in the West "cannot be long-playing."

“She has almost exhausted her potential, so they are trying to spur her on with all sorts of loud anti-Russian statements and additional sanctions.

But in the states of the West and in the world as a whole there are many problems that will inevitably push them to cooperate with the Russian Federation and build a dialogue, ”the expert said.

Konstantin Blokhin, a leading researcher at the Center for Security Studies of the Russian Academy of Sciences, believes that it is difficult for the West, led by the United States, to admit that the unipolar world with American hegemony is disappearing, but nevertheless there are figures who openly talk about it.

“The unipolar world collapsed, it was replaced by a multipolar one with the active role of Russia and other countries.

Washington and its satellites are trying to return everything to normal, but to no avail.

The West simply cannot ignore the Russian Federation, since its importance in a polycentric world is extremely high, ”the analyst said in a commentary to RT.

However, from his point of view, such an alignment is not beneficial to Zelensky and some Western leaders.

“He does not want a defuse of the situation in Ukraine, as well as the head of the White House, Joe Biden, as well as US allies.

All of them impose the Cold War paradigm,” the expert says.

However, in his opinion, sooner or later the West will have to improve relations with Russia.

“They will still be forced to make contact in those areas where they cannot cope without the Russian Federation.

In particular, this concerns the supply of energy resources, on which Europe is highly dependent,” Blokhin concluded.