On Tuesday, the US authorities arrested an Iraqi linked to the Islamic State and charged him with preparing for the attempted assassination of former President George W. Bush, in news that sparked a great interaction on the communication platforms in Iraq. 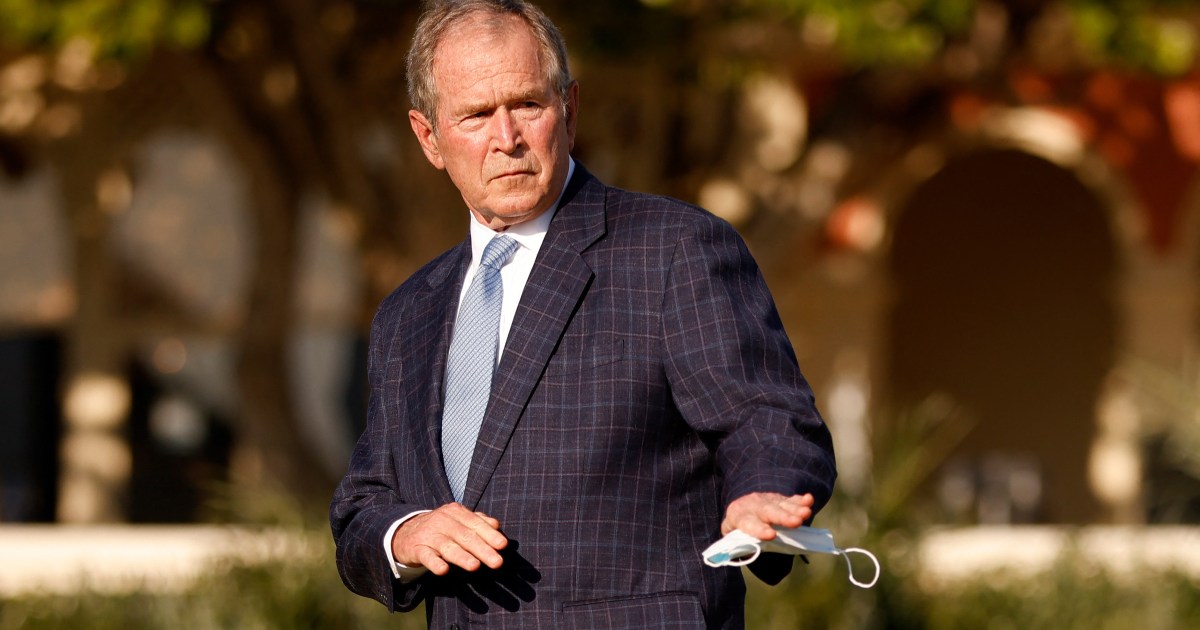 Yesterday, Tuesday, the US authorities announced that they had arrested an Iraqi asylum-seeker linked to the Islamic State, and charged him with preparing for the attempt to assassinate former US President George W. Bush, in news that sparked a great interaction on social media platforms in Iraq.

And the Ohio Public Prosecution said - in a statement - that agents of the Federal Bureau of Investigation's Joint Counter-Terrorism Task Force arrested Shehab Ahmed Shehab, 52, on charges of "aiding and supporting a plot aimed at killing the former President of the United States."

The statement indicated that Shehab tried to recruit other Iraqis and bring them to carry out the attack, and conducted reconnaissance and reconnaissance operations in the city of Dallas, Texas, near places linked to George W. Bush, during last November to capture a video about the former president's house, and to recruit a team of his Iraqi citizens who hoped to smuggle them to The country crosses the Mexican border, as well as obtaining firearms and vehicles for use in the assassination, according to a search warrant issued on March 23 and revealed last April in federal court in Columbus, Ohio.

The FBI said that it revealed the scheme through the work of two secret informants and monitoring the account of the alleged scheme on the WhatsApp platform owned by Meta, according to the American magazine Forbes.

Chehab legally arrived in the United States in 2020 on a tourist visa and moved between Columbus (Ohio) and Indianapolis (Indiana's largest city) before seeking asylum.

The accused also tried to help a man, believed to be Iraqi, to immigrate to the United States in exchange for a sum of money.

The Public Prosecution indicated that "in October and December 2021, Shehab received tens of thousands of dollars" to secure the arrival of this person, who "was in fact a fabrication," noting that "the communication was coordinated under the administration of the FBI."

FBI Special Agent John Ypsilantis said that "4 Iraqi citizens, 2 of whom were former Iraqi intelligence agents, were to be smuggled into the United States from Turkey, Egypt and Denmark as part of the plot," and Ypsilantis added that "the plan included bringing the conspirators into Mexico, then crossing border to Texas.

Shehab told a man who was actually an informant for the FBI that these two former Iraqi intelligence operatives under Saddam Hussein were supposed to carry out the assassination of Bush with the help of elements from the Islamic State and a group called "Thunder".

According to a document published by the FBI on Tuesday, the team members "wanted to kill Bush Jr., because - in their opinion - he is responsible for the deaths of many Iraqis and the disintegration of the country after his military intervention in 2003."

The publication of this news received a great deal of interaction on social media platforms in Iraq, and reactions and comments on it varied;

While some of the respondents doubted the existence of an assassination attempt, others regretted the failure of that attempt.

Journalist Othman Al-Mukhtar wrote - on his Twitter account - "No sane person can accept the credibility of any American story involving Iraq and Bush Jr."

"But it remains a good opportunity to remember the hundreds of thousands of Iraqi victims, and the millions of orphans, widows and the disabled who have not received justice from the reports of the US Department of Justice," Al-Mukhtar added.

No sane person can accept the credibility of any American story in it (Iraq and Bush Jr.)

But it remains a good opportunity to recall the hundreds of thousands of Iraqi victims and the millions of orphans, widows and disabled people who have not received justice from the US Department of Justice reports!

This is not the first time that Iraqis have been arrested for attempting to assassinate the Bush family. In Kuwait in the nineties, a number of Iraqis were arrested...

On the other hand, the media advisor, Yarub Al-Hassoun, questioned - via a tweet on Twitter - the validity of the American narrative regarding the assassination of Bush Jr., and said that it was not true.

There is no truth to the American narrative about the assassination of former President George W. Bush by an Iraqi resident in America...

Bush last week reignited the controversy over the war when he inadvertently used the phrase "the Iraq war" while criticizing Russian President Vladimir Putin for launching a "brutal and totally unjustified invasion of Ukraine".