Two hours before Biden returned home, he provoked... Strategic message to Korea and the US

At the time North Korea fired the missile today, US President Biden was in a private jet leaving Japan and returning to the White House. So, the authorities analyzed that this provocation was North Korea's dissatisfaction with the results of the recent summit between us and the US. 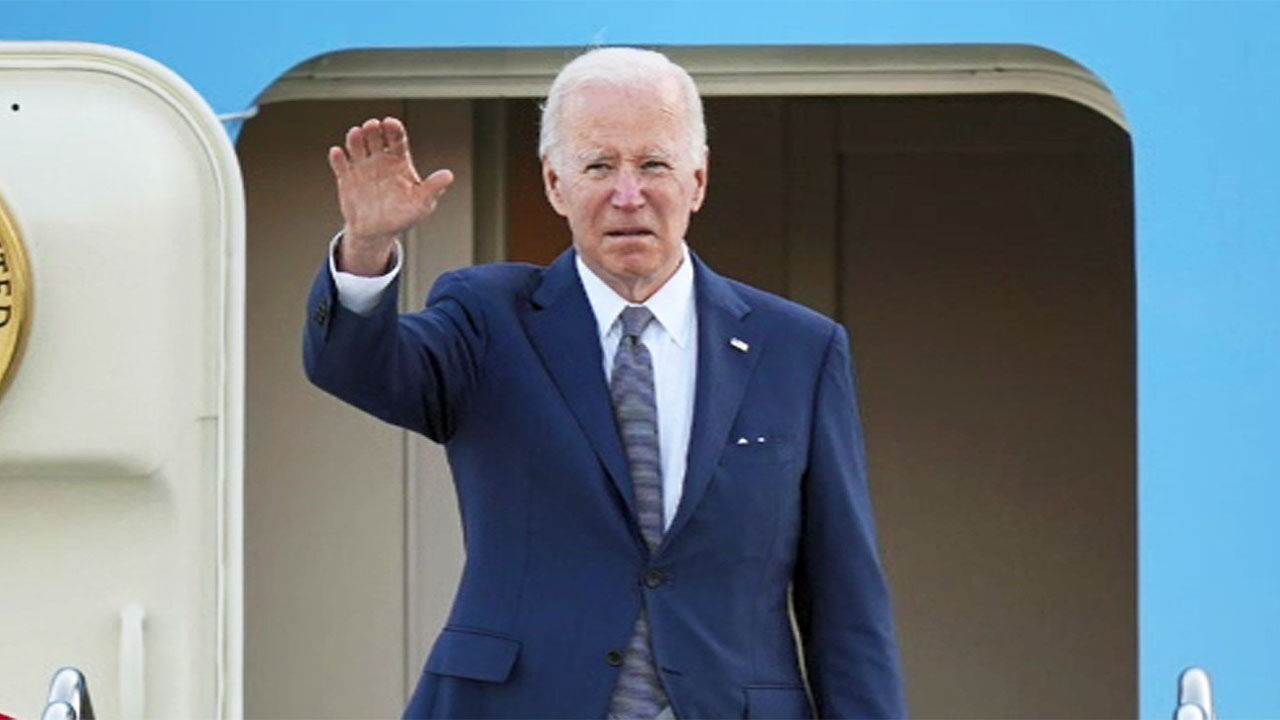 At the time North Korea fired a missile today (25th), US President Biden was in a private plane returning to the White House from Japan.

So, the authorities analyzed that this provocation was North Korea's dissatisfaction with the results of the recent summit between us and the US.

At the same time, specific circumstances were revealed that North Korea was preparing for a nuclear test.

Next is reporter Kim Min-jung.

At the moment of North Korea's first missile launch, the Air Force One, a dedicated plane for US President Biden, was flying over the North American continent.

With two hours left to arrive in Washington, North Korea fired the Hwasong-17 at an elevated angle, which it said could hit the US mainland.

President Biden had to receive a report on the plane.

This means that North Korea has declared a strong, head-to-head response to the United States, which shared a hardline stance toward North Korea during their trip to South Korea and Japan.

The South Korean government also interpreted that North Korea expressed strong dissatisfaction with the outcome of the summit.

Kim Tae-hyo, first deputy director of the National Security Office, said, "President Biden launched the provocation at a point similar to when he entered the airspace of his homeland.

He also noted that the political intent to test the new government's security readiness appears to be strong.

Specific circumstances have also been revealed that North Korea is preparing for its 7th nuclear test at a location other than the originally known Punggye-ri nuclear test site.

[Kim Byung-gi/Secretary of the National Assembly Intelligence Committee: I mentioned that the (nuclear detonator test) was outside of Punggye-ri, but it seems that the (detonator) test was conducted in a specific place at a place that could be presumed to be a nuclear test.

] The possibility of a nuclear test within two days is small, but the analysis of the intelligence service indicates that there is a good chance after that.

[Cho Han-beom/Senior Research Fellow, Institute for Unification: After a nuclear test, it also means that the cards to be used against the US and South Korea are exhausted.

So a nuclear test is possible at any time, but there is a possibility to consider political timing...

The US State Department also issued a statement of condemnation, urging North Korea to "restrain from further provocations and engage in substantive dialogue."