The terrible balance of the massacre committed in a Texas elementary school is closely related to the fact that the murderer, Salvador Ramos, was equipped with a... 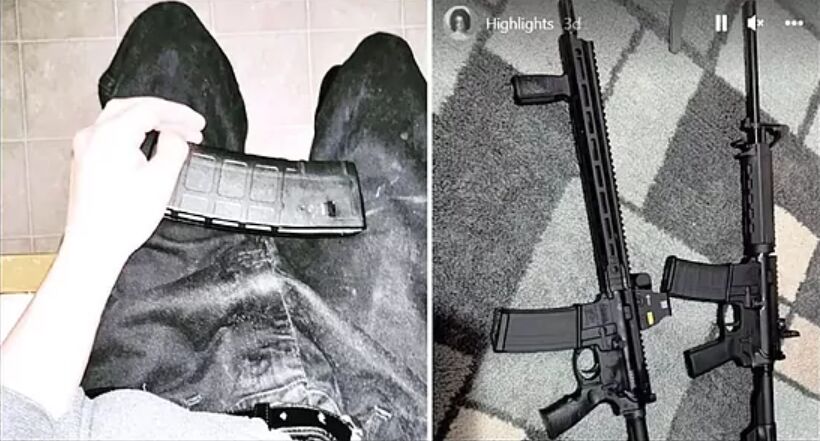 The terrible toll of the massacre committed at a Texas elementary school is closely related to the fact that the killer, Salvador Ramos, was equipped with a civilian variant of

a military assault rifle designed to make as many victims as possible in a record time.

Known in the United States as the

it is a semi-automatic rifle that has multiple versions.

Its military design is "M16", which can be unloaded in automatic mode.

On Tuesday in Uvalde, Ramos managed to kill 19 students and two teachers, despite the fact that the police were on the scene.

But even before then, over-the-counter AR-15s

had already proven their woeful effectiveness

in the series of shootings that left the United States in mourning.

"There is no important difference between (these rifles) and military weapons," highlights the Violence Policy Center, a specialized think tank.

Whether during the July 2012 massacre

the massacre five months later at a Connecticut elementary school (26 dead, 20 children), or the December 2015 jihadist attack on San Bernardino in California (36 people affected, 14 deceased), these light rifles equipped with high-capacity magazines of up to 30 bullets and more were used.

One shooter, more than 500 victims

the 60-year-old who shot from the 32nd floor of his Las Vegas hotel,

killing 58 and injuring around 500 in the middle of a country music concert, had several of those rifles.

A month later, the man who murdered

25 people at a Texas church during a church

the young man who sowed death at Parkland High School in Florida on Valentine's Day 2018.

, in a gay club in Orlando, more than a hundred victims

fell under the bullets of a single assailant equipped with this assault rifle: 49 died and several of the 53 survivors were seriously injured, given the extreme projectile speed and its ability to destroy tissue.

"These weapons are used to commit terrible acts. They are called

They propel bullets at breakneck speed that pass through bodies and cause terrible carnage," Joe Biden, then vice president of Barack Obama, declared at the time.

banned assault rifles and some high-capacity magazines for ten years.

The ban expired in 2004 and has never been renewed since then, despite multiple attempts.

The idea of ​​a legislative backlash on the issue faded away.

In fact, the market for these extremely dangerous rifles is booming.

Manufacturers present them as hunting, sports or recreational objects, or as the best answer to the need for self-defense of Americans.