The PSOE has voted this Wednesday together with ERC, Bildu, PNV, Izquierda Confederal and Junts in the Senate a bill to modify the Penal Code in order to... 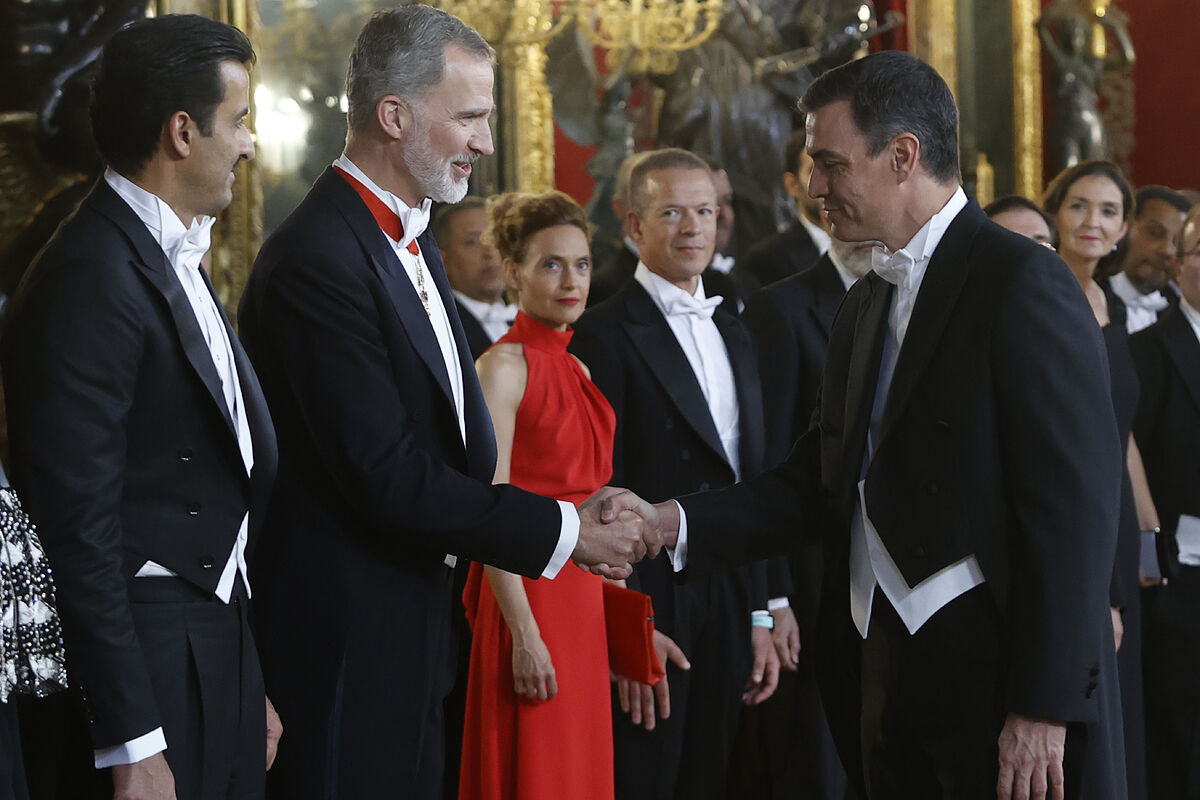 The PSOE has voted this Wednesday together with ERC, Bildu, PNV, Izquierda Confederal and Junts in the Senate a bill to modify the Penal Code in order to decriminalize insults to the Crown and outrages against Spain, such as the burning of flags, despite the fact that in plenary he was critical of the promoters, so his consideration has been approved.

Finally, the Senate has taken into consideration the proposal presented by Esquerra Republicana and EH Bildu with 145 yeses.

111 senators have voted 'no', including those of Vox, Ciudadanos and PP, whose leader, Alberto Núñez Feijóo, has witnessed the plenary session from his seat after taking office this morning as senator.

In his speech, PSOE senator Artemi Vicent Rallo described the debate as "advantageous" for being raised in the midst of controversy over Juan Carlos I. According to him, criticism of any power must be guaranteed, "of course", but he said that this proposal is outside the socialist approaches, since what its promoters, ERC-Bildu, seek is to eliminate the Crown.

For the socialist senator, "the purpose of ERC today is to bring to the Senate the debate on the legitimacy of the monarchy in the constitutional system, an advantageous debate, because it takes advantage of this moment", with the controversy over the conduct of Juan Carlos I and his recent trip back to Spain, "to confront the right".

Rallo has also accused the opposition of being a "pseudodynastic" right-wing and in favor of a "wild, sterile and wild" patriotism.

"We socialists maintain our commitment to the constituent pact of 1978 and we unreservedly defend the constitutional institutions, all of them, because it is to defend" the time of greatest "peace, progress and well-being", the senator has indicated.

In addition, Rallo has questioned the ERC representative and has criticized her for considering herself "more republican" than the socialist caucus.

The PSOE, according to the senator, has an "unequivocal tradition" in defense of the republic and "popular sovereignty."

The debate in the plenary has been monopolized by criticism, from the parties favorable to the proposal, to Juan Carlos I, especially as a result of his recent trip to Galicia and Madrid.

The PSOE has insisted on demanding explanations from the King Emeritus and has opted to modernize the Royal House, but has criticized that what the bill wants is to destroy the legitimacy of the monarchy.

From Esquerra, Senator Laura Castel has been in charge of defending the bill on the rostrum, whose reasons are related to freedom of expression and ask to "take the example" of other countries with a "long democratic tradition", such as the United States, since, for them, "a modern democracy must ensure citizens their full right to freedom of expression."

Under the ERC criteria, as long as this classification is maintained, "always" there may be an accusation of "political order" that entails "consequences", for which it has cited as an example that, in 2020, the National Court Prosecutor's Office opened proceedings for insulting the Crown, the Andalusian politician Teresa Rodríguez, the Galician Ana Pontón and the now president of the Generalitat, Pere Aragonès, for statements that "were protected" by freedom of expression.

Castel has advocated for the right to express ideas contrary to the monarchy, even if they are offensive, given the "inviolability" of the Crown.

He has considered that punishing insults and outrages is a "brake" and a "dissuasive effect" to not say what one thinks.

"The protection of freedom of expression has its raison d'être in those manifestations that may provoke debate, controversy or indignation, or even hurt sensitivities", he has expressed.

In the document, ERC and Bildu maintain that "the Spanish State must overcome these censorships that classify as crimes the burning of flags or insulting the Crown from a concept of sacralizing the image of the king and his family", before criticizing the "persecution" that, in his opinion, people, artists or satirical magazines have suffered "for making use of their freedom of expression."

In his speech he highlighted the case of the rapper Valtònyc.

On his side, Carlos Mulet, from Compromís, has been placed, who has maintained a clash with the senators of the PP, whom he has accused of being corrupt, thieves, fascists and scoundrels, causing the first vice president of the Senate, Cristina Narbona, to call him the attention

Vicenç Vidal, from Més, and Josep María Cervera, from Junts, have also supported the initiative.

The PNV, through its senator Imanol Landa, has offered its support for the proposal as it sees a revision of the Penal Code as necessary, but has stated that it requires nuances and "calm" reflection.

Senators María Salom (PP), Miguel Sánchez (Citizens), Yolanda Merelo (Vox) and Alberto Catalán (Unión del Pueblo Navarro) have charged against the proposal, agreeing that the proponents of the proposal want to have an "open bar" to insult "without limits" the Royal House and discredit, without criminal punishment, the symbols of Spain, such as its flag and its anthem.

"King Juan Carlos has done more for our democracy than all of us here and he played a decisive role in stopping 23-F", as Felipe VI did on "October 1, 2017", before the illegal referendum of the Generalitat .

"There was the Crown", Salom has said.