The killing of Sherine Abu Aqleh.. The Security Council is discussing the assassination and two investigations by CNN and the Associated Press confirm Israel's responsibility for it 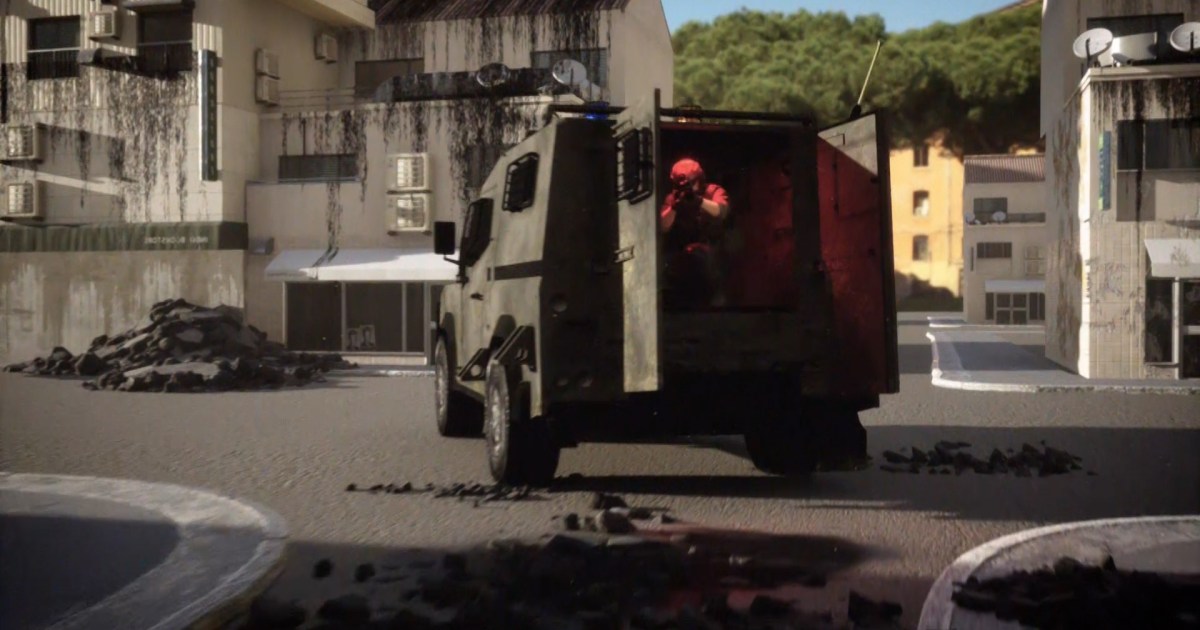 The United Nations Security Council held a meeting called by the Permanent Representative of Ireland to the United Nations, to discuss the situation of media freedoms, and the case of the assassination of Al-Jazeera correspondent Sherine Abu Akleh in particular, as revealed by two investigations by the Associated Press and CNN. The Americas, the truth about the assassination of our colleague Shireen Abu Aqleh.

The Irish delegate to the UN Security Council, Geraldine Byrne Nason, said during the informal Security Council session, that it was inconceivable that the Council did not respond immediately to the horrific killing of Al Jazeera reporter Shireen Abu Akleh.

We need to raise the issue of protecting journalists to the top of our agenda, she added, noting that the Security Council has a duty and responsibility to protect journalists.

During the session, the director of Al Jazeera's office in Washington, Abdul Rahim Fuqara, briefed the Council on the incident of Abu Aqila's killing, as he stressed that Al Jazeera's position in this regard is clear and clear, and that Shirin's life is important, as is the case for an independent and transparent investigation into her murder and the grave violations that were committed against her. Her funeral was subjected to her.

He confirmed that Sherine was killed in cold blood by Israeli bullets while she was performing her work, stressing that the Al Jazeera network had evidence and witnesses that support this position.

He said that Al Jazeera is considering all possible legal options to ensure justice and prevent impunity for those who killed Shireen.

He stressed that Shirin's killing highlights the importance of the Security Council playing its necessary role in protecting journalists.

He said that Al Jazeera calls on the Security Council to assume its responsibilities in protecting journalists, and in helping to end the state of impunity for their killers and violators of their freedoms.

A joint statement issued at the conclusion of the talks between the Emir of the State of Qatar, Sheikh Tamim bin Hamad Al Thani, with British Prime Minister Boris Johnson touched upon, among other things, the assassination of Sherine Abu Akleh.

The joint statement confirmed their condemnation of the killing of Al-Jazeera correspondent Shireen Abu Aqleh, and renewed their call for the UN Security Council to conduct an immediate, comprehensive, transparent, impartial and impartial investigation.

For his part, British Member of Parliament Bambos Charalambos told Al Jazeera that he hoped Israel would reconsider its decision not to conduct an investigation into the killing of Shireen Abu Akleh.

The Associated Press and CNN have published two investigations revealing the truth about the assassination of colleague Shireen Abu Akleh, while Washington stressed the need to punish the party responsible for the operation.

CNN said it had collected evidence confirming that the Israeli army had targeted Al-Jazeera reporter Shireen Abu Aqleh in Jenin.

She added that the analysis of bullet marks in the tree in which Shireen took shelter indicates that she was deliberately targeted to assassinate her.

The network's investigation concluded that "there were no armed men or armed confrontations near Shireen Abu Aqleh during the moments before her murder."

The network said, "The evidence we collected indicates that Shireen Abu Aqleh was targeted by the Israeli forces."

For its part, the Associated Press said that its investigation into the circumstances of the killing of Al-Jazeera reporter Shireen Abu Akleh reinforces the assertions of the Palestinian authorities and the deceased's colleagues that the bullet that killed her came from an Israeli soldier's rifle.

The agency stated that its journalists visited the site where Shirin was killed, on the outskirts of Jenin refugee camp in the West Bank, and listened to eyewitnesses, as well as examining the available photos and videos.

The Associated Press reported that its interviews with 5 eyewitnesses came with a result consistent with the findings of the "Bellingcat" group - an investigative journalism group based in the Netherlands - regarding the location of the Israeli forces and their proximity to Shirin Abu Aqleh, which makes targeting by the occupation soldiers a possibility. likely.

The agency indicated that several pictures and video clips taken on the morning of May 11 showed Israeli army vehicles standing at the head of a narrow street, and Shireen Abu Aqleh was standing at the opposite end in a clear line of Israeli soldiers.

She added that these footage showed journalists and passersby fleeing from the gunfire that was fired from the direction of the Israeli army vehicles.

According to the agency's report, the only confirmed presence of Palestinian gunmen was on the other side of the Israeli forces, about 300 meters away, separated from Abu Aqila by buildings and walls.

The Associated Press pointed out that the Israeli army claimed the presence of at least one Palestinian gunman in a position between Israeli forces and journalists, but the agency confirmed that the army did not provide any evidence for this or clarify the whereabouts of that alleged gunman.

The agency quoted Israeli army spokesman Amnon Scheffler as saying that an Israeli soldier inside one of the vehicles fired a rifle equipped with a sniper sight in response to the shooting by the alleged Palestinian gunman.

The Israeli army says that it identified that rifle, but that it will not be able to provide a definitive answer about the killing of Shireen Abu Aqleh, unless the Palestinians hand him the bullet that killed her in order to compare it with that weapon.

Meanwhile, Brian Dooley, senior advisor to the United Nations Special Rapporteur for the Defense of Human Rights, said that the International Criminal Court has two documents regarding the assassination of Al-Jazeera correspondent Shireen Abu Aqleh, which were submitted to the court for a decision.

Dooley explained - in an interview with Al Jazeera - that one of the two documents was submitted by the International Federation of Journalists.

"The court must decide on the petitions submitted and whether it will consider them or not," he added.

Palestine submits a report to the International Criminal

On Monday, Palestinian Foreign Minister Riyad al-Maliki announced that his ministry had submitted a report to the International Criminal Court on the assassination of Shireen Abu Aqleh.

The Palestinian Foreign Ministry indicated that it submitted its monthly report that includes the crimes of the Israeli occupation, including the assassination of Shirin Abu Aqleh, to the International Criminal Court to open an investigation.

The ministry demanded the court to assume its responsibilities and expedite the opening of an investigation.

On the other hand, British House of Commons member Bambos Charalambos said in a tweet on Twitter that he met Anton Abu Akleh, brother of colleague Sherine, in Jerusalem.

Charalambos stated that Anton handed him a letter requesting international support for an independent investigation into the assassination of his sister and to hold those who killed her accountable.

Meanwhile, the Palestinian Journalists Syndicate called for the prosecution of the perpetrators of the assassination of Al-Jazeera correspondent Shireen Abu Aqleh and the attempt to kill journalist Ali Al-Samudi while covering the storming of an area in Jenin on May 11 by the occupation forces.

Nazzal stressed the need to pursue the occupation and take all appropriate measures to prevent a recurrence of the crime of the assassination of Shireen Abu Akleh.

The Israeli occupation authorities are still refraining from opening an investigation into the killing of Shireen Abu Aqleh, although her initial examinations proved that its soldiers fired at the location where the Al-Jazeera reporter was.

In the same context, the US State Department called for "a comprehensive and in-depth investigation into the killing of Shireen Abu Aqleh, which leads us to hold the perpetrator accountable."

"We expect the Israelis and Palestinians to keep us informed of their investigations into the killing of Shirin," she added.

However, the US State Department considered that the International Criminal Court was not the appropriate place to investigate the killing of Shireen Abu Aqleh.

For his part, the Palestinian prime minister said, "We will not accept in any way a joint investigation with the Israelis into the killing of Shireen Abu Akleh."

"We decided to refer the file of Shirin Abu Aqleh to the International Criminal Court, to hold Israel accountable for its crimes," he added.