The EU wants money from criminals and oligarchs

Take away the money and the status stuff - that's how organized crime should be accessed. In addition, the European Commission wants to confiscate more from oligarchs and circumvent sanctions into an EU crime. 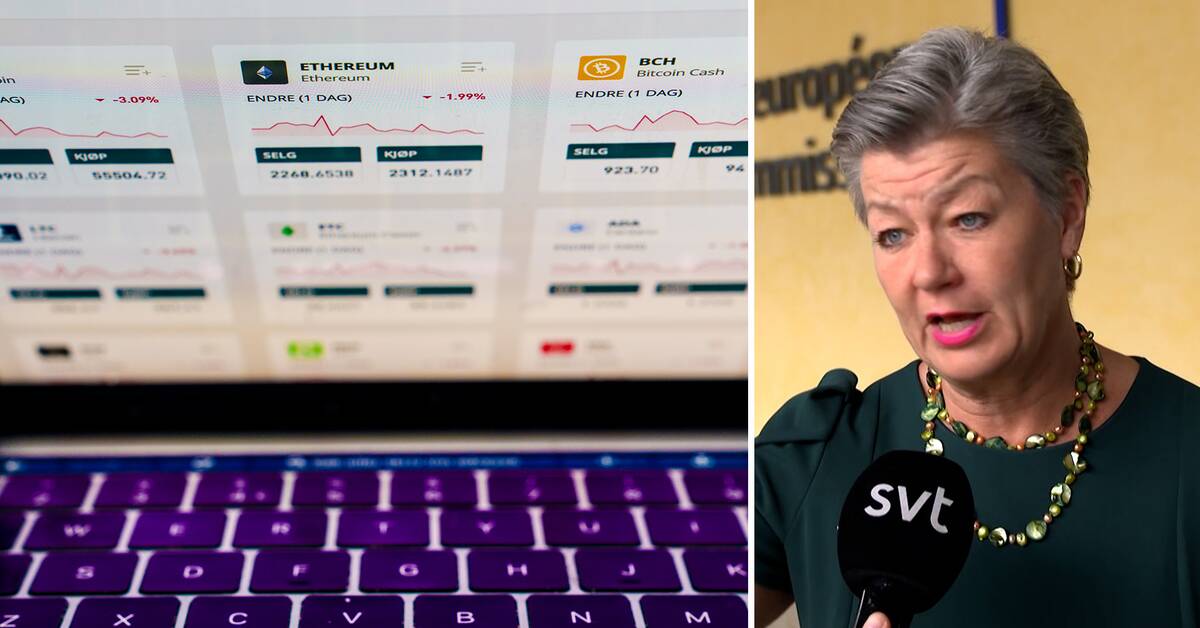 According to the Commission's estimates, criminal organizations earn 139 billion euros, almost 1,500 billion kronor, per year from their activities.

And only about one percent of that money is seized today.

The European Commission wants to make it easier to seize assets, which the authorities are convinced come from criminal acts.

- It is a new bill that makes it faster to freeze assets, but also easier to seize after freezing them, in more cases than you can do today, says EU Commissioner Ylva Johansson, who is responsible for the proposal.

"The criminals working in many countries"

In what way is the work concretely changed for Swedish police by this bill?

- This will then be a common EU standard at a higher level than we had before.

And since the vast majority of these criminal networks are active in many member states, they move their assets quickly, for example, it is important to have a common standard throughout the EU, says Johansson.

But those who want to see rapid new tools for the work against organized crime must be tolerated.

A proposal from the Commission must first be approved by the member states and the European Parliament before it becomes EU law.

- It will take a couple of years, I would think, says Ylva Johansson.

The idea is that it will be possible to confiscate assets in more types of crime than today.

One of the new crimes will be precisely violations of the EU's sanction system, which is proposed to be added to the list of common so-called "EU crimes".

At the same time, it must be possible to sell assets that are considered to be able to easily lose value or be particularly expensive to hold.

- We now have very strong sanctions.

Now we want to make it a crime throughout the EU to break the sanctions.

And then this bill also applies to freezing and seizing for them, says Ylva Johansson.