News summary on the way home from work, Subsletter Evening. Park Ji-hyeon, chairman of the Democratic Party's vice chairmanship, is determined and continues to complain about the party's reform request. . 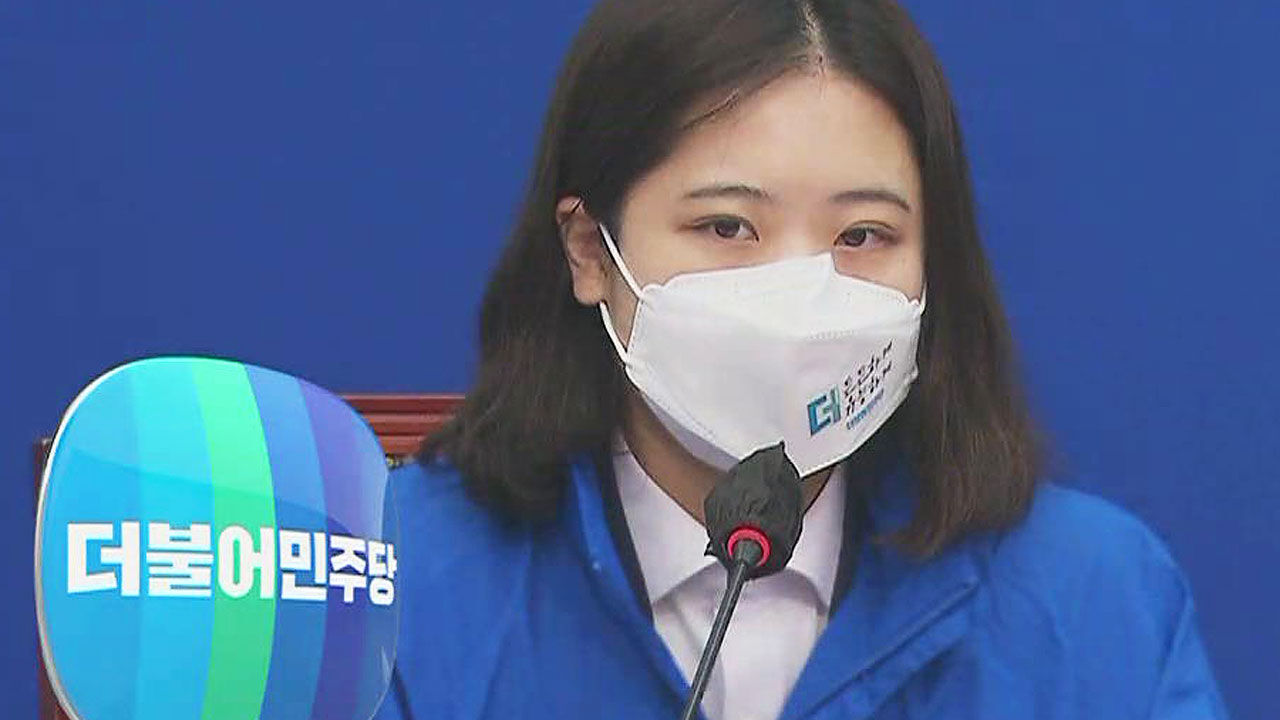 Park Ji-hyeon, chairman of the Democratic Party's supremacy, is determined and continues to complain about the party reform request. He raised the level even further by bringing up the theory of 86 Yong-goo in the face of the politicians of his birth.

The 86th group is also a key force in the Democratic Party, so the aftermath is not easy.

Can a new politician in his 20s who has never done politics break through this situation?

586 Remarks of 'resignation theory' in the face

Chairman Park Ji-hyeon brought up the '86 Resignation Theory' in the face of these 86 group politicians and struck a direct blow.

"At the time of the election, there was a declaration that I would withdraw from the second term," he said. "But now, only former Prime Minister Kim Bu-gyeom, former Minister Kim Young-chun, and former lawmaker Choi Jae-sung have announced their retirement. Losing the election cannot change the promise." I continued the 'resignation theory'.

The main points are as follows.

"The 586's mission was to restore democracy and bring it to this land. Now that role is almost done. It must prepare for a beautiful exit. The 586's remaining role is to guide the 2030 youth to address these issues and create a young Democrat. will keep open"

Even in order to restore public trust, the resignation of 586 politicians should be discussed.

During the presidential election, there was a declaration that he would retreat to the front line.

However, the only people who have announced their retirement now are former Prime Minister Kim Bu-gyeom, former Minister Kim Young-chun, and former lawmaker Choi Jae-seong.

In that sense, I raised the issue yesterday.

586's mission was to restore democracy and settle the land.

Now that role is almost done.

Be prepared for a beautiful exit.

Running for more than four terms in the same constituency should be banned as promised.

(..) South Korea's politics in 2022 aims to overcome the gaps and discriminatory inequality that 586 politicians could not have imagined.

The 2030 youth are the biggest victims of this disparity, discrimination and inequality, and the main agents of resolution.

586's remaining role is now to pave the way for young people in their 2030s to address these issues and create a younger Democrat.

Chairman Park also continued the demand for renewal, saying that the fandom politics should be changed, the stigma of negligence should be removed, and the disciplinary action of Rep. Choi Kang-wook should be dealt with as soon as possible.

He even said that we should never disobey the text bombs from the extreme supporters.

The meeting participants must have been embarrassed, but since it was an open meeting with reporters watching, there was no big backlash.

However, General Manager Kim Min-seok indirectly expressed his displeasure, saying, "I heard that various pending issues are being carried out in accordance with the party constitution and party rules in the process of orderly innovation. I'm told it's finished.

It is said that the Goseong came and went after the meeting of the predecessors was made private.

The reporters organized the remarks heard outside the door, and it is said that they heard shouts several times.

Most of it was the content of the criticism of Chairman Park Ji-hyun.

Rep. Jung-jin criticized, "It's okay to say anything, but you should consult with the leadership and make a public statement." It is said that someone said, "Is this the leadership?" "Isn't this a private seat?"

But it is said that Chairman Park Ji-hyun did not back down.

It is said that he responded with words such as "Did you feel anything after going to Bongha? Where did Roh Moo-hyun's spirit go?" "Why did you choose me to sit here?"

Park Ji-hyun, who doesn't back down...

The conflict between the two-top Democratic Party, who served as the co-chairman, is exposed as it is, but they do not hide their discomfort with each other.

Chairman Yun Ho-jung said, "I don't think this is something that a few people will discuss before the election and come up with it. Since it is about reform and innovation in the future, I think it is a matter that will be discussed after the party's discussion body is created and discussed there," said Chairman Yun Ho-jung. Regarding Chairman Park’s press conference, he said, “I am representing the party. It also made me feel uncomfortable.

The 'public apology press conference' has been criticized not only by Chairman Yun Ho-jung, but also by mainstream figures in the party, but Chairman Park does not give up.

After the election meeting, he posted a rebuttal on his social media account, saying, "We should show the vision of innovation rather than accusing us of minor issues."

This is a direct rebuttal to the leadership, including Chairman Yoon, who dismisses it as a personal opinion.

At the end of the article, "I will go unwaveringly for party reform and political reform, no matter what obstacles may arise."

Fellow Koreans, I will go unwaveringly for Party reform and political reform, no matter what obstacles may arise.

Even if it is a little noisy, please understand it widely as it is a pain relief for the Democratic Party that will change.

And choose the Democratic nominee.

Give us the power to change the Democrats.

I will definitely change the Democrats.

It is the spokesman who conveys the official position of the party, but Shin Hyun-young, spokesman for the Democratic Party, draws a line on the remarks of Chairman Park Ji-hyun as personal opinions.

He told reporters that there was a need for sufficient discussion on the 86 withdrawal theory, etc., and had a different opinion from Chairman Park.

First of all, I would like to say that it was my personal opinion on innovation and reform.

586 In relation to the theory of resignation, it is necessary to renew the people within the party.

However, it is something I need to tell the public after sufficiently discussing whether the uniform resignation of the 586 guarantees a successful outcome in the Uri Party's personal renewal and reform method

However, a certain amount of physical time is required for a sufficient, accurate and reliable investigation to be conducted.

Individual beliefs can be revealed, but it is necessary to separate the opinion of the party as a whole or an individual.

It is certainly unusual for a party spokesperson to openly raise an issue with the remarks of the non-commissioned chairman, the representative of the party.

It seems to be evolving by separating Chairman Park's position from the party.

This cave was discovered near the College of Engineering, Kunsan University, Jeonbuk.

It is an artificial cave presumably used as an arsenal by the Japanese army at the end of the Japanese colonial period.