Diane Parry confirmed her feat in the first round at the expense of defending champion Barbora Krejcikova by quietly dismissing Colombian Camila Osorio in 2nd to reach the 3rd round of Roland-Garros,… 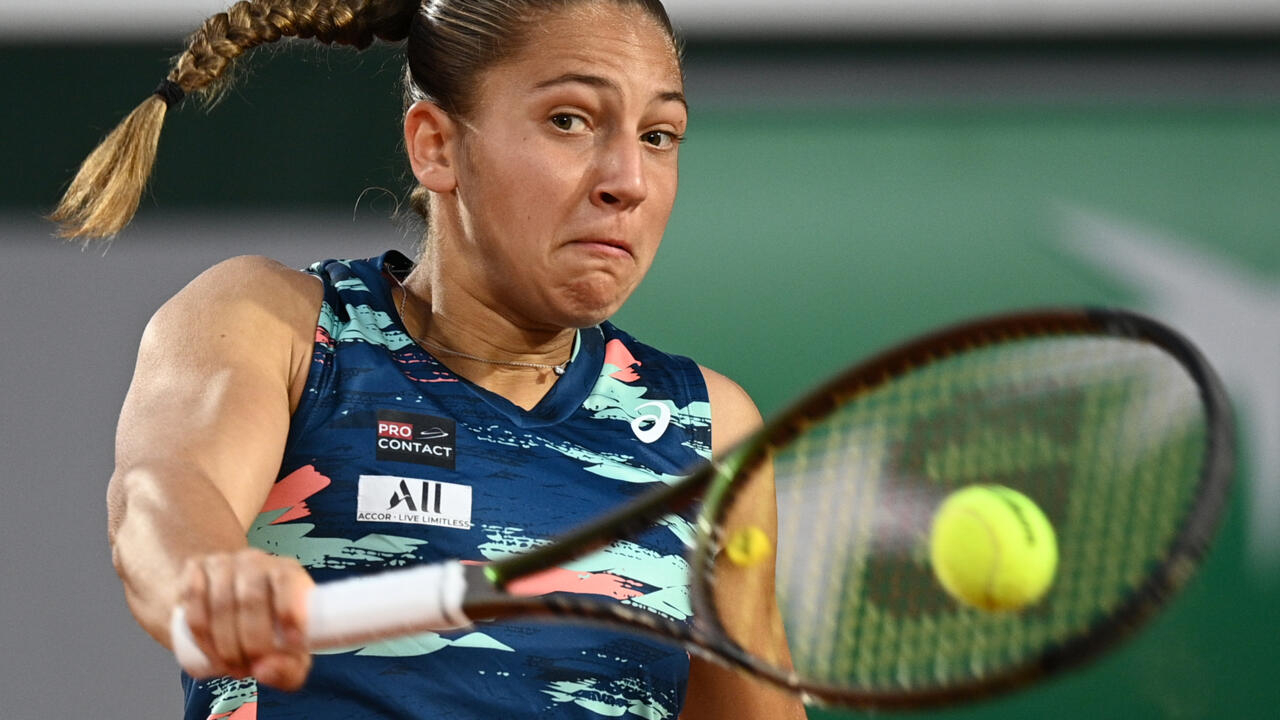 At 19, she will play for the first time in the third round of a Grand Slam tournament, having already reached 2nd in Paris in 2019 when she was still a junior.

"It's pure happiness and I will do my best to go as far as possible," she said.

We will have to start by dismissing the American Sloane Stephens (64th), finalist at Roland-Garros in 2018 and winner of the US Open 2017.

She will be a "good opponent" who has "a lot of Grand Slam experience", said Parry who intends to "continue to give (his) max and produce (his) best game possible".

The French Diane Parry against the Colombian Camila Osorio in the 2nd round of Roland-Garros, May 25, 2022 in Paris Christophe ARCHAMBAULT AFP

"Like today, I will have to be aggressive and super solid," she said.

Already, she considers her tournament successful "because it is (her) best result in Grand Slam for the moment".

However, she “does not intend to stop there”, she hammered in a tone full of serenity.

For Elsa Jacquemot in the women's draw, as for Grégoire Barrère, Richard Gasquet and Corentin Moutet in the men's, the bar was too high.

The French Elsa Jacquemot against the German Angelique Kerber in the 2nd round of Roland-Garros, May 25, 2022 in Paris Anne-Christine POUJOULAT AFP

"It was my first match on the Philippe-Chatrier. It's an incredible court. It wasn't easy. Getting on this court was magical," she commented.

Despite several hanging games, the 19-year-old Frenchwoman, former Porte d'Auteuil junior champion, did not know how to exploit her opportunities.

She only converted one break point out of 11 and her 44 winning shots were thwarted by her 40 unforced errors.

Gasquet (70th) was also too short, even if he did not come across a great Sebastian Korda (30th).

Frenchman Richard Gasquet against American Sebastian Korda in the second round of Roland-Garros on May 25, 2022 in Paris Thomas SAMSON AFP

The Frenchman, semi-finalist in Geneva just before Roland-Garros, has not passed the 2nd round of the Parisian Major since 2018, when he was beaten by Rafael Nadal in the 3rd round.

The same Nadal who had beaten him sharply last year in the second round.

This year, after a first round which was spread over two days due to the rain, the Biterrois resisted 2h19 before laying down his arms, not without having inflamed the public of the Suzanne-Lenglen court with some of his setbacks magical, precise, powerful or damped.

Gasquet participated in his 19th Roland-Garros where he reached the quarter-finals in 2016, beaten by Andy Murray, then 2nd in the world.

"I think I'll be there next year. I'm pretty sure of it. You never know what can happen in tennis but, in any case, the desire is there to continue. I don't have I don't want to stop at all," he said.

Finally, Moutet (139th and guest) dreamed of facing Rafael Nadal: the opportunity was given to him on Wednesday, moreover on the Central where the Spaniard largely wrote his legend by lifting the Musketeers Cup 13 times. .

Frenchman Corentin Moutet against Spaniard Rafael Nadal in the second round of Roland-Garros on May 25, 2022 in Paris Anne-Christine POUJOULAT AFP