In the press - Shooting in a Texas school: "A national suicide"

On the front page of the American press, this Wednesday, May 25, the reactions to the news of the mass killing that took place last night, in a school in Uvalde, Texas, where at least 19 children and two teachers… 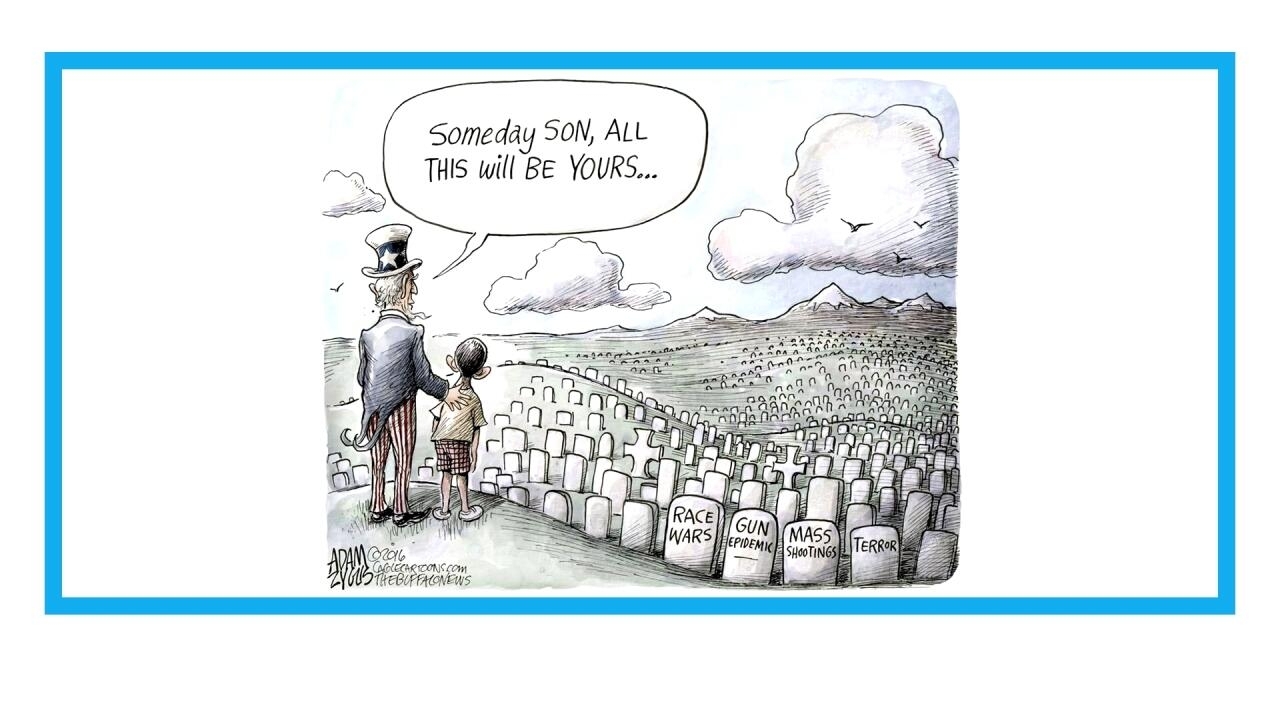 : Receive the France 24 press review every morning on your

On the front page of the press, the killing that took place last night in a school in Uvalde, Texas, where at least 19 children and two teachers were killed.

“Horrible, yes the word is appropriate, for these mothers and fathers who dropped off their little ones at school on Tuesday morning.

Horrible was the moment they heard the news.

Horrible will be their nights of endless tears.

Horrible will be the bright, sunny mornings, when they remember it wasn't a dream, when they see the bed is empty, with no lump under the covers, waiting to be awakened.

"But 'incomprehensible', the second word used by Republican George Abbott, is as much cowardice as it is a shameless lie", stings

“No one, and especially not the governor of a state whose gun laws are the most inane, irresponsible and dangerous in this country, should feel confused, or unable to understand the reasons for this. endless tragedy of the mass shootings in the United States”.

The conservative press has another explanation.

, the problem is less about guns and more about an “epidemic of mental illness”, which would drive children to kill other children – the alleged killer, killed in the shooting, is said to be aged 18 years.

The local daily evokes an “angry, disconnected, even desperate” youth, affected by problems that the pandemic would have “amplified”, “isolation, loss of social ties, addiction to screens” being presented as “a mixture toxic” adding to the “difficulties inherent in adolescence”.

According to the newspaper, one of the solutions would simply be to keep firearms “out of the reach of dangerous people”.

The statistics published by the American media are damning.

27 shootings at US schools since the start of this year alone, according to public radio

, which reports 34 such “incidents” in 2021. The Uvalde school shooting comes just 10 days after the Buffalo massacre, where 10 people were killed in a supermarket.

Joe Biden reacted by saying it was "time to act" against the gun lobby.

But the president's call to action is skeptical by

, which accuses him of having "played a pivotal role in failed efforts to enact meaningful gun legislation," despite a decade of mass shootings. , “from Sandy Hook, in 2012, to Uvalde, via Buffalo”.

The newspaper recalls in particular that Joe Biden had been asked by Barack Obama to lead, as vice-president, the battle with Congress, to fundamentally modify the legislation on firearms - a battle that Joe Biden did not knew, or could not, win so far.

The failure of this fight, and the repetition of mass killings feed the anger of the slayers of firearms.

"America has blood on its hands":

"Initially, these words were a cliché, then they became a joke, before rotting into national shame", indignantly the American magazine, which quotes the words of a former leader of the firearms industry , who said mass shootings were “good for business.”

, which evokes a "national suicide", quotes him, Abraham Lincoln, one of the American Founding Fathers, who predicted that the United States would never be overthrown by a foreign enemy and that the main danger for the American nation would be it -same.

"Is this where the American dream dies, not on a battlefield but in our own homes and in our schools, by our own hands and by the hands of our neighbours?" asks the daily.

This feeling of indignation mixed with powerlessness is shared by press cartoonists.

Walt Handelsman, whose cartoon is published by

, sees the debate spinning in circles and his country locked in a vicious circle: a madman, causing mass killings, public anger, thoughts and prayers , lax gun laws, hate speech, and so on.

The repetition of mass killings ended up creating conditioned reflexes - to do with the cartoon by Nate Beeler, for

, where we witness the reactions of some, calling for a ban on firearms, and others, addressing their thoughts and prayers.

In the cartoon by Adam Zygus, for

, Uncle Sam shares his legacy with the younger generation: the gun epidemic, the terror, the racism.

Also follow the Revue des Hebdos every weekend in multicast.