Hear children in Luleå tell why they think LGBTQI is important

Colors in all the colors of the rainbow, flags of different nationalities and song with urgings that one should not be afraid to be different. This is how the students at Porsöskolan in Luleå ended their rainbow week. 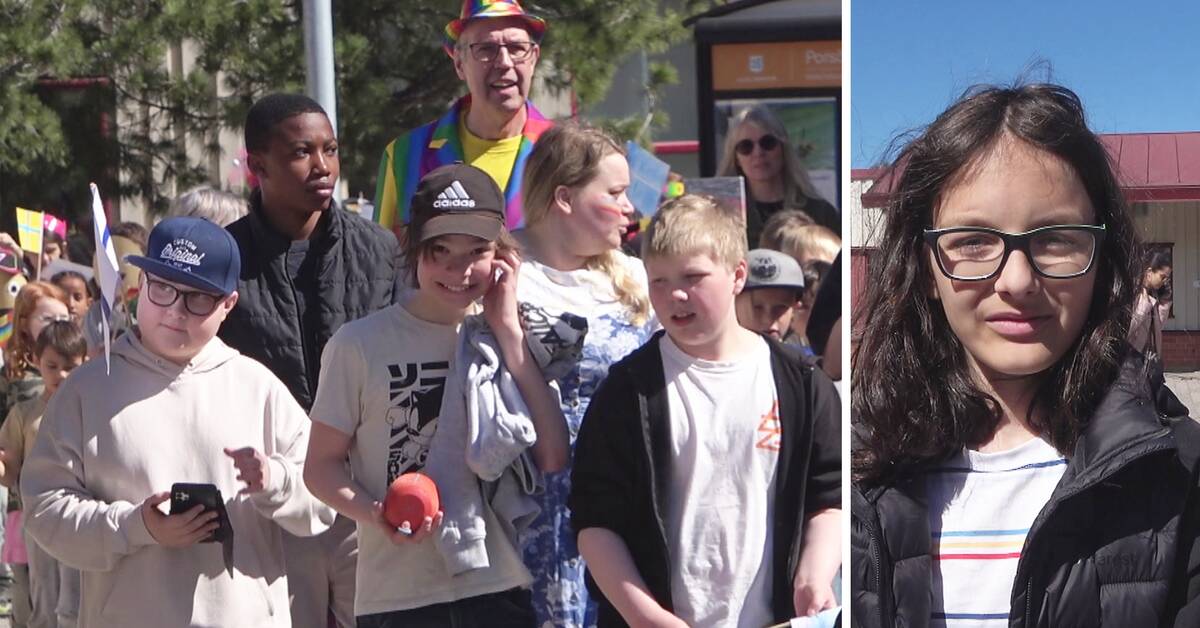 Rainbow Week is about students learning about LGBTQI issues.

According to principal Stefan Eriksson, it has to do with the school striving to be free from discrimination and abusive treatment and the theme is that students should feel safe.

Porsöskolan has worked with the issues since 2015 when the school became LGBTQ-certified.

- We have many children from different countries and this is a way that we work with the discrimination issues that are in the curriculum, says Stefan Eriksson.

The education adapted depending on age

The education has looked a little different depending on how old the children were.

In the sixth grade, the Red Cross has come in and lectured and to the younger children, the teachers have talked about that it is okay to be different.

The school staff has a basic knowledge of LGBTQI, which means that the teachers are prepared to answer questions that come up.

- It can be clear quite early for some children and then we want to be able to have adults who can talk about questions coming up, says Stefan Eriksson.

Porsöskolan has several nationalities at the school and the principal estimates that among the more than 200 students, there are upwards of 30 different languages.

He believes that there is much to be gained from talking about differences in this type of environment where there is a great diversity at school.

There they sing "you are not odd because you wear a veil or pray to a buddha" but this should be an ongoing work, says Stefan Eriksson.