In The Gambia, the government must give its roadmap today on the implementation of prosecutions against the former regime. A new step in the transitional justice process… 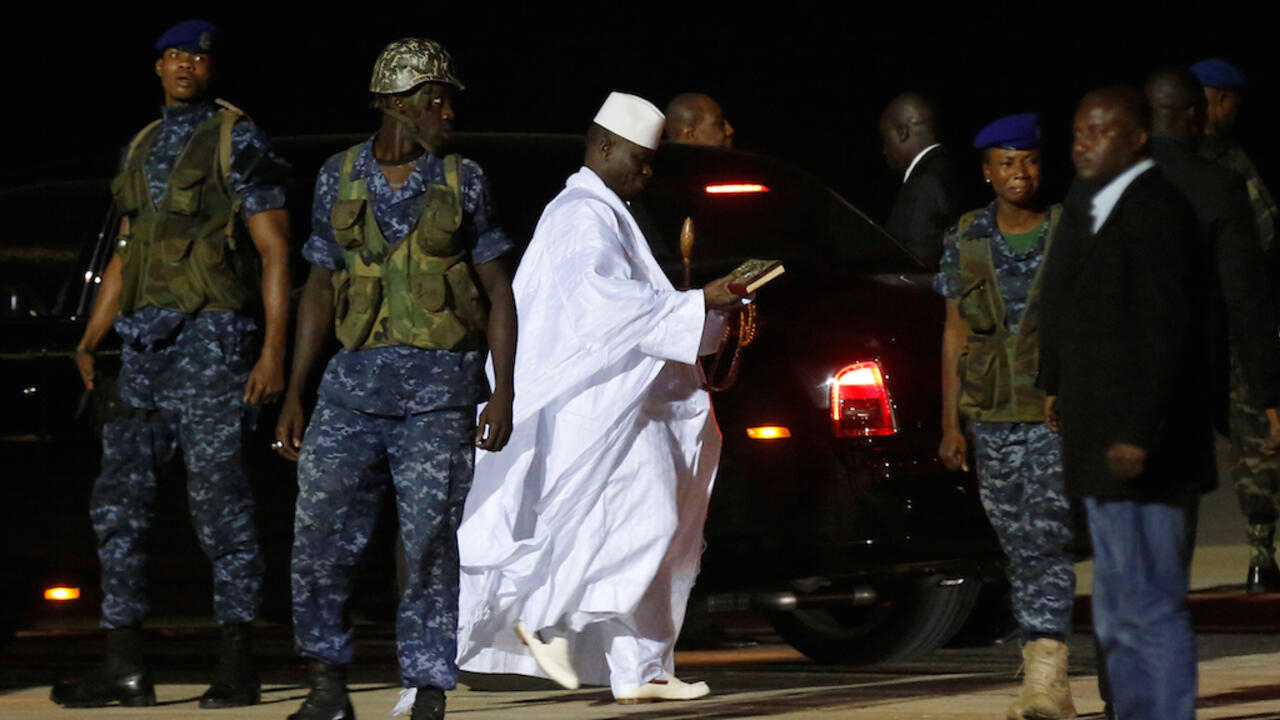 Yahya Jammeh during his departure from Gambia on January 21, 2017. REUTERS / Thierry Gouegnon

In The Gambia, the government must give its roadmap today on the implementation of prosecutions against the former regime.

A new stage in the transitional justice process started in 2017, after the exile of former President Yahya Jammeh in Equatorial Guinea.

A few hours before this decisive moment, meeting with Awa Njie, a widow in search of justice.

With our correspondent in Banjul

In the offices of the WAVE association, which helps women

of victims of the former regime

I was told: 'We can't talk about it, but your husband died last night'

Then I scream, I fall, I faint

After the death of her husband, Abdoulie Dot Faal, Awa Njie finds herself alone with her children.

Even today, she is struggling to get by financially, despite the financial compensation she received from the authorities.

Now, even to pay my rent, it's difficult.

Feeding myself and my children is difficult.

I have no one to help me

We need this justice”

In addition to these difficulties, she speaks of a daily feeling of impunity, with certain former figures of power still at large in The Gambia.

You meet them sometimes, in the street you see them.

You see that these people are enjoying life, while you are suffering with your children.

For this mother, in addition to more substantial reparations, what she hopes for is that justice be done: "

We need this justice to reduce the trauma that we have carried throughout our lives, since 1994