From June 1: Sobyanin announced a covid amnesty in Moscow

Moscow Mayor Sergei Sobyanin has announced a COVID-19 amnesty in the Russian capital. Within its framework, the collection of unpaid fines for violating anti-coronavirus restrictions will be stopped, while the Moscow government will pay subsidies to businesses and citizens to compensate for previously paid fines. According to Sobyanin, in total, the city authorities will stop collecting or compensate for about 13.6 billion rubles. The Covid amnesty will take effect on June 1. 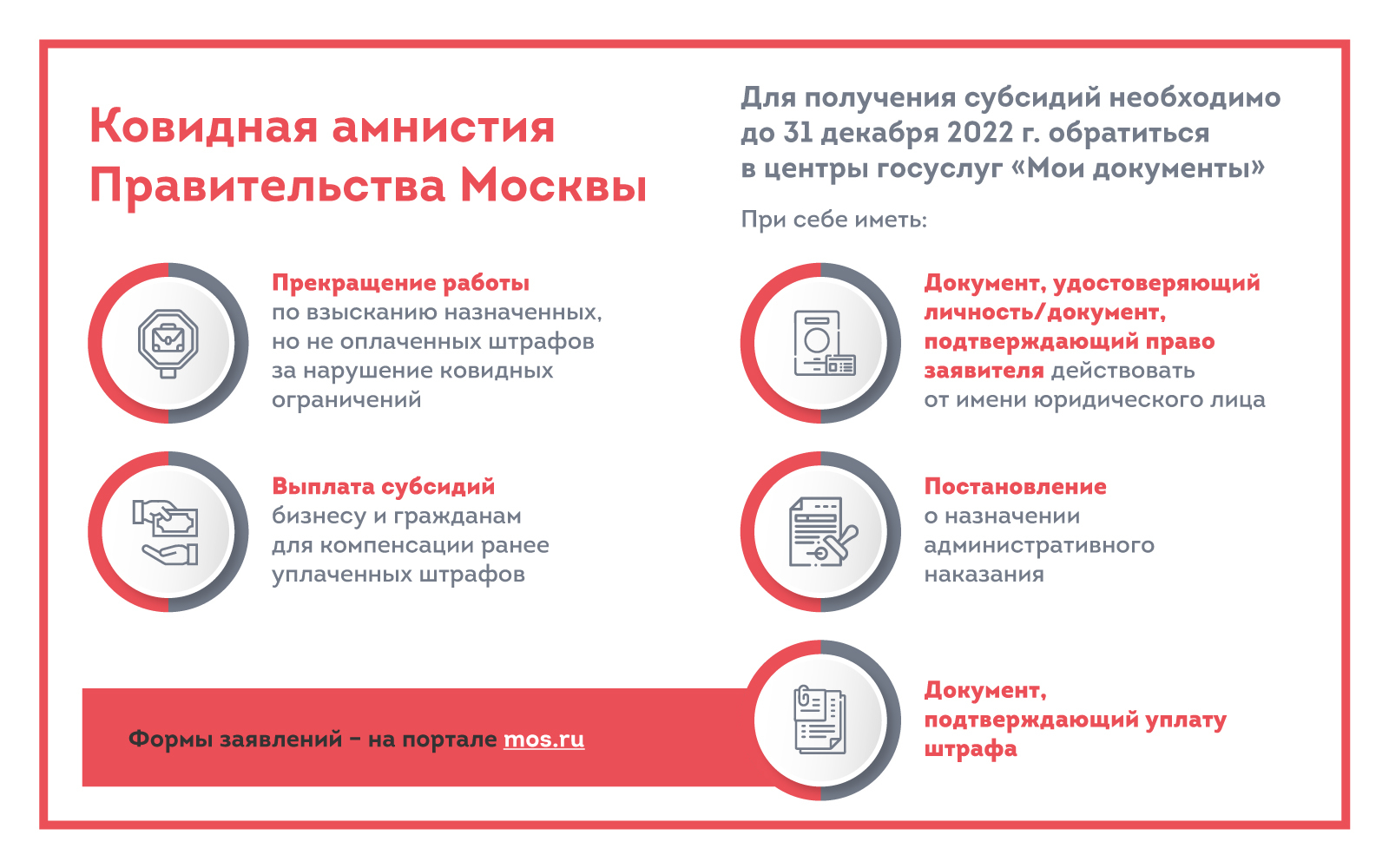 Sergei Sobyanin in his blog announced a covid amnesty in Moscow.

“The amnesty is subject to fines imposed by the executive authorities of the city of Moscow and subordinate institutions for violation of any covid restrictions, except for non-compliance with the isolation regime during the period of COVID-19.

And it’s understandable why: if a sick person left the house, then he deliberately endangered the lives and health of the people around him,” the mayor of the capital said, stressing that the amnesty comes into force on June 1.

In turn, the Moscow government will pay subsidies to businesses and citizens to compensate for previously paid fines.

As Sobyanin noted, in total, the city authorities will stop collecting or return about 13.6 billion rubles.

According to the mayor, this will become a tangible measure of support for business and Muscovites.

“In order to receive subsidies, citizens, individual entrepreneurs and legal entities can apply to the My Documents centers no later than December 31, 2022, attaching a decision on the imposition of an administrative penalty and a document confirming the payment of the fine,” he explained.

Statistics on COVID-19 and test system

Over the past 24 hours, 370 new cases of coronavirus infection have been detected in Moscow.

This was reported in the capital's operational headquarters.

Over the past 24 hours, 137 people have been hospitalized.

There are 75 people on ventilators in the capital's hospitals.

Over the past 24 hours, 359 patients have recovered in Moscow after undergoing treatment for coronavirus.

17 patients have died - all were diagnosed with pneumonia and tested positive for COVID-19.

On the eve of the head of Rospotrebnadzor Anna Popova said that Russian scientists today do not see the risks of a serious increase in the incidence of coronavirus infection in the country.

“Since our population has been ill quite high, not difficult, not difficult, but in large numbers, our scientists do not see the risks of a high new wave now, by the fall it is possible,” she said on the radio station Komsomolskaya Pravda.

At the same time, Popova noted that at the moment there are a number of countries where there is a “very intensive development” of the situation with COVID-19.

Against this background, she stressed that in Russia, preventive measures against infection have not been canceled, but suspended until the start of the season.

“The readiness is high, all the laboratories remain, everything is in a high degree of readiness.

The skill of our health care - to deploy beds, collapse beds - is also quite high.

But we also have a vaccine.

If we meet autumn, stimulating our immunity with vaccines, then we will have much less risks, ”she explained.

Meanwhile, in the Technopolis Moscow special economic zone, a single test has been developed to detect COVID-19 and influenza, Vladislav Ovchinsky, head of the investment and industrial policy department, said.

“This solution reduces the cost and simplifies diagnostics, which is fundamentally important for choosing the right treatment,” RIA Novosti quotes him.

According to him, the serial production of the test system will start in June 2022.

The first batch will be 100 thousand pieces.

“The innovation will make it possible to fill the need for Russian diagnostic systems, which is growing against the backdrop of the withdrawal of foreign suppliers from the market.

At the same time, its main advantage is accessibility for the patient, who will be able to halve their diagnostic costs,” said Veronika Osipova, CEO of the Imbian Lab developer company.