Conflict between the Democratic People's Republic of Korea and the United States has surfaced... "Is this the leadership?" vs "You have to be able to give an opinion" 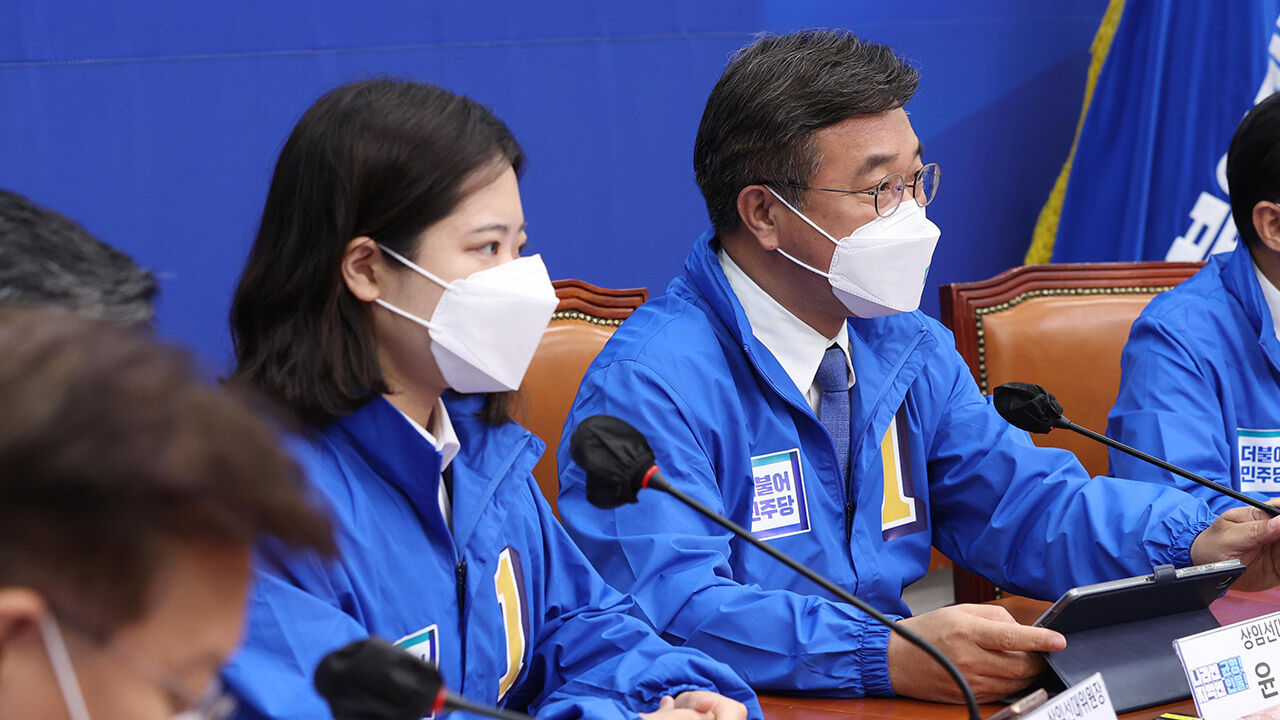 Earlier, over the format and content of yesterday's press conference, Yun Ho-jung, chairman of the Joint Emergency Response Committee, and others expressed their feelings of discomfort over the problem of coordinating messages between party leaders.

Chairman Yoon also cut back on Chairman Park's press conference yesterday, saying, "I know it from an announcement of a position at an individual level."

However, this morning, at the 'Joint Meeting of the Senior Citizens' Committee for Balanced State Affairs and Stability of People's Livelihood', Chairman Park Ji-hyun remarked on '86 group (students in the 80s, born in the 60s)', 'retirement', and 'prompt handling of sexual abuse cases within the party'. Conflict seems to intensify when released.

Chairman Park said, "We must prepare for a beautiful exit as we have fulfilled our role of restoring and establishing democracy," targeting the '86 group.

At today's meeting, Chairman Yun Ho-jung, who is classified as the '86 group', floor leader Park Hong-geun, former co-general director Kim Min-seok, and former Minister of the Interior and Safety Jeon Hae-cheol were present together.

In the remarks that followed immediately, General Manager Kim Min-seok expressed his displeasure.

Director Kim said, "I heard that various pending issues are being pursued in accordance with the party constitution and bylaws in the process of orderly innovation."

After the transition to private, many of the attendees complained about Chairman Park's 'protruding remarks' and there was a lot of shouting.

Rep. Jeon Hae-cheol was reported to have said, "It's okay to say anything, but you should consult with the leadership and make a public statement."

Chairman Yoon left the conference room after saying, "Is this the leadership?" In response to the point of 'message pre-coordination', Chairman Park is known to have rebutted, "Then why did you choose me and have me sit here?"

After meeting with reporters on the way to the car, Chairman Yoon met with reporters, saying, "I am in a position to represent the party. Isn't that what it is?" he said.

In response to reporters' questions, Chairman Park also emphasized, "I thought it was right to apologize together, but [Chairman Yoon] expressed a negative opinion and said the timing was not right," he said. I did.

He added, "The leadership consultation is important, but Chairman Yoon must also consider what is right."

Spokesperson Shin Hyun-young met with reporters after the meeting and said, "Chairman Park's remarks are a personal opinion for the party's innovation and reform.

Still, he indirectly expressed dissatisfaction with Chairman Park's attitude, saying, "It is important to reveal one's personal convictions, but it is necessary to separate party opinions from individual opinions."