Albanian football fans are sorry for the "unworthy" violence of AS Roma and Feyenoord Rotterdam supporters who came en masse to Tirana for a high-risk C4 final on Wednesday evening,… 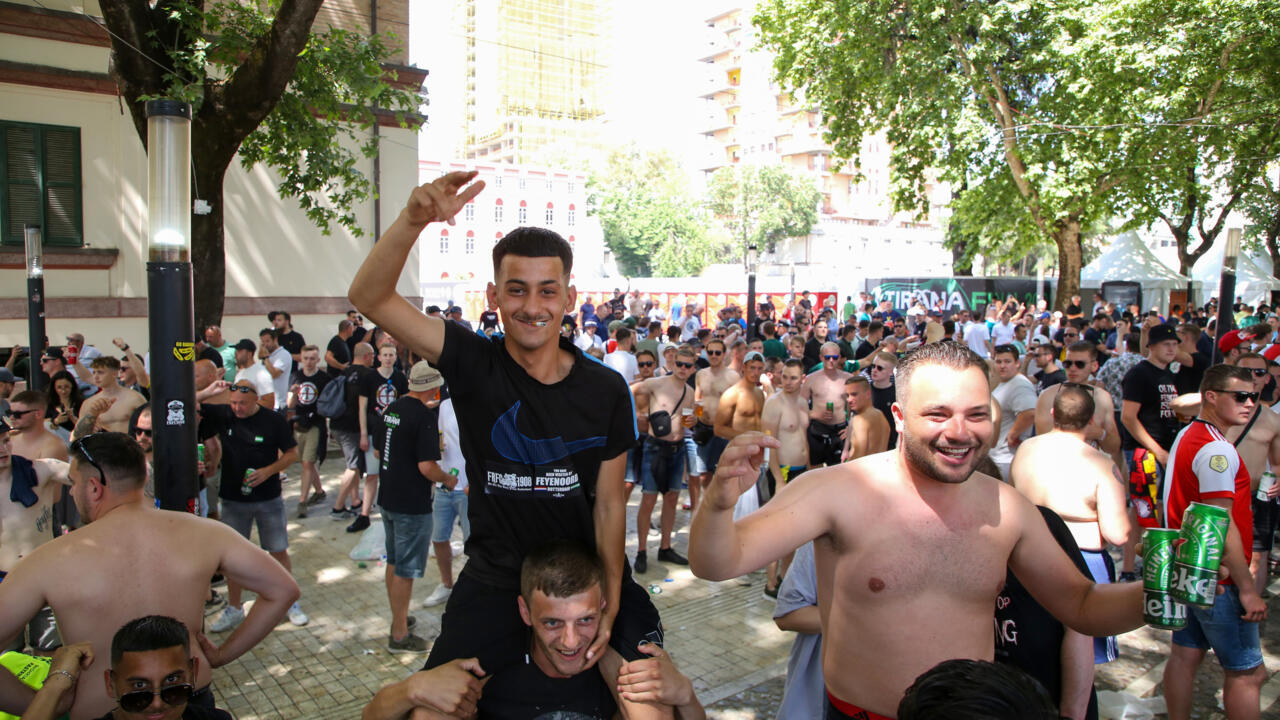 More than 100,000 fans from both sides descended on Albania to attend the final of the Europa League conference in the Tirana stadium, in the heart of the capital, a brand new structure but which only has 21,000 seats.

The crowd is unprecedented in this small Balkan country of less than three million inhabitants, which claims to do its best to ensure the safety of the meeting but suffered violent clashes the night before.

An Albanian fan of AS Roma like many of his compatriots, for whom Italy represents a privileged destination of emigration, was violently beaten up with chair beatings by drunken Dutch supporters.

In total, according to the police, ten people - five Albanians, three Italians and two Dutch - presented themselves at the hospitals for treatment.

"The acts of violence are not worthy of supporters from civilized countries", regrets Ilir Cani, 35-year-old engineer, hoping that the calm returned in the night will last until the end.

We must "think about the beautiful celebration of sport", he told AFP.

"The situation last night was very dangerous, with groups of drunken and violent fans attacking the police who wanted to avoid a confrontation between the two groups," said Endi Tufa, sports analyst.

"I hope the evening of the game will be calmer and everyone is focused on the game."

Feyenoord supporters in a fan zone in Tirana a few hours before the Europa League Conference final against AS Roma, May 25, 2022 in the Albanian capital Gent SHKULLAKU AFP

But some supporters have obviously come to Albania to do battle if we judge by the many weapons seized by the police, knives, brass knuckles, iron bats, wooden sticks.

Faced with this situation, the authorities have deployed more than 2,000 police officers, supported by Italian and Dutch experts, according to police sources.

They will also receive reinforcements from units from all over the country during the day.

The violence represented a "test for the police" confronted for the first time with "such a plan of measures and this organization", recognized its spokesman Gent Mullai.

However, he judged that she had "succeeded in passing it with professionalism".

About sixty supporters were arrested, the vast majority of them Italians.

About 80 AS Roma fans were deported at dawn to Italy from the port of Dürres on the Adriatic.

Fans of both sides must "behave properly in town and at the stadium" otherwise "the law will apply", warn the police, recalling that any act of violence against police officers is punishable by penalties of up to to seven years in prison in Albania.

In the meantime, people strolled in the sun on Wednesday in the streets emptied of the usual traffic by the authorities who declared a public holiday for schools and public administrations.